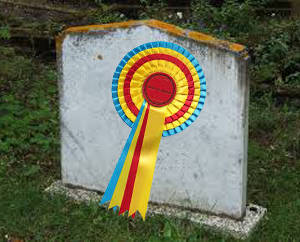 Having had years of experience in Scottish politics may not be the best qualification for discussing political realignment; it can seem like wandering through a graveyard. Certainly the record of starting new parties is dispiriting but the prospect of movement between parties or new coalitions may offer more potential.

But let’s remember some of the disasters so that we can start from a realistic perspective. The ‘breakaway’ Scottish Labour Party was formed in 1976 because of Labour’s perceived failure to produce a strong Scottish devolution scheme. Jim Sillars and John Robertson left the Parliamentary Labour Party to start the new party and were joined by Alex Neil who was a Labour research officer. They were supported by an impressive group of young talent – Colin Boyd (later Lord Advocate), John McAllion, Charlie Gordon (later leader of Glasgow City Council), Tom Nairn, Joe Farrell, former MP Maria Fyfe, Sheila Gilmore MP, Martin Sime (Director of SCVO). They had strong support from some of the most influential journalists in Scotland and big media coverage. Yet within two years they were a spent force. Internal disputes followed by expulsions had torn the party apart. One side argued that entryism by the IMG was the problem and the other side that it was autocratic leadership. The MPs lost their seats at the 1979 election and Jim Sillars then joined the SNP.

So any post-referendum ideas of a new party have to recognise that the odds are that it will start in a blaze of optimism and end a few years later in bitter recriminations. For people who want to see an effective left space in Scottish post-referendum politics, there are three other possible approaches – a focus on strengthening the left in one existing party, sustaining cooperative alliances across parties or bringing the left in the two major parties together in a new coalition.

The SLP had a lot going for it. There was at this stage a very lacklustre and divided Labour Party while the SLP had well-known leading figures, an agenda that should have been popular and, to begin with, very good media. But it was less clear whether there was political space for them. The SNP had high credibility, eleven MPs and had won over 30 per cent of the vote in October 1974. Many of the people they might have attracted were already in the SNP or were supporters and the SNP was a social democratic party. On the Labour side there was a strong core ‘payroll’ membership – MPs, Regional and District councillors, trade union officers – and still quite a strong section of traditional loyalist members. Voters already had a choice and the number of radical devo-max activists who were around and not in the SNP was probably quite small. But the splits were disastrous and came very early.

Let’s next turn to a UK-wide example which had an impact on Scotland. The left shift in the Labour Party after 1979 produced a breakaway by part of the Labour right. Former senior ministers – Shirley Williams, Roy Jenkins, David Owen, Bill Rodgers – set up the Social Democratic Party. They had considered but rejected joining the Liberals because they thought they could build a larger base among former Labour voters. Some cynics also thought that there were some very big egos involved who would not have transferred easily into another established party. They had a massively supportive media and a number of senior journalists like Polly Toynbee were active members. While 25 per cent of their members had previously been in the Labour Party and 10 per cent had been Conservative members, most had never been party members so they were making an appeal to a wider constituency of political ‘virgins’. Roy Jenkins won a by-election in Glasgow Hillhead in 1982 demonstrating that they were able to make some inroads in Scotland at the expense of Labour and the SNP. Some of it was just tactical; voters saw it in some seats as the best chance of beating the Thatcher government. But some were attracted for what they saw as idealistic ‘middle-ground’ reasons. The SDP had an electoral alliance with the Liberals and they didn’t compete against each other. Their combined vote in the 1983 election was 25 per cent. But there were leadership tensions and declining support. The momentum had gone. After the1987 election when all the leadership lost their seats, the majority voted to merge with the Liberals but there were bitter divisions and David Owen refused to join. The SDP’s main legacy was to ensure that Thatcher had large majorities given the nature of the Westminster electoral system and to give the Liberals/Liberal Democrats some increase in credibility.

Into the more recent period we have the case of Respect in England. Set up in 2004 as an initiative driven largely by George Galloway and the SWP. By 2007 there was bitter feuding and expulsions with two separate conferences and years of dispute over the name. The principal but not the only fault-line was the Galloway/SWP battle with George’s ethnic support base being more socially conservative and patriarchal. The battles are too complex and tedious to recount but have continued to the present. Even after Galloway’s Bradford by-election win in 2012 and council seat gains in the city, the splintering continued with five Respect Bradford councillors resigning earlier this year. It can only be described as a mess, discrediting the left yet again.

The Scottish Socialist Party saga is so recent and the wounds are still so raw that we are probably better avoiding contested territory. The sad thing is that for several years it looked as if it was going to make a coherent and viable contribution to Scottish politics. Formed in 1998 just before the Scottish Parliament was established, it brought together Militant, SWP, individuals from Labour and SNP and community campaigners. The new electoral system gave small parties opportunities. Tommy Sheridan won a seat in the first election and this brought some credibility. Whatever people may think about later developments, Tommy was politically astute in his parliamentary tactics focussing on attainable objectives like warrant sales and school meals. There was enough self-discipline in the party to keep internal problems subdued and fairly private. In the 2003 election they won six seats and prospects seemed very promising. The divisions in 2004 put an end to this and the rest is history. Tensions which had been there were intensified and brought into the open around the Sheridan trial. All their seats were lost in 2007.

One fairly new party which has survived but not succeeded in growing much is the Scottish Greens. There had been a UK Green Party (previously Ecology Party) since 1985 and elections in Scotland were contested, for example the 1989 Euro election. They became a separate Scottish Party amicably in 1990. They won one MSP seat in 1999, seven in 2003 and down to two since 2007 and they have a number of council seats. The Greens have played a positive role in Scottish politics. They have managed to avoid damaging splits but have not been able to grow significantly in members or votes. They do have the advantage of having a clear ideological position which is distinctive although others may share some of their policies.

What can we learn from the experience of new parties that could offer any guide to post-referendum initiatives? All parties have personality and policy tensions but it is easier to contain them in larger parties with established structures and cultures. The people forming new parties will tend to have a considerable proportion of strong personalities with high expectations. They will expect to have direct control over most decisions and many on the left have an automatic distrust of leaders who rise above the rank and file. When disagreements arise, they can quickly become toxic and there isn’t a big enough base to contain them. The Westminster electoral system makes it extremely difficult for any new party to break through unless they have a very concentrated geographical base. It is much easier in Holyrood elections but the electorate will still tend to prioritise getting the government they want rather than voting for the party which best reflects their opinions irrespective of whether it has any chance of being in power.

So any post-referendum ideas of a new party have to recognise that the odds are that it will start in a blaze of optimism and will probably end a few years later in bitter recriminations. This doesn’t mean it should never be tried, just that alternative strategies should be tried first. For people who want to see an effective left space in Scottish post-referendum politics, there are three other possible approaches – a focus on strengthening the left in one existing party, sustaining cooperative alliances across parties or bringing the left in the two major parties together in a new coalition. The first option doesn’t require organised ‘entryism’. In the late 1960s many people on the left saw the development of the SNP and the possibility of a Scottish Parliament as offering fresh opportunities and on an entirely individual basis joined the SNP and helped to make it a predominantly centre-left party. The substantial growth in membership in that period and the social democratic nature of its policies made it a major player in Scottish politics, winning over 30 per cent of the Scottish vote by 1974. So post-referendum (whatever the outcome), activists might quite informally decide that joining the SNP or Labour or the Greens or the SSP was the most promising way forward.

If it is a Yes vote, the party which will have to face radical reorganisation is Labour. For the first time it will have to determine its own policies and structures without Westminster so there will have to be a lot of change and, perhaps, opportunity. Especially if there is a Yes vote, both the Greens and the SSP will be in a stronger position having campaigned actively for independence. They have limited but sufficient organisational structure to get involved in the major initiatives that will follow from Yes like developing the new constitution and preparing policies for the first elections. The SNP would clearly be in a strong position for a few years but debates would open up after the necessary discipline of the pre-Referendum period. Overall we could expect politics to be genuinely interesting even exciting and this might mean the potential for big increases in party membership. If it was a No vote, it would be the SNP which would require major internal debates about its future direction but it would have the Holyrood elections to give it purpose.

Unlikely as it seems at present, there might eventually be some opportunity for left sections of the SNP and Labour to come together in a new alliance. This and other forms of cooperation would be difficult in the early years because of the electoral cycle with Holyrood elections less than two year after the Referendum and (if the vote is No) Westminster elections in less than a year. The self-interest of parties large and small tends to take precedence close to elections. The one thing which should and can be done quickly is to develop structures within which those on the left in different parties and organisations can come together and work on policy objectives. The challenges of independence or the problems likely to develop in Scotland after a No vote are big enough to bring a substantial number of the left to the table. Some of these structures are in place – RIC, The Jimmy Reid Foundation, the STUC. Whatever we do, it needs to be organic and flexible, not a doctrinaire, rigid initiative. We don’t know yet what the opportunities will be in the post-2014 circumstances but we do have an idea of what we would like to achieve.