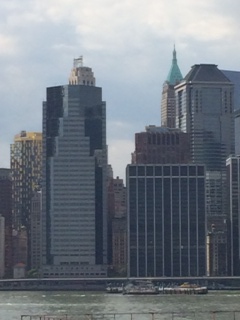 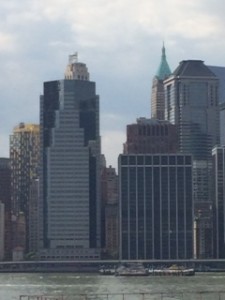 We invited key people from the environmental NGOs to tell us ‘Why do environmentalists need to understand economic alternatives?’ Here, the challenge was taken up by Andy Myles from Scottish Environment LINK, Helen Todd of Ramblers Scotland and Liz Murray of Global Justice Now.

Environmentalists need to understand that economics is neither a pure nor an observational science. Indeed, as a tool for pursuing the truth, economics is at best an intellectual inquiry, which may be considered an immature social science or a minor branch of mathematics.

Further, and sadly, it is a field which has often led to the establishment of dogmatism, with each wave arrogantly proclaiming that ‘there is no alternative’. Think mercantilism, capitalism, Marxism, neo-liberalism or corporatism. This is patently nonsensical. Within such an ill-defined field, there must be myriad alternatives.

The need for environmentalists to understand the economic alternatives is quite simple. If we accept that economics is a primary driver in human society, alongside environmental and social development, all three need to be understood in order to prevent any single one emerging as the dominant factor in our decision-making. As things stand, economics has become dominant, and worse, is firmly rooted in the exploitation of both people and the environment.

The ‘development’ of human society is highly unlikely to be ‘sustainable’, and equally likely to be environmentally damaging, if things are left this way. After all, in a finite biosphere, after ten thousand years of civilisation, over-exploitation is why we face the disaster that is climate change.

We live in a complex world. Remote, centralised governance structures mean decisions are not taken locally. So we have created decision making tools and processes which ensure a range of stakeholders are involved and social, economic and environmental aspects are considered. Add to this complexity a global market which affects our lives without our ability to influence it and, clearly, developing a new policy, project or strategy which considers all sides is a difficult task.

Too often economic arguments dominate. How do environmentalists respond to this? Firstly, NGOs have a trusted position in society which suggests a role to engage with the public, to raise awareness that the environment is the context for everything, for our very existence on the planet – and for our economy.

Secondly, we need to challenge the prevailing narrative with its overriding emphasis on economic growth. Everyone accepts GPD is a poor measure of what we really value in life and yet it still overshadows any alternative.

Finally, we need to influence the development of the actual mechanisms themselves. Yes, a monetary value can be calculated for some of our ecosystem services, but while a sitka spruce plantation and an ancient woodland may both score similarly in terms of carbon sequestration, the intrinsic, intangible values of nature somehow need to be captured too.

Environmentalism that fails to engage with the threats to the planet inherent in current economic orthodoxy is not worthy of the name. It is impossible to understand these dangers without reference to the perverse incentives that are core to the current economic system. But it is equally important to understand that some of the proposed ‘solutions’ to these problems can be just as dangerous as the problems they are supposed to address.

One such threat comes from those who seek to create new markets out of natural processes and resources. The drive to monetise activities such as the protection of endangered species threatens to subject the fate of whole species to the whims of the market. More broadly, monetising nature threatens to limit access to it, leading to a more unequal world in which only the rich have access to the fruits of ‘natural capital’, leaving the rest of humankind to live in a kind of perpetual ‘green’ austerity.

There is no simple solution to the problem of planetary limits. It is clear that better technology, intelligent policymaking and regulation are part of the answer. But unless we grapple with the necessity of radically reforming the underlying economic system, these are unlikely to be enough.