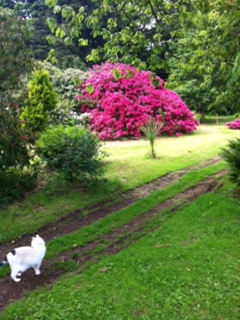 The guest editors invited politicians from the three left parties in Holyrood to respond to the following question: ‘What are the main barriers to an environmentally sustainable economy in Scotland and key steps to overcoming them?’ Here are their responses (in alphabetical order of last names): 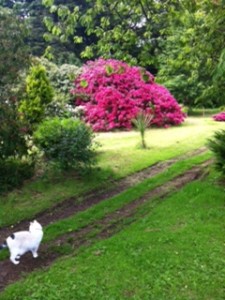 The barriers to a more environmentally sustainable Scotland aren’t a lack of ideas and technology. The challenge is sustained political leadership and determination to carry through the path set out in our Climate Change Act 2009 and the Scottish Government’s ‘Report on Policies and Programmes’. We need both public and private investment focused on services and infrastructure which will deliver transformation.

At the British level, the new Tory Government is setting off in completely the wrong direction but in Scotland there’s still much more effort needed to breakdown silo thinking and determination needed to drive the transition right through all government departments. Change needs to be led in transport, energy, housing and agriculture. And we need finance and incentives to deliver across the public sector as the new public sector duty kicks in.

We also need to unlock the energy and knowledge of local communities and the capacity of local government to transform people’s day-to-day lives. Warmer, energy efficient homes, high quality sustainable transport options, cooperative, community energy and heat projects, community greenspaces and gardens, need to be part of a wider programme of regeneration which tackles inequalities, but also creates a circular economy which creates new economic opportunities across Scotland.

Tackling inequality, reducing poverty, and promoting environmental sustainability are perhaps the defining political challenges of our day. In many ways, Scotland is leading the way with ambitious goals for carbon emission reductions, an innovative global Climate Justice Fund, and an inspirational fresh focus on inequalities from First Minister, Nicola Sturgeon. There is always more to be done, of course, and many of our ambitions would be easier to achieve with a more powerful Scottish Parliament, ultimately with the full responsibilities of an independent nation. Reversing recent Westminster Government cuts to onshore wind subsidies, and the bizarre application of the climate change levy to renewables, would be a good place to start. Better and faster investment in public transport infrastructure, including extending High Speed Two to Scotland, would also help. And I’m a big believer in active travel – walking and cycling – as one the best forms of recreation, transport and exercise. Making it easier, cheaper and healthier for people to go about their business or leisure activities will also be better and more sustainable for the environment in the longer term. An environmentally sustainable economy is achievable – what Scotland needs are the powers to match our political will to get there.

Scotland can have a jobs-rich, low-carbon economy if we challenge both the British and Scottish Governments, and the belief that bigger is better. Conservative ministers are on an anti-Green crusade, doing everything from scrapping subsidies for renewables to privatising the Edinburgh-headquartered Green Investment Bank. Holyrood must unite in fighting this agenda.

SNP ministers have failed emissions targets four years running, so any policy that adds to the problem must be rejected. Let’s use the opportunity of devolution of air passenger duty to get highly-profitable, heavily-polluting airlines to pay a fairer share of tax, and target the wealthy jet-set rather than families going on an annual holiday. Let’s retrofit our housing stock to create thousands of jobs and cut fuel poverty. John Swinney agrees with me that this should be a national infrastructure priority. And, let’s get workers and communities involved in a managed transition away from fossil fuels and towards clean energy, rather than waiting for the next crisis to set up a taskforce.

By spreading jobs to all regions, and encouraging entrepreneurs and SMEs, we can build resilience. Half of all Scottish businesses are based in the home so our focus should be on issues such as broadband rather than grants for tax-dodging multinationals whose profits escape us.