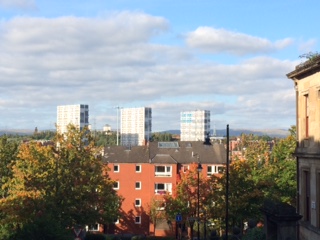 The Grenfell fire and the appalling loss of life was a disaster waiting to happen. It sums up everything rotten in Tory Britain – gross inequality, social cleansing and a political elite for whom the working class is both feared and ridiculed. A week after, a rattled Theresa May promised those forced to move would be rehoused in 3 weeks. There are over 1600 empty properties in the area, most owned by the super rich, yet over 2 months on survivors are left struggling in temporary accommodation or in hotel rooms. At a Grenfell Action Group campaign meeting last week, one of the survivors called May’s promise, ‘a lie to the newspapers’.

Overcladding was chosen at Grenfell partly to make the tower more pleasing to the eyes of the local rich. Kensington and Chelsea council – the wealthiest patch in Europe – saved £5,000 by choosing inferior cladding that is banned far and wide because it is so highly flammable. Yet the present set-up encourages this kind of cost cutting. Indeed, £369m will be spent refurbishing Buckingham Palace, yet there was no money to put sprinklers in flats a stone’s throw away. Many who died in Grenfell would be alive for the sake of the cost of a sprinkler system -£200,000.

The authorities estimated the dead at 80 but the real figure may never be known. Undocumented migrants will not come forward and report deaths if they fear resulting deportation. It is probable that more people died in Grenfell than in all the terror incidents in Britain in the last 15 years yet nobody responsible for Grenfell is dragged off for questioning. On the Sunday following the fire, Tory chancellor, Philip Hammond, admitted the cladding used was illegal on a building as high as Grenfell. To date, there have been no arrests.

Grenfell is about more than the shortcomings of Kensington’s Tory council. The cladding fitted there was used on 30,000 buildings across Britain. Lack of adequate fire safety is another deadly symptom of how council housing has been neglected for decades. Mismanagement and decline is the result of deliberate underinvestment by successive governments.

The week after Grenfell, the Washington Post ran a story about the Trump Organisation’s activities in India. Under the headline, ‘Where corruption is a building material’, it described how Trump’s company is buying up tracts of land in India’s booming cities where bribing officials is the way to get building regulations relaxed.

The next day CBS News reported the firm that supplied the cladding for Grenfell Tower is New York -based and knew the materials were unsafe for a high rise. They claimed it wasn’t their responsibility to enforce UK building standards.

Scotland’s devolved housing policy is not exempt from such chicanery. The SNP government is happy to privatise services and tender public works to construction companies implicated in blacklisting. While it’s true Scottish building regulations are generally tighter than their English counterparts, Grenfell could have happened here. There are 3 occasions in the recent past when it nearly did.

Concerns about cladding were highlighted in a parliamentary report into the Garnock Court tower block fire in Irvine in 1999. Prompt action by fire crews meant people were rescued from the twelth floor. The report called for a tougher testing regime, the use of non-combustible materials and contained a stark warning. In 2009, a fire at Waddell Court in the Gorbals saw an elderly man killed. The subsequent investigation called for improvements to fire stopping measures. Two years ago a fire spread across 8 storeys at a GHA tower block in Springburn, just two years after cladding and balcony enclosure work was completed. Again further fire-stopping measures were carried out afterwards.

From the 1950s on, 1,000 high-rise blocks were built in Scotland. Despite recent demolitions Glasgow still has the highest concentration in Britain, with 96 of them scheduled for refurbishment in the coming years. This work will be done through ‘a business partnership’ with the construction firm, Wates and at a contract value of over £83m. Since 2005, any new high-rise built in Scotland must be fitted with a suitable sprinkler system. But there is no law compelling landlords – private or public -to retrofit pre-2005 high -rise blocks with such a system. There should be.

Despite SNP promises to the contrary nothing has changed for the better since. But health and safety may be the rock upon which the neo-liberal consensus founders. For years the Tory media loved to bang on about how ‘health and safety and red tape had gone mad – a needless burden on business’. After Grenfell, their gas is at a peep. The ideology that puts profit before people is failing. Our side needs to push home the advantage and topple this weak, hated government.

Dave Sherry is a retired Unite member who until recently worked in housing maintenance and development and was secretary of the Unite Scottish Housing Associations Branch.