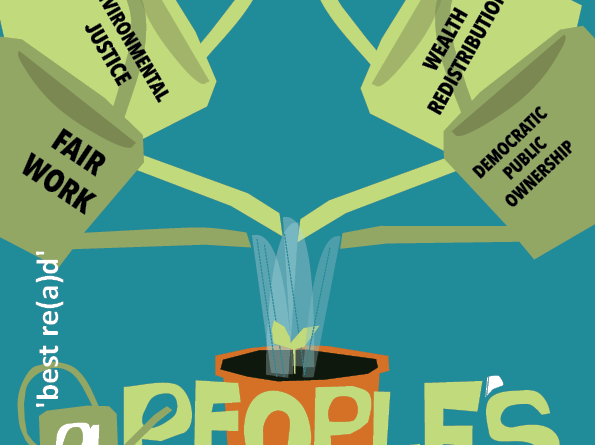 Boris Johnson, for his Tory government, proclaims how ‘incredibly generous’ it is being to those affected by the impact of the lockdown restrictions. Not only is this a barefaced lie – with the added pizzazz that you’d think it was his own (and not taxpayers’) money being ‘given’ out – but everything has been granted so grudgingly, with limited concessions having to be wrung out of the Tories. In the last issue, we characterised the furlough scheme as a Boots’ ‘meal deal’ – cheap but not very cheerful for those put on it because they ordinarily lost 20% of their wages. The ending of that scheme on 31 October and the rolling out of a more sectorally based short-time working scheme from 1 November is financially even worse for those covered by it – and employers contribute even less to it than before they did in the previous scheme. (Subsequent to writing this, the original furlough scheme was re-introduced after a new national lockdown in England was announced.)

Add to this, the issues of lack of free school meals in holiday times, ludicrous plans for retraining those whose jobs are now deemed ‘unsustainable’ (at the same time as defunding Union Learning) and continuing but groundless bombast about world-beating test, track and trace capacity and it’s not hard to see why more and more people – even in the Tory ‘red wall’ areas – are coming to see Johnson and his ilk as super-spreaders of so much misery. This is, indeed, la vida loca – the crazy life. Labour under Starmer has maintained its overall neck-and-neck position in the polls with the Tories. But, despite Starmer’s polished performances, not only is there a lack of righteous anger in his delivery but Labour should also be away ahead in the polls. After the killing of the Corbyn leadership, Starmer was presented as the acceptable and necessary face of an electable Labour. He’s certainly delivered on that on a host of fronts, from abstaining on the likes of the Tories’ Overseas Operations, and ‘SpyCops’ (The Covert Human Intelligence Sources (Criminal Conduct)) Bills – to preventing criticism of Israel. These all seem to do with proving that Labour is patriotic. If it is the case, as the Labour right argues, that this is the patriotic path to power, then something has come badly unstuck. Maybe ferocious attacks on a Tory toff PM who believes his own bombast would resonate a lot more allied to advocating huge tax increases on the super-rich for the benefit of the poor.

As we go to press, we do not know how Brexit and the US presidential election will play out on these matters. But they are unlikely to ease the Tories’ travails or Labour’s lethargy. As is often heard in these times and in this context, it’s not ‘rocket science’ to understand why support for the SNP Scottish Government and for independence are at all-time highs. Though Sturgeon may be savaged by the ‘Save oor swally’ brigade, her government’s real ‘missteps’ can be found elsewhere – like allowing universities to re-open halls of residence and conduct face-to-face teaching in order to protect their revenue streams or subcontracting out the test and trace service to the private sector. As Scottish Labour continues to dither in the electoral doldrums, the Scottish Greens have made a pitch for many of Scottish Labour’s remaining traditional working class voters by endorsing proposals which are found in the STUC’s Peoples’ Recovery report – see Roz Foyer’s lead article in this issue.

In these circumstances, all those on the left will benefit from reading the Jimmy Reid Foundation commissioned pamphlet by Professor James Mitchell of the University of Edinburgh. Called ‘The Scottish Question revisited’, he asks searching questions of all sides on the union-independence divide. The pamphlet can be bought from the Scottish Left Review website – https://www.scottishleftreview.scot/

• STOP PRESS: As we go to print, Jeremy Corbyn has been suspended from the Labour Party. The reason given was Corbyn’s statement that the problem of anti-Semitism in Labour has been ‘dramatically overstated for political reasons’, an observation shared by the SLR. It is a grave attempt to restrict the right of reply and open debate. This spurious charge constitutes a continuing declaration of war against the left as was predicted in the last issue of our magazine (see https://www.scottishleftreview.scot/analysing-the-contours-of-the-one-of-the-most-successful-political-campaign-of-recent-years/). We will fully cover the issues in our next issue.

Labour at the crossroads – which way will it turn?