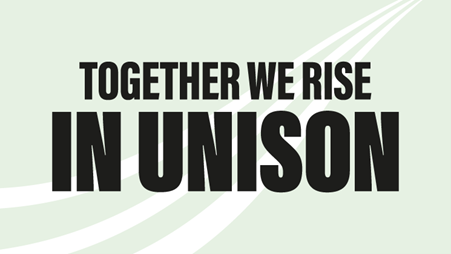 Faced with demands for decent public sector pay, the Scottish Government tends to point to London and claim that budgets are fixed. There are many things union members simply won’t be buying this winter and the London blame-game is one of them. Of course, there are constraints but the effectiveness of this Scottish Government must be gauged by how creatively it plays the hand it has been dealt. Thankfully, there are signs that discussions on how to fund fair pay are beginning to open up as pay negotiations with cash starved employers were stalling. Better late than never: it’s always good to talk.

With the hope that these openings are meaningful, it is important to do three things: understand the inspiring surge in union activity, recognise the scale of the looming financial threat, then deploy every available tool in defence of the people who serve our communities. In the world after Covid, nothing less will do.

Lazy analysts have said it’s a cruel fate that serves up an economic crash before the Covid crisis has been resolved. But a more critical eye tells workers their experience does not flow from misfortune. People do not starve by accident. That applies to the Covid pain we’ve enduredd; it applies equally to the economic pain to come.

Covid came to everyone but it was poverty, inequality and occupation that shaped infection rates and the heightened risk of death. The cost-of-living crisis will be no different. We’re not in this together. We face the same storm, but we sit in very different boats. It’s no wonder unions are growing and picket lines are forming.

And it’s not all about Covid, energy prices and the cost-of-living. This anger runs deeper than that. Public sector workers in Scotland cannot forget and will not forgive the crisis before Covid. The austerity dumped on public servants by a government that went ‘soft’ on the criminal greed of traders and investors. Austerity is not just a psychological scar: it’s ten long years of jobs lost, wages slashed and services underfunded. Public services are chronically underfunded, councils and the NHS cannot fund fair pay and workers are saying ‘enough is enough’.

There was no respite from austerity before Covid hit and part of the surging anger today is the injustice of all that has gone before. Take health and social care workers for example. Low pay and no safety. Trauma, bereavement and burnout. Avoidable infections and tragic deaths. All linked to race, gender, disability and class. Then, after the applause, a vertical plunge into poverty and debt. It’s little wonder that workers are angry. Enough is enough.

In that context, it is neither accurate nor helpful to allude to the Tory analysis of the 1970s and blame wage inflation for recession when workers and their families know the true epicentre of the seismic shock facing Scotland. It’s not a wise move to abandon valued workers to poverty and then blame them for their debt. Nor is it accurate or helpful for Scottish Government to point to devolution constraints and blame London. Yes, the UK Government should cap fuel prices and abandon the folly of tax cuts. But workers rightly expect Scottish Government to do all that it can within its power. Here, we can look to recent precedent that gives us all some scope for optimism.

As Covid was surging, and the Johnson was boozing and schmoozing, Sturgeon took a different path. Let’s do the same again. When the Tories were dishing out Covid contracts to their pals, the Scottish Government came to the unions and put Fair Work at the heart of the Covid response. We can build that partnership again.

When Westminster bailed out tax-dodging care companies, Scotland said ‘No’. If your business undermines tax funded services when profits are good you can say goodbye to help from the Scottish Government when unsafe workplaces leave care beds empty and families bereft. Let’s take a common stand on corporate greed.

When infected workers were pressured to keep working because they faced a pay cut for following Covid guidance, Scottish Government found the money for Covid sick pay. Where there is obvious hardship, let’s find a way to intervene. Granted this is not evidence of financial schemes bold enough to fund fair pay. But it is what we might call ‘standing up for Scotland’. So, let’s talk about funding.

What we propose is something similar to the recent dialogue with anti-poverty agencies and the proposed summit meeting with energy companies, building alliances with the social partners and responding to the plight of workers who have repeatedly faced up to a crisis they did not cause.

What follows is a short, by no means comprehensive, series of suggestions of where and how the Scottish Government could find more money for public services and those who provide them.

These are offered not to suggest they form a complete solution to spending issues, but as an indication of the kind of thinking that needs to be done to rescue public services from their current overlapping crises. Many of them relate to local rather than Scottish Government. This is deliberate. Standing up for Scotland must include standing up for local democracy – allowing local government its own freedoms and responsibilities. Giving councils more freedom would improve public finances, diversify the funding base and shift the focus from earned income to excess wealth.

1) Ending or reducing the Scottish Government Small Business Bonus Scheme, which has cost well over £2bn in the 13 years it has been in place offering non-domestic rates relief to small businesses. It is now costing public funds £279m a year. A March 2022 Fraser of Allander Institute investigation ‘could find no empirical evidence that identifies the SBBS as supporting enhanced business outcomes’. However, the researchers were only working with limited information. This in itself is a result of the Scottish Government’s reluctance to interrogate the effectiveness of this flagship policy.

2) If the rates for Land and Business Transactions Tax (LBTT) were adjusted to increase revenue, even by as little as 10%, this would raise an extra £40m on top of current revenue of only £402m as Revenue Scotland figures in 2021 showed. This is an absurdly small tax when the value of the residential sales market alone was, according to the Registers of Scotland, £18.5bn in 2020-2021.

3) Increasing the Additional Dwelling Supplement – the LBTT charged on second or third or buy to let homes – by 2% to 6% would raise another £56m. It is difficult to accept that those in a position to acquire a second or third home are amongst that number.

4) A March 2021 IPPR Scotland report indicated that reducing the threshold for higher income tax to £40k (from the current £43k) would raise £690m. This was described as a ‘social renewal supplement’ on higher earners in Scotland. It is worth noting that there are implications for the Scottish Government budget from the pledges by the Tory leadership candidates to cut taxes, discussed in detail by the Fraser of Allander Institute in August 2022. It pointed out that UK Government tax cuts could force the Scottish Government to choose between having lower income taxes for most in a supposedly fairer tax system than in the rest of the UK, or ‘emphasising the merits of a relatively higher tax burden for public services’.

5) Increasing the landfill tax from the current UK level.  This tax is devolved to Scotland with rates currently unchanged from the UK-wide rate of £98.60 per tonne or £3.15 per tonne. Increasing the rate combined with investment in recycling initiatives could increase revenue and help Scotland to take care of its waste in a sustainable way.

6) Pursuing a solution with the UK Government to Scotland raising the Air Departure Tax above the UK equivalent Air Passenger Duty. (Scotland would only receive the increased amount, due to adjustments to the block grant for the rest.) Any action is seemingly being held up by trying to work out how to stop Highlands and Islands airports being impacted, even though their flights are a tiny proportion of flights from Scottish airports.

7) Local authority funding: The Scottish Government kicked replacement of the council tax into the long grass and imposed a council tax freeze for 9 years. Since 2016, the Scottish Parliament has had the ability to levy any tax it wants provided the money is used to fund local government. But there is no indication that, if they organise the promised Citizens Assembly to draw up proposals to replace the council tax, any legislation will come before the 2026 election. A new system is needed as council tax is currently only about 13% of council funding. Before then, however, it is entirely possible and do-able quickly, for the system to be made more progressive, with more bands and with bills increased for the most expensive properties. To give just one example – an increase of just £100 per property for the most valuable 25% of properties in Scotland (Bands FGH) would net £69m. According to the IPPR in April 2021, more could be raised from the 144,000 properties in Scotland with a median price of £500,000+.

9) Tourism taxes are widely used elsewhere. A promise was made in the programme for Government 2019 to consult on and legislate to allow councils to levy tourist taxes was made – a consultation has taken place but with nothing since.

10) Land value uplift taxes could be introduced, bringing in a new system of land value capture so that a significant proportion of the uplift in land value from major public infrastructure works is made available to councils to invest in infrastructure and public services. (Legislation to allow councils to buy land for housing at its existing use value would make housebuilding budgets go significantly further).

11) In the NHS, improved workforce planning could save the money spent on the very high numbers of bank and agency nursing and midwifery staff. Prior to the pandemic, these had risen for ten years. A National Statistics report in 2019 showed in 2018/19 there was a 11% increase in agency staff use at a total cost of £26m. Overall numbers of these bank and agency staff combined that year was equivalent to approximately 5,000 ‘average’ whole-time equivalents.

Then there are the steps which involve government action rather than revenue raising. The Scottish Government could take action to freeze rents, prevent evictions and repossessions and cap fares on public transport. Though not providing funding for public services, they would though be of practical assistance to many people in an economy where low wages are endemic, and possibly keep people out of crisis – which itself puts demand on services.

Not all of the measures outlined above can be taken immediately, but they show the nature and the scale of what could be done if the political will exists to make it happen. UNISON Scotland offers them up for discussion. Not because we are keen to stand over every dot and comma of every suggestion – this is clearly only a preliminary sketch. They are, however, a sincere proposal to rekindle a partnership response to crisis, a willingness to stand together against the crisis, and a willingness to stand together against the dogma of Westminster and a further, fatal wave of public sector austerity and poverty in Scotland.

Tracey Dalling is the Regional Secretary for UNISON Scotland