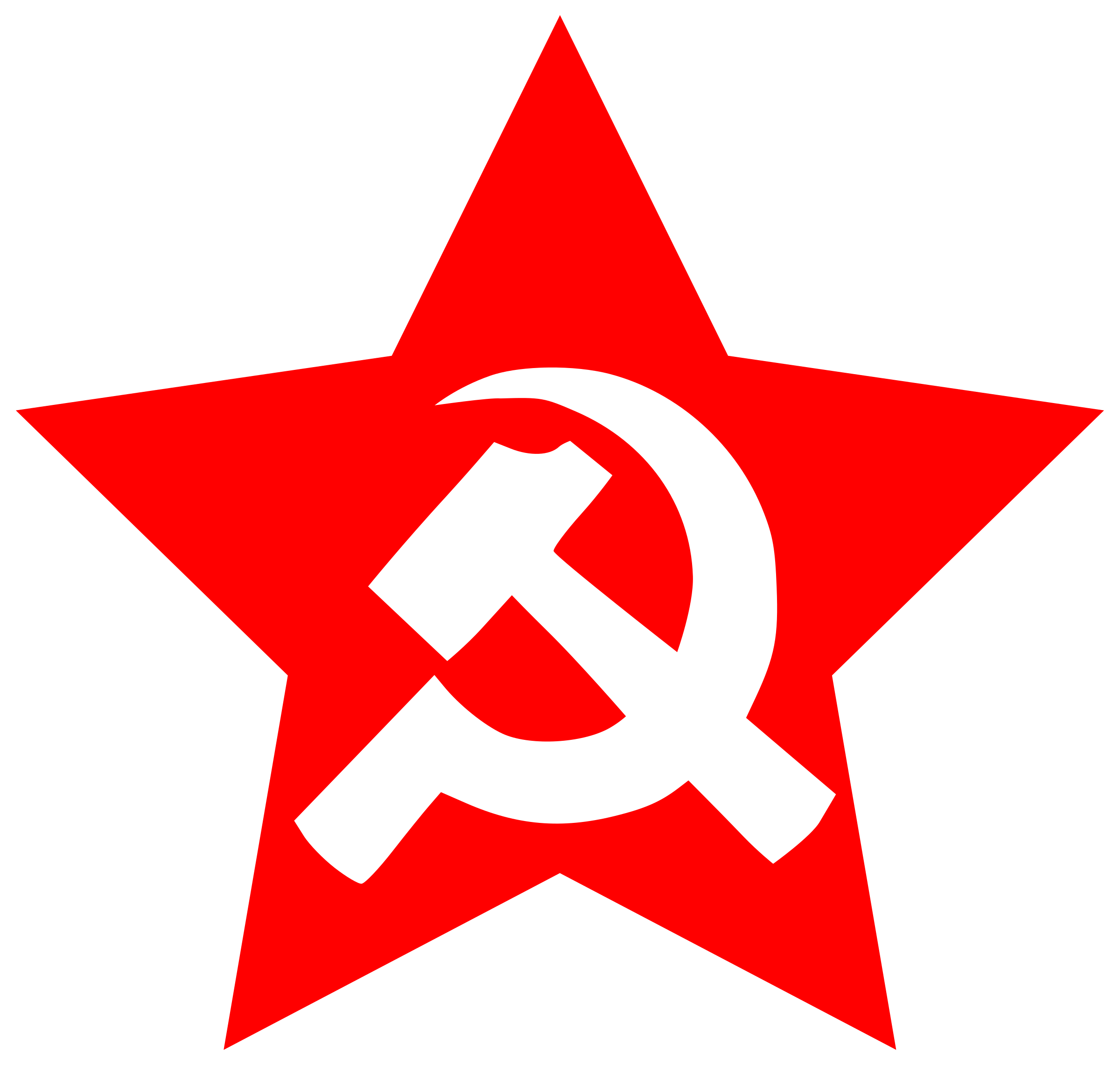 On International Women’s Day, 23 February 1917, thousands of angry women workers stormed out of the textile plants in Petrograd, the imperial capital of Russia and fifth biggest city in Europe. Although they did not yet know it, their strikes would ignite the second Russian Revolution in twelve years. Unlike its 1905 predecessor, this uprising would topple the hated Tsarist autocracy and open up the road to the first workers’ government in history – and to a Europe-wide revolt that would topple three other great Empires and end the First World War.

The women who were about to change history- many with husbands conscripted in the Tsarist army on the Eastern front – were in a militant mood for not just the strikers but also the soldier’s wives forced to queue for hours in cold, wintry Petrograd for bread and fuel.

Together, they took over the streets, defying the Tsar’s Cossack cavalry. By noon, 50,000 other workers had joined them on an angry protest in the city centre. Earlier that morning, the striking women had marched through the factory districts, targeting the male workers in the big engineering plants and calling on them to down tools and join them. Most of them did.

The women went far beyond what the revolutionaries and the leaders of the workers’ leaders thought feasible or sensible in the circumstances. It was the women who took the lead in approaching the troops to persuade them not to fire on the demonstrators.

The world was in its the third year of the greatest mass slaughter ever seen and there was no end in sight. The relentless profiteering and the one-sided sacrifices imposed on the poor brought strikes, riots and demonstrations to every major European power. Resistance had spread to the trenches. Mutiny, desertions and a readiness to fraternise with ‘the enemy’ meant disruption and class war at the front. Something had to give and Tsarist Russia was the weakest link.

War was capital’s response to its deepening crisis of profits and competition. In August 1914, the economic rivalry of the great imperial powers shifted onto the battlefield. The workers and the poor became its cannon fodder. It lasted four years taking twenty million lives with another thirty five million maimed or wounded.

With the exception of the Bolsheviks, the Serbian and Bulgarian socialists and a few brave souls elsewhere, the leaders of European social democracy capitulated to patriotism in 1914 – abandoning their talk of internationalism to back their own ruling classes. Behind the lie of a ‘war for democracy’, Britain, France, Russia and Italy had colluded on how they would divide the spoils once they had defeated Germany and her allies. In 1917 the USA joined in.

Lenin, the leader of the Bolsheviks, mocked their hypocrisy: ‘The bourgeoisie of each country claims it is out to defeat the enemy not for plunder and the seizure of territory, but for the liberation of all other peoples except its own’.

Everything written about the horrors of the Western Front applied to the Eastern Front and then some. In the first ten months, Russia’s armies lost 300,000 men a month- dead, wounded or taken prisoner. From then until late 1917, its average monthly losses were 40,000 dead, 120,000 wounded and 60,000 missing or taken prisoner.

Tsarism was finding the task of fighting a full-scale modern war impossible. The corrupt Romanov regime was cracking under the strain. Military incompetence brought humiliation. Unable to meet even the minimal needs of its population and incapable of relinquishing even a modicum of power to anyone else, the autocracy was doomed.

In Petrograd, the events begun on the morning of 23 February triggered mass strikes and demonstrations that brought the city to a standstill. The Tsar’s troops, when ordered to fire on the demonstrators, ignored their commanders and sided with the protests. Some even shot their officers.

Soldiers stormed the jails releasing the political prisoners. Regiments sent back from the front to restore order joined the revolution. A similar pattern followed in Moscow and other Russian towns and cities.

Tsar Nicholas II’s generals told him there was no chance of restoring order unless he stood down. Revolution was announced to a startled world by radio.

The casualties in February were considerable. The Tsar’s secret police machine-gunned the crowds and some police were beaten or killed in retaliation. But the new Russia was born in jubilation.

Ecstatic crowds of citizens and soldiers joined marches and enormous public meetings to mark the change. One socialist newspaper outlawed from the start of the war but now selling widely, wryly cautioned: ‘the yellow press now calls itself non-party socialist while the banks try to protect themselves by raising the red banner of revolution over their buildings’.

The Romanov dynasty that had ruled Russia since 1613 was blown away in eight days, fallen to a spontaneous, popular revolution -but February was only the start.

An unelected Provisional government, committed to modernising Russia along the lines of Western capitalism, filled the vacuum at the top of society. Dominated by landowners and industrialists, it was determined to continue the war but it was forced to share power with the workers’, soldiers’ and peasants’ councils – the soviets that had been set up in the course of the February overthrow.

Directly elected by the people and governed, soviet delegates were unpaid and subject to immediate recall by their voters – much more democratic than any parliament. Within weeks there was no town in Russia without its soviet. Working people were creating the machinery for their own emancipation.

The overthrow of the Tsar alarmed the rulers of Britain, France and Germany – in Britain the royals had already been forced to change their name from Saxe-Coburg and Gotha to Windsor. King George V and his cabinet were worried he would follow the fate of the Romanovs.

The February revolution did not bring an end to the war. With the hardships that had produced, it continued and with the poor peasants still denied the land, the Provisional government was doomed. All that remained in doubt was whether it would be overthrown by a military coup or by a socialist revolution.

Such a coup was attempted in August and had it succeeded the working class would have been drowned in blood with Russia’s large Jewish population scapegoated. The word for fascism would have come into the world not as an Italian word from 1922 but a Russian word from 1917. But the generals were defeated and the Soviets, now under the leadership of the Bolsheviks, carried through a second revolution in October that installed the working class in power.

The Revolution in its earliest days delivered an amazing social transformation for the poor and the oppressed: workers’ control over production; the division of the rich landlords’ property among the poor peasants and agricultural labourers; self-determination for the oppressed nationalities of the old tsarist Empire; and the ending of discrimination against Jews, Muslims and other persecuted minorities.

The most impressive achievements came from the concerted attempt to end women’s oppression. There was a flood of social reforms far in advance of anything in even the most advanced capitalist countries of the time. These gave women the vote; legalised divorce and established state run crèches, nurseries, communal laundries and restaurants.

The distinction between legitimate and illegitimate children was abolished. The Tsarist laws against gays were ended – an important step in the fight against oppression and the constraints imposed on the individual by the old state, its ‘official’ religion and its false idyll of family life.

Russia underwent a genuine, if unfinished, sexual revolution. We can look back to that era with pride -an example of the gains that can be won for genuine equality and sexual liberation through class struggle – gains that far outstripped anything available to women or LGBT+ people in the ‘advanced states’ of Europe or the USA.

October had a tremendous impact internationally, inspiring the oppressed and exploited throughout the world. In every country, men and women rallied in support of the revolution that had brought hope for a brighter future into a world brutalised by imperialist war.

Ultimate success– as the Bolsheviks well knew-depended on the revolution spreading west to Germany, Austro- Hungary and Western Europe. It did but the defeat of the German Revolution and Lenin’s death in 1924 meant the isolation of Russia, which in turn led to the triumph of Stalin and the rise of state capitalism by the end of the decade.

That is another story but the subsequent isolation and defeat of the revolution was a terrible setback, not only for the left but for all humanity. It led to the barbarisms of the 1930s and 1940s –the swastika, the holocaust, Stalin’s labour camps, the Second World War, the atom bomb and Hiroshima.

Revolutions that are defeated are soon forgotten: but not the Russian Revolution. No one can make sense of our world today without an understanding of it. Everything that happened since has been shaped by it. It remains the biggest social movement the world has ever seen; the most successful anti-war movement ever built.

That is why its centenary matters so much. Its lesson of the self-emancipation of the working class will never be forgotten. 1917 lights the present and the future as well as our past.

Dave Sherry is a long-standing member of the SWP and author of a forthcoming book on the Russian Revolution.

Note: Until 1918, Russia used the Julian calendar, 13 days behind the Gregorian calendar in the West. That is why the two revolutions of 1917 are referred to as the February and October revolutions. According to the Western calendar, they took place in March and November. .