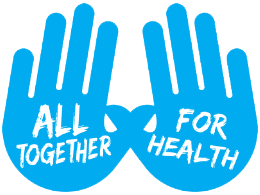 Only four years ago, immigration was one of the most topical crises in the British press – one that had Britain at breaking point. Since then the world has met a crisis in the COVID-19 pandemic. With the world turned upside down, are we beginning to see a shift in attitudes towards immigration? We can get a sense of this by asking a series of questions.

First, how many immigrants are there in Britain? You may be aware that most people tend to dramatically overestimate the proportion of immigrants in the country – guessing on average double the actual figure (which stands at 14%). Perhaps, an unsurprising statistic given the negative headlines surrounding immigration that consumed our news feeds in the years leading up to the Brexit referendum. But now, research shows that we are beginning to see a shift in attitudes towards immigration. So, what has changed since then?
Immigration has been labelled a hotly contested issue and was often named Britain’s ‘most important issue’ between 2001 and 2016. Since the EU referendum, however, the nation’s primary concerns have switched to issues such as the EU and NHS. Following a report by the Demos thinktank, the Daily Mail reported on 30 May 2018 that ‘Most Brits believe that migration has harmed communities’, the Daily Mail reported in 2018. Meanwhile a report by Ipsos-MORI suggests that we are becoming more positive towards immigration: only 45% of the nation agree that there are too many immigrants in 2017 compared to 64% 4 years earlier. Like Brexit, the topic of immigration is no longer a trending issue – with the world in the grips of a deadly pandemic, Coronavirus has consumed our attention.

But we have also gone from hearing the ways in which immigrants are draining the NHS, to seeing how important they are to it – even Piers Morgan, not always the most credible of public figures, has been paying tribute to the immigrants ‘saving lives’ in the NHS. A majority (62%) of the public now support offering British citizenship to frontline migrant workers – evidence of an appreciation of the invaluable contribution they are making. And, this represents a marked contrast from headlines pre-COVID-19, which has forced into focus the untruths that were sown into British politics and grown into Brexit.

What about the media? Does its coverage cause or simply reflect the views of its audiences? At the very least, we can say the media has a key role in focusing public interest. The ‘Leave’ campaign placed huge emphasis on immigration, and most newspapers at the time were occupied with negative portrayals of immigration levels. Consequently, concern over the numbers of people coming to Britain played a major role in the Brexit vote, according to the authoritative British Social Attitudes survey in 2017.

Since then, immigrants have been given a break – and even incorporated as a key part of the social fabric. More recently, Home Secretary, Priti Patel, lauded the ‘extraordinary contributions’ of immigrants to the NHS during COVID-19, though at the same time refusing to waive the huge health surcharge foreign NHS workers face. And, the world has changed, Tory MPs recently proclaimed, advising that harsh new immigration rules must be rethought due to the vital role lower-paid migrant staff have played during the pandemic.

But immigrants have always played a key role in the NHS. It appears that it is only in times of crises that the nation is able to address this ‘collective amnesia’ and rewrite immigration in a positive light – in the same vein that the Windrush generation invited to help ‘rebuild the country’ after WWII have since been chased into deportation.
That the conversation surrounding Brexit could have led to years of bitterness and a country ‘split down the middle’, and for that same conversation to now be given a makeover is not an act of contrition. It is an exposure of the extent to which mainstream media can steer a strategic narrative. Language is powerful, so what does that say about those with power to manipulate it?

Across the country, frontline workers are being hailed as heroes. We have clapped for our key workers every Thursday. But the NHS has been consistently underfunded for the last decade: a political decision. Key workers continue to work without basic protection. Boris Johnson has often been lauded as the Churchillian hero leading Britain through its biggest fight since WWII, but the UK’s death toll is third only to the US and Brazil – countries led by presidents who have tried at different points to deny the virus is even real. There is much to say for the way narratives are framed.

So, where is the migrant crisis in 2020? It does not exist because it never did exist. Immigration is no longer a salient political issue, now that the pro-Brexit vote has been achieved. The hostile sentiment against immigration may have softened, but Britain has also seen a rise in racism following the COVID-19 outbreak, including a horrific incident where a woman was knocked unconscious as she defended her Chinese friend from abuse. Just like the country witnessed post-Brexit. The government and media have done little to prevent prejudices from spreading.

To what extent should we celebrate the shift in attitude towards immigration? While aforementioned shifts are to be welcomed in some ways, we must also understand why they have happened and what forces lead to these shifts. If we do so, we will realise that many of the shifts are simply short-term, instrumental ones. That does not bode well for the aspiration to have a society free of racist prejudice.

Lubnaa Joomun is a political correspondent for the Immigration Advice Service, an organisation of immigration solicitors – see https://iasservices.org.uk/