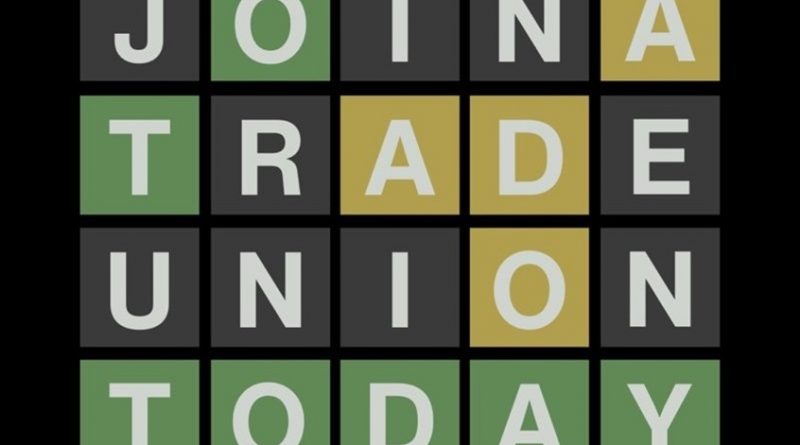 Lilian Macer says only unions have offered – and continue to offer – the hope of standing up for workers.

The rhetoric from the UK Government is that Covid pandemic is over. However, as unions, we’ve all now seen the changeability of this situation and know that the virus remains a threat. As we look back over what has been two very tough years of the pandemic, I hope the Scottish Government see what we can all see: that it was public sector workers who carried this country through.

UNISON members have worked tirelessly to keep everyone safe at huge cost to their own well-being and are now physically and mentally exhausted. We knew that the current health and care system was going to be overwhelmed regardless of Covid. The winter plans for the past number of years failed to deliver the capacity required to meet the demand and the virus has simply brought this into much sharper focus.

UNISON Scotland, staff and activists, certainly upped our game during the pandemic seeking to support thousands upon thousands of our members affected by furlough; attending working environments which were a heightened risk to life; or who were forced overnight to turn their homes into workplaces.   A Unions21 report commissioned from the Sheffield Political Economy Research Institute (SPERI) at the University of Sheffield concluded: i) The pandemic has led unions to review all aspects of their work. Unions have transformed their working practices and embraced remote working; ii) Unions have adapted to create new digital ways for workers to act and speak together, and developed new forms and methods of campaigning, negotiating, lobbying, training and representation, blending on and offline work; and iii) Unions have a renewed sense of purpose. A survey of union staff found that 70% think their union is stronger now than before the pandemic began.

All the messages from this study ring true in UNISON Scotland. Union organisers and activists have always been flexible about how we access our members individually and collectively (shopfloors, coffee shops, yard gates, streets, homes and gardens, cars and vans). Whilst our union offices are key hubs, they are now more open and accessible on digital platforms. This is a huge opportunity and like many our own workplaces will never be the same. However, they will also remain a safe haven for the right to assemble and combine in person. That’s often where our strongest work begins!

Technology though also helps us to reach out to workers in workplaces in new and exciting ways. Residential homes, social care workers, outsourced catering and cleaning staff are good examples of this. Organising campaigns and strikes have been carried out without anyone ever being in the same room, and under the noses of employers without their knowledge.

New cohorts of activists in the union have also been brought into the life of the union via digital portals. Flexible activist training, ‘bite sized sessions’ and modular learning have made the journey into activism easier and often quicker. This ‘new model/new technology’ army are the future lifeblood of our union so we are wired for activism.

Like the COVID spikes, membership levels have ebbed and flowed. Many treated their membership like the vaccine: a one-off hit for protection. Many who feel less in danger, having been protected by the efforts of our union (and others) in local government, schools and early years, social care, health services, are cancelling union membership as the demographic of an aging (retiring) workforce becomes a reality and workers scrutinise their household budgets. This is a challenge for all the unions to sustain and build our strength at a time of greatest challenge in the shape of the cost-of-living crisis
.
The pandemic has shown the worth of collective bargaining and helped potentially to expand its reach in social care in the context of reform of that sector. Facilitated furlough use across the college sector saved jobs; the Scottish Living Wage, though not enough, was rolled out quicker into social care; sick pay schemes extended in NHS Scotland for those with short service as well as ‘long Covid’ sufferers; and health and safety at work scaling the priorities on COSLA employers’ desks, often through union insistence and perseverance at government and employer levels.

We come out of 2020/21 bloodied but unbowed. We need to be at our strongest yet in order to face the threat to working people’s earnings from the cost-of-living crisis, after years of austerity and pandemic. These are years where our living standards have declined whilst at the same time, as Polly Toynbee put it in her recent BBC documentary, The Decade the Rich Won: ‘A silent class war has taken place during the past decade, as the winners have carried off undreamed of booty. Thanks mostly to the banks’ quantitative easing which inflates assets, not productive investment, the decade created billionaires, who’s wealth rose by 310%’. Holding wages down will not stop the cost-of-living soaring. We cannot allow workers to pay for yet another economic crisis they did not create. So, we must act as a collective through the STUC to demand that the government deliver the cash so this year’s wage increases are above the rate of inflation. Otherwise, the consequences will be disastrous for everyone. Who else will stand up for the workers in this latest battle? If not us, then who?

Lilian Macer is the Convenor of UNISON Scotland