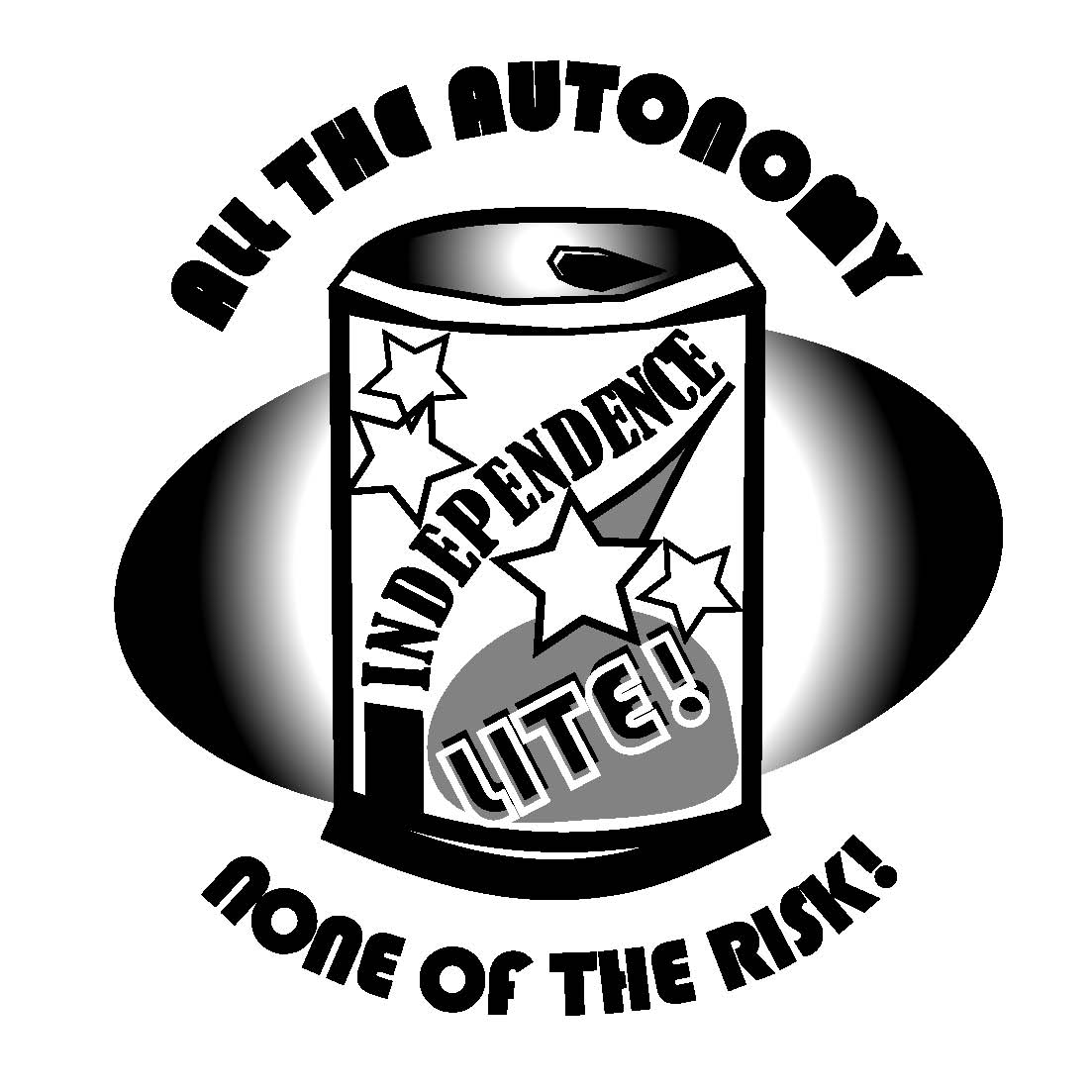 Gradualism versus ‘independence; nothing less’ was one of the big fault lines in the SNP from the seventies till the nineties just as support for or against devolution divided Labour and Tory. With the devolution case overwhelmingly won and now well-rooted in Scottish society, what are the current range of positions on Scotland’s constitutional future?

One option which should be dismissed whenever mentioned is federalism which some Scottish Liberal Democrats still claim is their policy but about which their colleagues in the south have had no interest for many years. Federalism requires an English parliament or parliaments and a new UK constitution and this is on no-one’s agenda. So Scottish Lib Dems should not be allowed to get away with fantasy.

Apparent new constitutional options have crept into the debate in the past year – ‘independence lite’ and ‘devo-max’, often used inter-changeably. What is it and why has it appeared? There appear to be two different meanings and two different reasons for promoting this. Throw into the picture the suggestion that there might be three options in the forthcoming referendum and the water becomes more muddied. 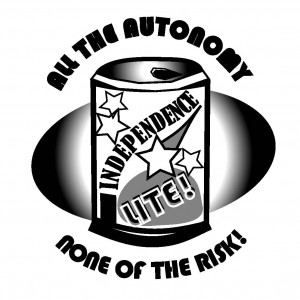 One interpretation of ‘lite’ is the ‘we’re nearly there’ approach. It might more accurately be classed as devo-max. The suggestion is that if we add Calman and assume that there will be some other powers acquired over the years, Scotland would have most of the powers it would ever need so why go to the trouble of pushing for technical independence and a referendum when any additional powers gained from this would only be marginal? Some go further and argue that the essential requirement for independence-lite is full fiscal autonomy – taking responsibility for all taxation raised in Scotland and paying Westminster for the services they would still deliver. What these positions have in common is the assumption that foreign policy, defence, international representation, international aid, migration and citizenship, do not matter to Scotland and that it is desirable to leave the international position of the British state as it is (there are, of course, many who consider that the international position of the British state is exactly what needs to be dismantled).

The other interpretation of independence-lite comes from a different angle. It assumes that a claim would still be made for the constitutional status of independence but that in advance there should be statements of intent that RUK (rest of the UK) would continue with responsibility for defence, diplomacy, citizenship, joint agreement on social security, etc so that the message is that there would be an agreement on limited change.

Why this interest in independence-lite? The attraction seems to come from different directions. On the one hand, there are those hostile to full independence who are seeking to ensure that if there is any chance of a referendum Yes vote, the outcome will be substantially qualified in advance. But there are also those who are supportive of independence (indeed we don’t know how many might be in the SNP leadership) but fear that a less radical shift in power must be presented to have a chance of winning a referendum. The risk is that they could misjudge this by appearing to be so much on the defensive that they undermine their case and it could be counterproductive by eliminating some of the important reasons for going for a separate state.

In the long battle for the present Scottish Parliament, it was comparatively easy to communicate the case for Scotland controlling its own education, health, housing, planning, justice, policing, etc. The public understands what these are and they had a ready identification with the argument that Scotland should shape these services according to our own values. So in addition to the patriotic identity factor, there were strong and clear arguments for powers with which people could identify. What are the powers that are capable of giving a similar sense of purpose in voting Yes in the coming referendum? Fiscal autonomy is unlikely to do it even if the language is made more accessible. There are no great expectations that personal taxation is likely to change much and suggestions of a lower personal or corporation tax regime are deeply divisive among many of the potential independence supporters who would prefer high quality public services and benefits. What will be the gut factors that can drive political action? Some of the very ones that independence-lite would seek to off-load have a strong moral dimension, arouse passion and have some easily understood practical dimensions that can be communicated positively.

In effect, what could be the positive driving factors in any campaign? The Scottish electorate may decide that the status-quo is high risk with the prospect of a long spell of Tory government and a relentless attack on the welfare state. But on the whole it is easier to create anxiety about change rather than anxiety about the status-quo. So those drive factors need to have the strength to counter-balance risk. They need to generate a feeling of doing good and doing well. Being too ‘lite’ may not be able to sustain a big enough story.

They need to generate a feeling of doing good and doing well.  Being too ‘lite’ may not be able to sustain a big enough story.

The experience of the permanent warfare state that is the United Kingdom is a strong theme. There has been majority opposition to these wars, some of it strongly held. Similarly there has been majority opposition in Scotland to British nuclear weapons, especially with the Clyde having all of the UK’s nuclear warheads. While this might not be at the top of the political priorities for most of the public, for an active minority these are vote-changing issues and ones in which Scotland has the potential to make an internationally important contribution. By requiring the removal of all nuclear warheads from Scottish waters and land, there would be an instant disarming of Trident since it would take years of work and billions of pounds to recreate the necessary operational infrastructure in England, even if an acceptable site was found. In 1976, a period in which concern about Scottish independence was at a high level, the Ministry of Defence produced a report on its implications which stated: ‘A suitable alternative location in England for the Clyde Submarine Base might not exist’. This was before the arrival of Trident when infrastructure requirements were much lower. The opposition attack on removing nuclear weapons focuses on job losses but there are only a modest number of civilian jobs at Faslane/Coulport directly related to Trident – most are on other naval work that could be phased out over time. Independence could quickly achieve what campaigners throughout the UK have been working for over 50 years and contribute to an international disarmament breakthrough.

The right to international representation is both a ‘pride’ factor and a practical one. While UN membership would offer Scotland status and the opportunity to develop a moral profile which many individuals and organisations would welcome, there are other types of representation which have an economic significance like the EU and the WTO. Our current position of having to plead for representation on fishing issues highlights this. International aid, citizenship, asylum and migration are other issues with moral and economic dimensions about which there are strong feelings and on which voters would welcome the right to reach decisions appropriate for Scottish conditions and values.

Apart from the oil campaign of the 1970s which only focused on one element, Scottish resource have never been the core of an integrated campaign but new issues are emerging in Scottish waters with renewables. Put all the physical resource issues together – some currently under Holyrood, some Westminster, some EU – and there is the basis of a big vision that needs full-spectrum powers unlikely to be conceded by any version of devo-max.

The significance of the devo-max or independence-lite models will depend on whether they are included as referendum options. A multi-choice referendum presents several problems. One is that when you give people the choice of no change, some change or major change, there is an advantage for the ‘middling’ option simply because it is seen as lower risk so it could be the decisive factor in ensuring that the vote for independence will not succeed. Also unless a devo-max option is supported by a major Westminster party, the chances of implementation are very limited. If no-one has ownership of it and the independence option fails, there will be no great pressure on a new Westminster Government to act. They can make a few concessions and then stand their ground and under those circumstances, the Scottish Government would have few weapons to challenge this.

The way in which the question is asked is important. If there are three choices, there are two conventional ways of getting a clear decision. One is to use a transferable vote to ensure that there will be a clear victor. On the assumption that the no-change option will be the least popular, these votes would be redistributed and it would be surprising if they did not go to the devo-max option. Another method is a two stage question – ‘Do you want change?’, if yes ‘which of the proposals for change do you support?’. This is likely to produce more voter errors since you have to discount any who vote no to the first question but go on to fill in the second but it would certainly be more helpful to the independence option than the transferable vote although it might be considered less fair to the other side. There could be another form of ballot that asks a cumulative question – ‘Do you favour a Scottish Parliament with full economic powers yes/no’ and then ‘Do you also favour a Scottish Parliament which is fully independent yes/no’. This would be the most favourable of the formats for independence and would enable a Yes/Yes campaign but it still leaves the voter with a soft option. The advantage is that a referendum would result in an outcome that would at least give a negotiating basis for greater powers but, if independence did not get support, it would leave the Scottish Government with a weak hand and Westminster would feel they need not rush to make major concessions.

While the multi-choice referendum has real risks of undermining the pro-independence vote, it does have another advantage apart from providing a fall-back consolation prize. It will create problems for pro-UK parties. They are likely to be divided on any proposals for a substantial increase in powers, both among parties and within parties. Yet if they don’t put their own definition on any option for increased powers, they will appear to be ignoring Scottish opinion. If, however, their definition is the lowest common denominator (the right to oil revenues will be a litmus test for fiscal powers), they will go into a referendum campaign almost naked.

For those supporting independence, pushing a lite version and/or backing a multi-option referendum might superficially look safer but it is a high risk strategy, certainly a close-call. If the devo-max option turns out to be a political orphan with no Westminster party backing a credible version, the balance of arguments tips in favour of a single choice question.