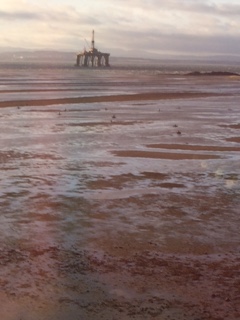 Once we get past the arguments on a second Scottish referendum and the infighting within the independence movement, unionists’ focus will shift to the economy and finances. This was the Achilles’ Heel of the ‘Yes’ movement in 2014. Then the situation looked better because the Scottish National Party’s White Paper was based upon buoyant North Sea oil tax revenues but were in decline by the time the vote took place. Confusion also reigned around a future Scottish currency. Now more people are willing to accept some economic and financial uncertainty because of their desire to be in the EU and abhorrence of Johnson’s government. The main weapon the Unionists will use is Government Expenditure and Revenue Scotland (GERS).

GERS can help calculate what an independent Scotland’s public finances would look like. It takes all public expenditure in Scotland and subtracts from it all taxes raised in Scotland, including those from all industries based in Scotland – whisky, food etcetera. It allocates UK national spending, for example, defence on a population basis. So, for example, UK defense spending is approximately £40bn and Scotland is allocated its population shares, 8.6% or £3.4bn. It even does a special calculation which reflects Scotland’s geographical share of the North Sea Oil tax revenues – over 90% of the total.

The GERS numbers looked quite good until the collapse of North Sea Oil tax revenues. The White Paper on independence was based on oil tax revenues of £11bn and had been even higher and forecast that oil would reach $140 a barrel. The oil price has fallen dramatically since then as Chinese demand has fallen after its rapid industrialisation and the huge infrastructure and stimulus spending during the financial crisis came to an end. Oil revenues are now close to zero and even with hopes of a post-Covid-19 economic recovery, the price per barrel is hovering around $60.

This has left a gaping hole in where an independent Scotland’s public finances. For financial year 2019/2020 which is essentially pre-Covid-19, Scotland would have a nominal deficit of £15bn (spending minus taxes) even with its geographical share of North Seas Oil tax revenues. This would be 8.6% of Scotland’s economy (GDP). Scotland would have the worst country public spending deficit in the European Union (EU) and way outside the 3% required by the EU for entry as a new country. This will be the main Unionist mantra in any future independence referendum.

Some supporters of independence have argued that Scotland’s share of the UK’s national assets will reduce our debt, our annual debt payments and, hence, our annual deficit. But our geographical share almost matches our population share of these assets. These assets are difficult or impossible to sell and any proceeds would be a one-off annual boost, not solving the structural deficit. Lenders to governments look not at assets but tax revenues and growth in the economy when assessing whether to lend or not.

Why does Scotland have such a large deficit? Simply, Scotland raises less taxes and spends more on public services than the UK, as a whole, does. We have lower average wages than the south and have less industry. At the same time our centrist social democracy culture means we spend more on public services. We also spend more per head on benefits, partially reflecting higher levels of poverty but also the cultural support for social spending. In fact, only three regions in the UK run at a surplus – London, the South East and East. Here they have higher wages, more industry and more conservative public spending. Every other region in the UK and Scotland, Wales and Northern Ireland run a deficit. The deficit in GERS is where we would start as an independent Scotland. It is one where we need a serious plan to tackle it.

While once accepted by the SNP when North Sea oil tax revenues were high and the deficit looked in reasonable shape, GERS is now derided as a falsehood. We have already shown that it fairly accounts for all taxes raised and expenditure in Scotland. Here are some common GERS myths:

• We pay more in taxes than we receive back in the block grant from Westminster. Yet some taxes are collected in Scotland and used to fund spending here directly – council tax and business rates. Devolved spending covered by the block grant only accounts for 65% of Scotland’s public spending. The other 35% is controlled by Westminster – pensions, welfare benefits, defence etc.

• Roysth is an example where the UK takes all the benefits but Scotland takes all the costs. Yet Roysth is privately owned. All taxes – individual and corporate – that arise in Scotland are attributed to Scotland’s income. The costs are defense costs and Scotland is only allocated its population share about 8.6%.

• Japan has a big deficit and manages just fine. Japan is the third largest economy in the world (about 20 times larger than that of Scotland). It is the second largest exporter in the world and can generate the tax revenues easily to service its public debt. The Yen is a reserve currency, the third most heavily traded in the world and is seen as a safe haven asset.

Although not universal among independence supporters, joining EU the is one of the primary arguments for an independence Scotland. But joining the EU would require us as a new nation to take on the Euro and reduce our deficit to 3% of GDP. This is a 5-10 years process and would involve a combination of tax rises, public spending cuts and growth in the economy. It would mean reducing the deficit from its current pre-covid 19 level of £15bn to £5bn.

Based on GERS figures, tax rises could raise £4.5bn with £2.75bn through raising corporation tax from 19% to 28% and a further progressive tax on medium and higher earners would raise £1.75 bn – similar to the Scottish Service Tax proposed by the Scottish Socialist Party. Scrapping Trident would save, based on total cost of £110bn over thirty years and Scotland’s population share, an extra £300m a year. This would leave us to find over £5bn more without using any of the extra tax saved raised to grow the economy, forcing us down the road of public spending cuts. Joining the EU is a monetary straight jacket Scotland does not need. EU membership also passes monetary control to a European Central Bank who would set interest rates, impose austerity measures as they did with Greece, Italy, Spain and Portugal and prohibit us from giving public financial support to our industries.

From a trade standpoint, the EU is not as important as the rest of the UK (rUK). Our trade with rUK is four times that with the EU and trade with the rest of the world exceeds that with EU. The EU is primarily an economic block designed to compete with the USA, China and Japan through the free movement of capital and labour and tight monetary controls. Of course, it has its own inter-country capitalist rivalry which is one of its great contradictions – e.g., German car manufacturers versus French car manufacturers etc.

We can, unlike England, have socially progressive laws in an independent Scotland because of an inbuilt centre left social democracy majority. There is no need to join the EU for that. We can raise some £5bn. Some of this needs to be put aside to reduce our deficit but the balance could be used to fund a Scottish Development Bank. Our debt will be considerable at over 100% of GDP from our share of UK government debt of over £2tn plus over £80bn still outstanding from financial bailouts. The Development bank could be used to fund projects such as: i) renewable energy – including the transition and eventual closure of the North Sea Oil industry into a publicly owned and controlled Scottish Green Energy Enterprise; ii) infrastructure including an integrated public transport system; and iii) affordable sustainable housing. This would create hundreds of thousands of jobs, grow the economy in a green direction and reduce our deficit through increased tax revenues. Such a plan with a commitment to use some of the tax revenues to reduce our deficit will make it easier to borrow money on the international markets which we must do because of our deficit and also attract investments from outside Scotland.

Following this strategy will give the financial markets confidence that we have a plan to grow the economy and reduce the deficit. This will take some time and given that 60% of our trade is with rUK and individuals and companies have liabilities in sterling, it would be sensible to initially adopt it. Starting with a Scottish pound immediately would see it devalue below sterling and increase our liabilities overnight for individuals and companies. Gradually over time as we establish our financial credibility, we can introduce a Scottish pound.

We would need to establish a central bank and Treasury department from the onset of independence to set interest rates and raise loans respectively. Our cost of borrowing would at the start be above that of rUK because of the size of our deficit compared to rUK but would gradually come down as we showed our plan to be working.

The economy and our finances will dominate the independence debate. We have to be honest about the challenges that we would be faced on our deficit. We need the better off and companies to buy in to higher taxes to help solve the deficit and give us ammunition to build a green sustainable economy for all. Finally, we need a clear plan and strategy for the currency.

[Author’s note: This analysis does not cover the cost of set up costs of additional state functions an independent Scotland would need even though some of the building costs could be met by our share of national assets. We would likely see a one-off issue of debt to fund this. However, the interest payments to fund this would be a recurring annual cost. It is also worth noting that the UK’s national debt is growing rapidly because of the Covid-19 crisis. In financial year 2020/21, the UK government estimates it will grow by a further £240bn – Scotland’s share of that is just over £20bn. Given independence looks to be at least 5 years off and the further impact of Covid is likely to see us keep on accumulating debt over that period. An independent Scotland will have to borrow for some time to cover its annual deficit. If we default in any of our perceived obligations to the UK debt, it will make it difficult to borrow on the international debt markets and we would have to borrow at much higher interest rates than the UK currently does.]

[Editor’s note: This article was written before the latest GERS was released on 18 August 2021 (see https://www.gov.scot/publications/government-expenditure-revenue-scotland-2020-21/) and is based on the last GERS (https://www.gov.scot/publications/government-expenditure-revenue-scotland-gers-2019-20/) released on 26 August 2020. The difference between the two largely reflects the impact of COVID is creating a much larger nominal deficit.]

Raphael De Santos has been active in left politics since the late 1970s. He was a supporter of devolution and now independence. He has worked in the financial sector for over 30 years, leading teams in research and strategy advising governments and central banks.

Could Scotland become the new Norway?

How green are our valleys and how green will they become?