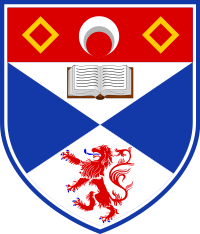 Chris Sutherland unravels the class contours of privilege and power pervading a tiny town in Fife.

The 2018 Times & Sunday Times Good University Guide, listing the worst performing universities for equality and social diversity, put St Andrews (StA) at 131 out of 132 universities, with Oxford and Cambridge competing for the bottom place. Writing a report on equality and diversity for David Cameron, David Lammy MP described these universities as ‘gated communities’ for the rich and powerful.

I’d come across a family whose daughter was about to go to StA. They’d previously bought a flat for their older daughter for £500k and wanted another flat for their youngest. They paid over £420k knowing that come graduation both flats would go for a 20% mark-up. It was like pocket-money to them. Everyone knows about the high property prices in StA, particularly the pressures caused by an increasing student population. One in three privately rented properties go to students, so much so that Fife Council has had to impose a local moratorium on student lets
.
‘Town and Gown’ is an ancient dialectic that runs through StA. For locals there’s a perception of free-spending students, crowded coffee shops, pubs and eateries, beach parties, the May Day Dip, November Raison Week, the April Kate Kennedy annual pageant procession, the various summer and winter balls, and the ‘Kate meets Wills’ guff. StA traditionally had three colleges: St Salvator, St Mary and St Leonards but the student population has long out-grown the old collegiate system. It sprawls across town in various sites along North and South Streets, The Scores along the cliffs, to modern science blocks, sports facilities, library, Student Association with residences scattered all about.

There’s no doubting the hand of history. A hierarchy of gowns (and how they are worn) denote the different rank of students. First year students called, Bejants and Bejantines have an ‘academic family’ known as mums and dads. Some may this find it quaint but over time I have come to see it as a kind of class distinction. Well over half the non-student population serves the university – a small army of porters, cleaners, ancillary workers, maintenance staff, groundsmen, caterers, administrators. Another army represents the 2,000 or so academics travelling into StA from all parts of Fife. StA has a resident population of around 10,000 whose travel to work population doubles during term time. Add to that the world’s golfing fans and thousands of tourists and the East Neuk bulges under demographic pressures.

2019-20 saw 7,442 undergraduates and 1,782 postgraduates. Soon this is expected to increase to over 10,000 and 3,000 and so the university is desperate for new residences. Interestingly StA stated that 20% of the accommodation would be ‘affordable’, so what does that make the other 80%? Meanwhile a new campus is being developed at the old papermill at Guardbridge. ‘We need to remain competitive in the global market,’ says the University Principal, a mantra repeated again and again. St Andrews as a town is expanding – the newly built Madras School represents a major urban development stretching from the A9 to the Rufflets Hotel (which is currently farmland).

All this on the tiny footprint of modern day StA, encircled by green belt, golf courses and a hot-spot for all year round tourism. StA may be the economic power house of the East Neuk but it comes at a price – a stream of constant development with cranes and scaffolding dotting the skyline.

There are twelve applicants for every place at StA. Minimum grades are AAA or AAAAB (for highers). The university boasts one of the highest satisfaction ratings in the country at 95%. Female students outnumber males 3:2 and have one of the highest ratios of international students (12% from the EU and 34% from the rest of the world, a high proportion from the USA). So why the focus on diversity and social equality?

I looked up the university’s latest report: ‘Equality Mainstreaming Report’ (April 2019) naively expecting the student demographic to be laid out. The report covered nine areas: Age, Disability, Gender Re-assignment, Marriage and Civil Partnership, Pregnancy and Maternity, Race, Religion & Belief, Sex/Gender, and Sexual Orientation. The report was professionally presented but said nothing about the socio-economic backgrounds of the students, their schools, income ranges, or even where they came from. The bulk of the report was about staff (27 pages) on things like gender and pay gaps. But there were only 8 pages on the actual students and nothing on socio-economic indicators.

I then looked at the ‘Student Equality and Diversity Report’ (2019). More graphs featuring analysis on Disability, Ethnicity and Gender, each focusing on population numbers, attainment levels and retention rates (with various recommended ‘actions’). But again, nothing on socio-economic factors, the class backgrounds, the schools and countries of origin.

Diversity and equality were simply grafted onto the existing student body resulting in two incredibly boring reports. But if the student population is ‘weighted’ in favour of richer students over poorer students on selection and intake, then no amount of monitoring is suddenly going to make the situation diverse or equitable if the base inequality is structural and largely determined in advance.

So, why the lack of socio-economic data around StA’s student population and why the secrecy on the numbers of Scottish students? StA is certain to have this data but instead it played a couple of feints, recently apologising to BAME students with a ‘can do better’ press release during the ‘Black Lives Matter’ protests and then pointed to the community work students do for the town and the various bursaries for poorer students to keep its charitable status (and tax breaks), whilst leaving the basic system intact and hoping the critics will ‘go away’.

But behind the façade is a hard-nosed corporate organisation, bent on expansion. StA ‘plc’ in pursuit of a financial model which focuses more and more on full, up-front fee-paying students from overseas – almost 47% of the undergraduate population, and a sizeable number from the USA. Not to mention the fee-paying students from the rest of the UK. On top of this are accommodation costs averaging £135 per week for Halls (£185 at Ayton House) amounting to an additional £6,750 a year for a 50-week lease or £5,130 for 38 weeks.

A full fee-paying student can expect to pay upwards of £29,000pa, pretty much the same as for a public school. Why would an institution prioritise places for similarly qualified Scottish students from poorer backgrounds when they can just open their books to all-comers with open cheque books from around the globe? When StA talks of having to ‘compete’ on the global stage, it really means competing for these latter, full fee-paying overseas students.

This matters for Scotland. What’s the point in a Scottish university with few Scottish students or a university that’s turned into a giant public school? We need the best of home-grown talent from all class backgrounds as well as attracting world-class postgraduate researchers, regardless of income. This is important for an independent post-Covid and post-carbon Scotland. Students still need to get the grades. No-one is asking for favours. Universities can still ring-fence quotas for overseas students and they can still recruit on an open global market for post-graduates. The key question is whether StA is there for the society it serves or whether its key task is to maximise profits as a corporate organisation.

StA is not alone with this dilemma. It’s shared by most universities and the solution isn’t just a local one. The exclusivity of StA is only a microcosm of the inequalities in society as a whole. StA is just an extreme example of what neo-liberal capitalism does. The process of levelling things out will mean more than just tinkering with selection and admission policies. We need a major social earthquake to abolish the private fee-paying, selective system of primary and secondary education. We need to replace it with a free universal secular state system with an equitable pathway to university regardless of income and background, whilst at the same time nurturing and harnessing the talents of those who choose not to go to a university. This means a fully funded state university system accompanied by a restoration of income-based grants, underpinned by a well-funded universal state education system.

Chris Sutherland is a lifelong socialist, living in St. Andrews, a member of the Palestinian Solidarity Campaign but not of any political party and a ‘Yes’ voter.’