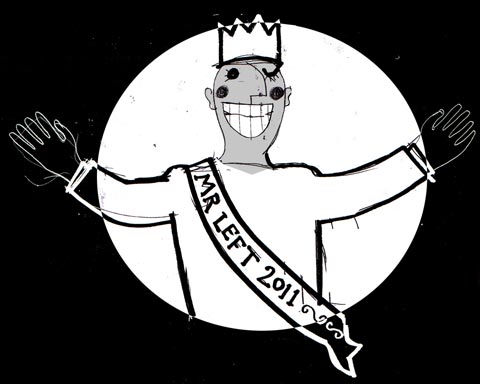 Robin McAlpine argues that now is not the time for the left to put all its efforts into the long-term process of unification when there is an immediate need to professionalise and start making its presence felt properly.

We all know it is a mess, we all wish it wasn’t, we all know it will probably be a mess for a while yet.  So goes left politics in Scotland.  As a non-partisan magazine the SLR has had to look on as the legal battles raged, not really able to engage properly with the issue of what the organised left has offered the left-sympathising voter.  Frustration at the ease with which the right (and its pseudonyms ‘the establishment’ and ‘the political mainstream’) was able to mock an entire political movement as barely capable of existing.  Anger at how simple it has been to paint the left as infantile. So just when it may be possible to talk about a future for a unified left party in Scotland it may seem perverse that I am going to argue that it isn’t the priority.

Make no mistake – the CBI does not stand for election, nor does the Daily Mail or the Taxpayers Alliance or SERCO or BAE

I want to argue this not so much as a committed leftie but as someone who has spent his life working in the field of professional political influence.  The aim here is not to look at the whats, the wheres, the whos or even the whys, but only the hows. I want to argue that there are two basic strands of what the left-sympathiser should want to see happening – influence and representation.  But I also want to argue that these are not entirely the same thing, which is just as well given the realistic options.  So it seems to me that there have to be two paths taken; one seeking to engage now with the big issues in Scotland, a path on which we can find immediate victories big and small, and one seeking to take us to a stronger place in the future, but one that remains strewn with obstacles. If the left wants influence and representation to be built from the debris, what does it have to do? 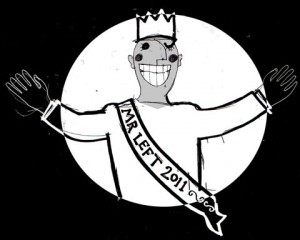 Let us begin with path two – the one that leads to representation.  Representation here is taken to mean that when the public is asked to choose a political future for Scotland and when it puts politicians in a parliament to represent that political future, among them will be voices of the left from parties committed to deep-rooted reform.  There will almost certainly be a stronger Green presence in the next parliament and that represents the expression of an desire to see what might be called a renegotiation of the relationship between power and the social and physical environment.  The Greens have been a central element of the left since devolution and on subjects such as human rights and peace (as well as the environment) the contribution has been important.  But they do not really represent the desire for a renegotiation of the relationships of social class.  This also is an crucial element of the left agenda and it has been missing. So let us make a simple assumption here – a left block needs the Greens but it also needs an avowedly socialist party.

What does this mean?  Well, first and foremost it means that those on the left directly involved in representative party politics must get their act together in one way or another.  It almost certainly means the need to find a new generation (here meaning nothing to do with age).  But it also means a serious look at how political parties make breakthroughs.  Sometimes political parties can make breakthroughs on the basis of the support for an important emerging agenda (the Green movement) or on the basis of dominant-issue approaches (national, age or gender issues for example).   But in the vast majority of cases breakthrough parties require a figurehead.  This is an analysis that can be found in the work of 19th century social philosopher Max Weber who argued that dynasties, monarchies and bureaucracies have ways of sustaining their power but that to ‘break in’ you almost always need “charismatic leadership” (his terminology).  It is simply reality that when people hear a new idea they look to the person speaking and if they don’t see someone they want to believe, they tend not to believe.  I hold no brief for Tommy Sheridan but objectively and in purely technical terms, he is the only contender for Alex Salmond’s crown as the outstanding Scottish politician of this generation.  He was able to take issues and articulate them to people in a way that made people both notice and want to believe.  These are the attributes of successful charismatic leadership.  They do not confer ‘righteousness’, but they do confer success.

So this is one important issue for left realignment.  It is not enough to bury the hatchet and it certainly isn’t enough to patch up the damage with an elaborate balancing act designed to make sure no-one comes out with ‘too much profile’.  That is a great way to save a bitterly divided golf club or amateur dramatics society.  It is not the way to get elected.  The path to representation will require some kind of accommodation between the desire to be represented and the distrust of the cult of personality.  Right now it seems that ‘left realignment’ is like a delicate operation with ‘do no harm’ as the watchword.  At some point it needs to get itself noticed.  Anyone who believes this will happen simply through the act of existing hasn’t been watching UKIP.

But that is representation.  It is not influence.  It is a difficult fact for the left to face but for four years more than one in ten of all elected politicians in the Scottish Parliament were part of a loose left group (if we include some of the independents) but the real evidence of influence is minimal.  Scotland may have a proportional electoral system but that does not mean influence is distributed proportionately any more than it means a seat is the same as power.  Even at its peak the left in Scotland was no more influential than the Lib Dems during the New Labour years.  If path two is one seeking to reach representation, we need to think about path one as well.

Let this be put bluntly – it is a very long time since we had an influential politician in Britain.  A very good case can be made that since Thatcher and Regan, every politician in the UK and the US has been influenced to a very much greater degree than influential.  Ask yourself who is the real influence in the UK just now.  Is it Cameron, looking day by day more like a child dressed up in his daddy’s clothes with the vague hint that he knows he is out of his depth?  Is it George Osborne, a sidekick apparently petrified he might get caught out on something?  Is it Andrew Lansley, apparently dragging the two of them around behind plans for an incredibly neoliberal health reform neither really seems to have understood?  Or is it the corporate lobbyists who spent the last decade writing the policy for Lansley while he was packed off onto some yacht or other to wait it out over martinis while the adults got on with it?

Make no mistake – the CBI does not stand for election, nor does the Daily Mail or the Taxpayers Alliance or SERCO or BAE or any of the other corporations running the show.  In the US the secretive Koch brothers who spend inconceivable sums of money twisting politics to their own ends did indeed try to run for office once many years ago.  After the drubbing they realised it is really just vanity.  Big Tobacco, the NRA, the anti-abortion lobby, the Israel Lobby, Fox News – no-one who matters ever runs candidates.  Ever.  They buy candidates, they twist their arms, they buy the media that reports on candidates, they even fund black opps against ideological opponents.  And they always win.  To see it the other way round is to imagine that in the relationship between Jeremy Hunt and Rupert Murdoch, Rupert Murdoch was the supplicant.

This is the primary point I want to make.  Representation is important; representation without influence is simply tokenism.  The primary difference between influence and invisibility is money and professionalism.  And while the money very much helps, it is not really the most important part.  If you look at the campaign donations in the UK and even to some extent in the US they are quite large sums, but not really in the big picture.  The lobbying budget of business in the UK is absolutely tiny in comparison with their advertising budget.  It does not take much money to influence a politician if you deploy it with care and expertise.  Simply look at Scotland, where the Reform think tank has had an influence well out of step with its resources.
This is what the left in the UK has not been good at – what might be called ‘professionalising’, or deploying the techniques of professional influence to a different end.  You only have to watch Newsnight Scotland to get an idea about this.  If you want to speak to the business lobby in Scotland you can take your pick.  If you want to speak to someone on the other side, who do you phone?  Or look at the political agenda.  If you want to privatise our national water asset you can pick and choose between apparently credible proponents (so long as you don’t probe their case to hard).  If you don’t, you are not a long way away from apparently being on your own.  What has happened over recent times is that the skills and techniques for wielding political influence have become more and more effective just exactly as they have often become harder and harder to see. This is how influence is really brought to bear.

So this is my second main argument – the left has to professionalise.  This does not mean compromise or ‘sell out’, it simply means ‘do the job properly’.  It means that things don’t happen without the left speaking in people’s ears.  It means the media doesn’t run stories without opposing voices.  It means that ideas and analysis are packaged in a sharp and effective way.  We are seeing the beginning of this.  The UK Uncut movement is incredibly media savvy, has short, pithy, memorable messages supported by effective and solid research and knows how to strike where it will have the biggest impact.  It is sad but true that in the field of political debate (though obviously not industrial relations) the big corporations have become more worried about a handful of clever activists and the messages they are getting across than they are about the mass trade union movement.  And UK Uncut has no money.

For this reason, we are currently exploring the possibility of establishing a left wing think tank and lobby group.  If we can build a little support we can exactly exert the kind of influence in Scotland that the right has.  If anything, the left is in a stronger position in Scotland than the right given that the political consensus is far to the left of the dominant business lobby and its endless drive for the marketisation and privatisation of everything.  The left must work to be seen.  But that will take four years.  Until then, it must work to be felt.  That can begin immediately.