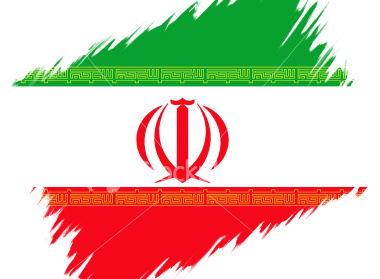 Between the 26 and 29 March the Guardian ran at least 11 articles touching on Iran’s nuclear programme. The wide range of articles in the Telegraph included the somewhat bizarre (29 March) “Benjamin Netanyahu is right – the free world must act against Iran to avert a nuclear holocaust”. One is presumably supposed to forget that a) Israel also possess nuclear weapons and b) Israel is in illegal occupation of Palestinian territory and, as such, is an aggressor state.  One thing is certain, the UK press leave little room for doubt, Iran is building, and presumably is prepared to use, nuclear warheads.

Alongside the stream of press stories, the various site inspections and threats of UN sanctions, there has also been the assassination of Iranian scientists. Western reporting of these acts of murder have provided a fascinating insight into ‘press impartiality’. It is difficult to find any reporting which unequivocally condemns the killings. How would the press in the UK and the US have reacted if a nuclear scientist had been killed on the streets of Glasgow or New York? Would there have been speculation as to our weapons programme, or would the cold blooded killing of an unarmed civilian have gained widespread condemnation? Had the nuclear scientist been killed on the streets of Tel Aviv would we not have been hearing of acts of terrorism and the need for Israeli to respond to such a blatant act of aggression?  The Guardian (11/01/12) described the killing as “Goading a regime on the brink”. “Goading”? Four (possibly five) scientists killed within two years – goading? Would the Guardian have described the murder of a UK scientist by Iran as “Iran goads the UK”?

How would the press in the UK and the US have reacted if a nuclear scientist had been killed on the streets of Glasgow or New York? Would there have been speculation as to our weapons programme, or would the cold blooded killing of an unarmed civilian have gained widespread condemnation?

This March we saw a slew of news stories on an International Atomic Energy Agency (IAEA) report. To quote the BBC (03-03-2012) “Drawing on evidence provided by more than 10 member states as well as its own information, the IAEA said Iran had carried out activities “relevant to the development of a nuclear explosive device”. Time World Report (07-03-12): “Iran May Be Cleaning Nuke Work”. Rueters (05-03-12) IAEA has “serious concerns” as Iran boosts nuclear work, Amano told a news conference at the IAEA in Vienna there were indications of unspecified “activities” at an Iranian military site which his inspectors want to visit as part of a probe into fears Iran may be seeking nuclear weapons capability. His remarks confirmed comments made by IAEA diplomats to Reuters last week when one said: “we have heard about possible sanitation” of the Parchin site that he called “very concerning,” suggesting Iran may be delaying access while it removed evidence of suspect activities.

So what do these news reports tell us? Firstly that this is not an independent IAEA report. Only 10 nations contributed to it – it is emphatically not independent. Secondly that the news agencies are clutching at straws. “Possible sanitation” – Iranian diggers have removed sand. Here is an equally viable alternative explanation. Iran is building, or preparing to build, lots of sand pits for city children to play in. If you want to build sand pits you have to dig up, and transport, sand. This is exactly what Iran appears to be doing. This is worrying. An important issue is raised. If Iran builds sand pits for children to play in, and given that Iran is not a democratic regime, does this mean that children’s play areas are inextricably linked to a lack of democracy and abuses of human rights? Iran’s movement of sand at Parchin clearly could be an indication of a significant effort to indoctrinate children. The one thing that stands out from these reports is that everything is couched in terms of, possible, probable, might, if. If this is evidence it might possibly, nay even probably, be perhaps slightly indicative of a lack of hard facts. There is an interesting footnote to this story. In 2006 the IAEA issued a report on Parching which stated that “[the IAEA] did not observe any unusual activities in the buildings visited, and the results of the analysis of environmental samples did not indicate the presence of nuclear material” (BBC 6 March). So if anything has happened in Parchin it has occurred after 2006. Possibly.

In spite of the massed agreement of the UK press there are other voices. Democracy Now (21-11-11) Seymour Hersh: “Propaganda Used Ahead of Iraq War Is Now Being Reused over Iran’s Nuke Program” (surely not, must be some mistake). In Hersh’s recent articles he notes a complete lack of evidence to suggest that Iran has had a nuclear weapons programme since 2003.

Not only is the IAEA report not independent, but there are serious concerns that the new head of the IAEA is not independent either. As noted by Media Lens the new chief of the IEAE Amano “has described himself as ‘solidly in the U.S. court on every key strategic decision, from high-level personnel appointments to the handling of Iran’s alleged nuclear weapons program.’” Not something any of the mainstream press noted in their recent reports on Iran and the IAEA.

In contrast to UK News Agencies New Scientist took a rather different line on the IAEA report (10 Nov) stating that the IAEA report found evidence of a programme until 2003 but no solid evidence of any weapons development since then. Indeed in contrast to the UK press New Scientist has ran a series of articles since 2004 casting doubts on Iranian nuclear weapons development; “Iran nuclear weapons ambition still unproven” (13 Sept 2004) “Iran’s nukes – more politics than reality” (29 April 2006). Apparently not everybody shares the conviction that Iran is developing nuclear weapons. Or to be more precise, that Iran did not abandon its development programme in 2003.

The UK Foreign Secretary William Hague ratchets up the tension “The onus will be on Iran to convince the international community that its nuclear programme is exclusively peaceful” (Telegraph 29 March 2012).  (No innocent until proven guilty, the accused must prove a negative). On 29 March Arutz Shiva noted “A new report prepared for the U.S. Congress indicates that neither the U.S. nor Israel knows exactly where all of Iran’s nuclear facilities are”. The article goes on to say “The authors noted that one U.S. official said in April 2011 that there ‘could be lots of workshops in Iran’ ”. And in the same article; “according to Bloomberg, a former U.S. government official with ‘direct experience’ in the issue told the researchers that ‘Iran’s centrifuge production is widely distributed and that the number of workshops has probably multiplied many times since 2005’”.

Do not know where the facilities are, could be lots of workshops, probably multiplied. In what sane world is this news, in what sane world is so much news space wasted on “do not know”, “could be”, “probably multiplied”. Jan 8, Face the Nation, Defence Secretary Leon Panetta; “Are they trying to develop a nuclear weapon? No. But we know that they’re trying to develop a nuclear capability. And that’s what concerns us…”. Do you know what I cannot see in US Defence Secretary Leon Panetta’s comments? The word probably is notable for its absence.