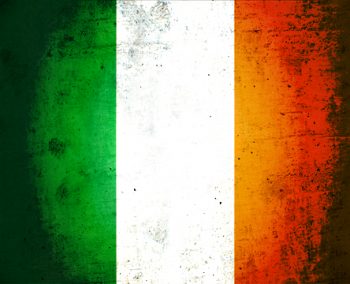 On the occasion of the centenary of the founding of the Irish republic, Bill Bonnar asks questions about Scotland’s future

It’s November 1921 in Inverness Town Hall. The British Cabinet are in the Highlands for a weekend of grouse shooting and have taken some time out to agree the final draft of the Anglo-Irish Agreement. This would establish the Irish Free State and the separate province of Northern Ireland the following year. How did we get here?

In April 1916, the Easter Rising took place in Dublin in which heroic Irish Republican forces staged a military uprising against British rule. Militarily, it was a non-contest as they were vastly outnumbered and outgunned. Politically, it represented a dramatic victory and paved the way for the end of British colonial rule. Support for an independent Ireland was always widespread but latent; an aspiration to be achieved some time in the future but beyond reach at this time. The Easter Rising changed all this. It was like someone had pressed a button in the consciousness of Irish people with independence now an immediate and urgent demand. This was reflected 18 months later in the general election of 1918 when Sinn Fein won a stunning election victory winning majorities in 26 of Ireland’s 32 counties. Only in six of the eight counties of Ulster that had Protestant/Unionist majorities did they fail to win seats. Armed with a clear, democratic mandate, Sinn Fein declared Ireland to be an independent republic and formed a provisional government.

Not surprisingly the British Government refused to recognise the result, banned Sinn Fein and launched a campaign of mass repression against the Irish people, in effect, an aggressive re-occupation of the country. In response, Sinn Fein’s military wing, the Irish Republican Brotherhood, launched an armed struggle to end the occupation. For the next eighteen months, a bloody conflict developed with the IRA launching guerrilla raids against the British forces and with the British responding with their own campaign of terror against the Irish people. It was a stalemate situation. The IRA were strong enough to wage a successful insurgency but not strong enough to drive the occupying forces out. The British Government while strong enough to maintain the occupation was not strong enough to defeat the insurgency. Meanwhile in the six counties of what would become Northern Ireland, unionists were mobilising their own mass military force.

By 1920, it became clear to the British Government that it could not prevent the establishment of an independent Ireland. With this, it adopted a different approach: we will recognise the principle of independence but we will set the terms. These terms would include; the right of the Protestant/ Unionists majority in the north to secede from an independent Ireland and remain part of Britain, Ireland would remain part of the British Empire with the king as head of state, MPs elected to the newly proposed Irish Parliament would have to swear an oath of allegiance to King George, British military bases would remain and the Ireland’s new currency; the Punt, would be pegged to the British pound in a form of shared currency.

These proposals in turn plunged the republican movement into crisis. For the majority, it represented a sell-out falling far short of the independence they dreamed of. For the rest it was the best that could be achieved at this moment and would in the words of Michael Collins give Ireland the ‘freedom to choose freedom’. It would be supported by most of the people thoroughly exhausted by the war. In 1921, the Treaty was put to a referendum and was voted on overwhelmingly. This was not surprising considering it had the support of the new Irish Provisional Government, the British Government, almost all the Irish media and the Catholic Church. Some witnesses at the time commentated that when people went the polling stations to cast their vote for the Treaty they did so with little celebration. The British Government had made it clear that if it were rejected and the armed struggle resumed, they would inflict a massive war on the Irish people. Some likened it to be voting with a gun pointed to your head.

The Republican movement already split dissolved into a savage civil war between Treaty and anti-Treaty forces. It represented the greatest tragedy in the history of the Irish independence movement as former comrades fought against each other. Supported by British military aid, the pro-Treaty forces comfortably won this conflict. In the film, Michael Collins, the tragedy is played out. Collins was the leader of the IRA and remains one of the greatest figures in Irish history. There is a scene where anti-Treaty forces are barricaded inside the Four Courts in Dublin surrounded by the new Free State army. These forces are all carrying British weapons, have British supplied artillery and Collins himself is directing operations in what looks like a British military uniform and travelling in a British military jeep. The tragedy of the situation could not have been clearer. Collins would later be assassinated by anti-Treaty forces.

The civil war ended in 1923 by which time the Anglo-Irish Treaty had been implemented. The Irish Free State was established in 1922 with Ireland divided. The six counties of Northern Ireland would remain part of Britain. The new Irish Parliament, Dail Eireann, was dominated by the pro-Treaty faction which would become Fianna Gael. This domination was helped by the fact that anti-Treaty MPs elected to the parliament refused to take their seats because they refused to take the oath of allegiance to the King. The leader of Sinn Fein, Eamon de Valera, tried to get this policy reversed and when he failed formed his own party, Fianna Fail, in 1926. In the general election of 1932 Fianna Fail became the largest party and began the process of undoing many of the provisions of the Anglo-Irish Treaty. This process had already begun in 1931 when an Act of the Westminster Parliament enacted a Statute of Westminster which ended Westminster’s ability to legislate on behalf of the Dominions. This primarily affected Canada, Australia and New Zealand but also applied to Ireland. In 1932, the Irish Government abolished the Oath of Allegiance and later would withdraw Ireland from the British Empire. In 1937, a referendum formerly abolished the Free State and replaced it with the Republic of Ireland. The only part of the Treaty still standing was the division of Ireland and the separate status of Northern Ireland. The new constitution laid claim to the province declaring as its aim the achievement of a united Ireland by peaceful means and ‘with the democratic consent of all the peoples of Ireland’.

The Free State was created almost a century ago and represents the only example of part of the United Kingdom breaking away. What are the lessons for Scotland and its struggle for independence? If the ‘Yes’ side had won the referendum in 2014, how would things have proceeded? There would have been a two-year period of transition and negotiations leading to the establishment of an independent Scotland in 2016. Yet some of the likely compromises show significant similarities to those accepted by the Free State. Scotland would remain part of the British Commonwealth with the Queen as head of state. Presumably Scottish MSPs would still take an Oath of Allegiance to the Queen. Scotland would almost certainly have a shared currency with England. Although this was rejected by the British Government during the campaign, it is almost certain it would be agreed in the negotiations. Westminster would also demand a leasing agreement for the Trident nuclear submarine base at Faslane and probably agreements on other military bases. Like the Free State of 1922, the new Independent Scotland of 2016 would have a compromised independence.

What about a future referendum? Here the similarities may be closer. In 1920, the British Government changed tact and accepted the principle of Irish independence. Taking the view that this was now inevitable, it sought to shape the nature of that independence in Britain’s interests. One can imagine a scenario in the future with the Scottish and British Governments going down the same road. This would involve reaching an agreement on issues like a common currency, Trident, the monarchy etcetera and putting this package to the Scottish people in a referendum. A referendum in which both governments, all the major parties in Scotland and most of the media would support the proposals. In this situation, there is no doubt that this would be endorsed overwhelmingly. Either because people had few problems with the compromises or would seek changes in the future: ‘The freedom to achieve freedom’. It would also fit into the SNP’s strategy for achieving independence, in so much as they have a strategy. Independence achieved not through struggle but through negotiations, compromise and agreement.