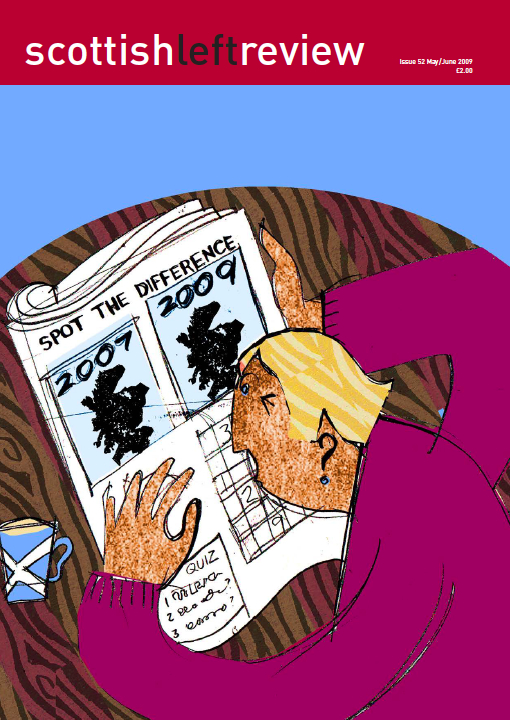 Isobel Lindsay suggests that the SNP in Government has faced mainly left but with a right track;  Bob Thomson explains why Labour is still losing;  John McAllion considers whether the Left can put together a significant challenge in time for the 2011 Scottish elections;  Michael Keating explores the variety of coalition options that could emerge in the Scottish Parliament;  John Mason MP describes his experience of the seriously flawed Westminster legislative process;  Vince Mills looks at the reasons behind the STUC’s decision to reject the Scottish People’s Charter;  Tommy Sheppard asks educated, interested twenty-somethings why they won’t vote in the Euro elections;  David Conway argues that what the NHS can do is limited without greater social and economic inequality; Christopher Boyd examines the protests against Israel that recently took place in Scottish universities.