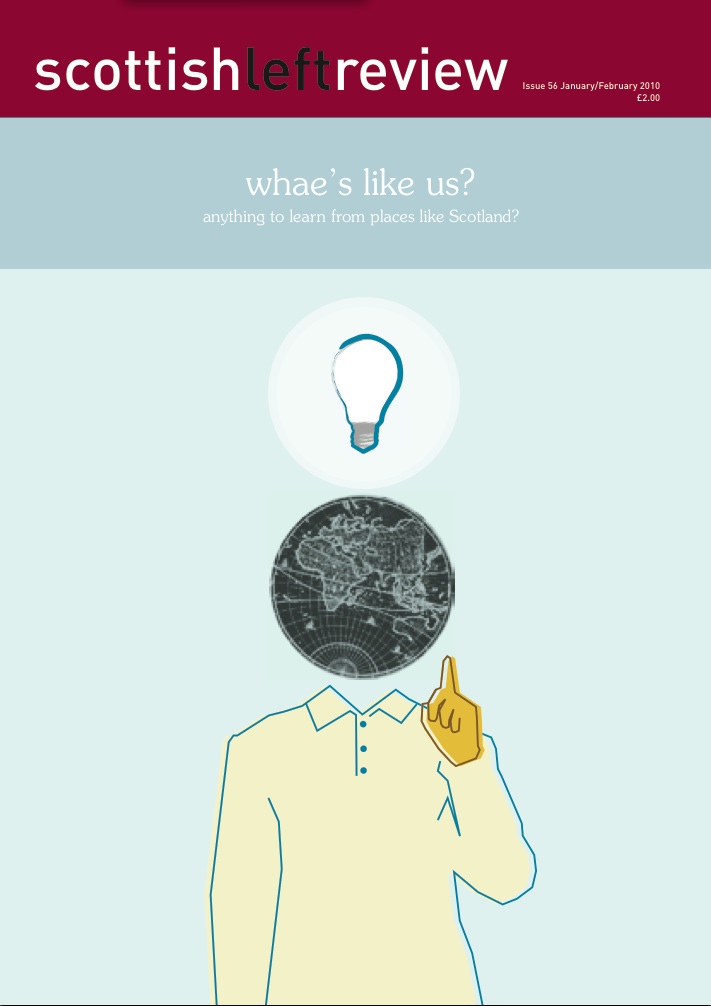 In Issue 56 we launch a year-long look at other small countries and regions which have similarities to Scotland to explore if there are lessons Scotland can learn – and to try to do something to bridge the political isolation that Scotland suffers in international terms. In this issue we have an analysis of the state of politics in Iceland by party group chairman for the Movement, a member of the Icelandic Parliament, activist and poet Birgitta Jónsdóttir. We also have an overview of left politics in Holland by Tiny Kox, Senator for the Socialist Party in the First Chamber of the Dutch States-General.

In each issue of the Scottish Left Review in 2010 we will include at least one similar article from countries around the world.

Also Margaret and Jim Cuthbert on how PFI criticisms  have turned out to be correct and that mistakes are being repeated by the current Scottish Government; Tom Nairn on the Scottish nation as an expression of trends embracing the whole globe; Daniel Gray on the popular response to his study of Scots volunteers in the Spanish Civil War; Carole Ewart on UN Human Rights Treaties and public expenditure priorities; Jim Phillips examines the devolution campaign and asks What now? It’s time to shake off forty years of establishment manipulation says Andy Anderson.