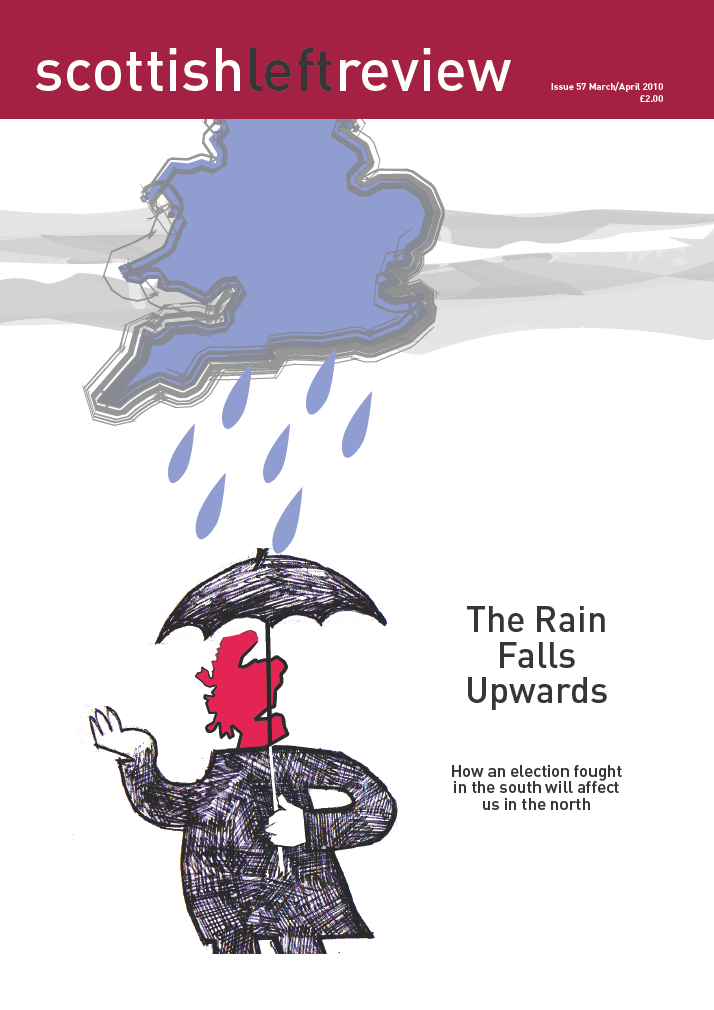 In Issue 57 of the Scottish Left Review we look at the implications for Scotland of a General Election which will be won and lost a long way south. The three takes on what different outcomes could mean are: Michael Keating shows that there are many possible outcomes after the General Election – and even more potential reactions; There may be assumptions about what a hung parliament would look like but Stephen Maxwell shows that in fact it might not be that striaghforward; Vince Millsargues that there is no real optimistic outcome for the left from the General Election so it is time to look to the next generation.

Also in this issue: Dave Moxham looks at the agenda for the STUC Congress and shows that in a space between an economic collapse and the election of a new government the influence of the trade unions has never been more important; Gary Fraser discusses how the Left can counter the attack on the Welfare State ; The People’s Charter is a real alternative to current politics.Pat Sikorskiargues that we can create an effective coalition for resistance; Continuing our series bringing news to Scotland from other countries Antoni Abad i Ninet looks at how the referendums Catalonia has held into its future have been ignored and what that means for nations and democracy.