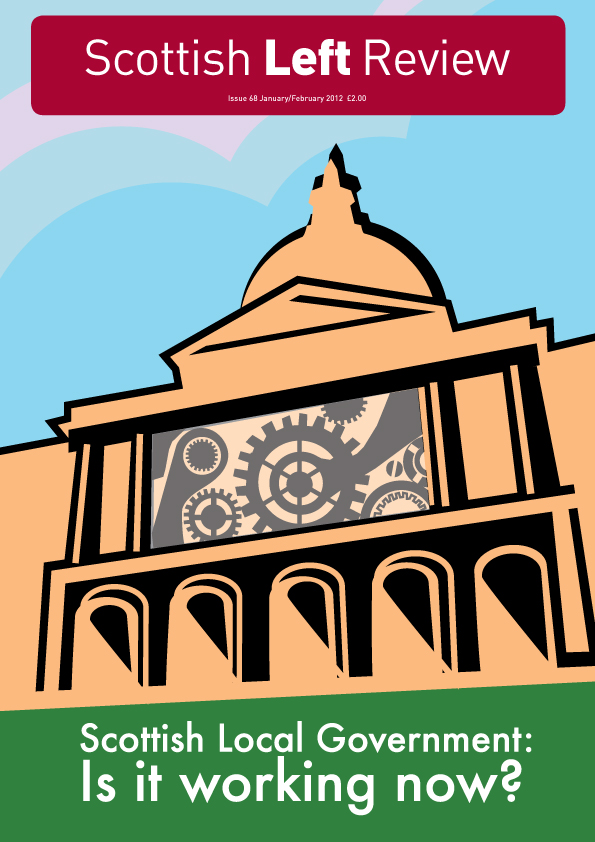 Peter McColl, Lesley Riddoch and Eberhard Bort take a look at local government in Scotland and, by comparing it with other countries and asking how it has responded to recent developments, seek to find out if it is serving the democratic needs of Scotland.  Also in this issue: Joseph Ritchie on the role of non-violence in protest movements, Tom O’Hara on utopian socialist fiction, Patricia Walls on sectarianism, Gordon Morgan on the political changes which took place across Europe in 2011 and Justin Kenrick on what the Occupy movement may mean for political change.