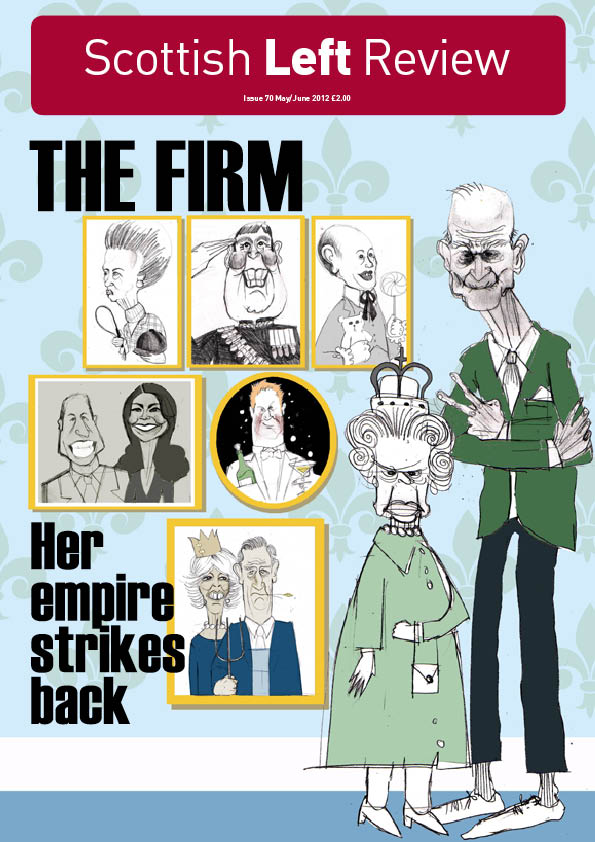 To mark the Diamond Jubilee, the Scottish Left Review asks how the Royal Family has managed to persuade everyone that it is somehow ‘harmless’ which simultaneously acting as a front for the arms industry. With Neil Blain on media balance and he monarchy, Kaye Stearman on the relationship between the Royals and the arms industry, Paul Leinster on a vision for a republic and the Constitutional Debate on independence and the Queen – plus a Kick Up The Tabloids special with the outcome of our Head of State poll. Also Robin McAlpine on local democracy, Neil Findlay on pay day loan companies, Siobhan Tolland on the power of the pharmaceutical industry in Scotland, Bill Wilson on the ramping-up of rhetoric on Iran, Andy Anderson on Marxist economics and the financial crisis and reviews of books on Tommy Sheridan and films about the Upper Clyde Shipyard work-in.