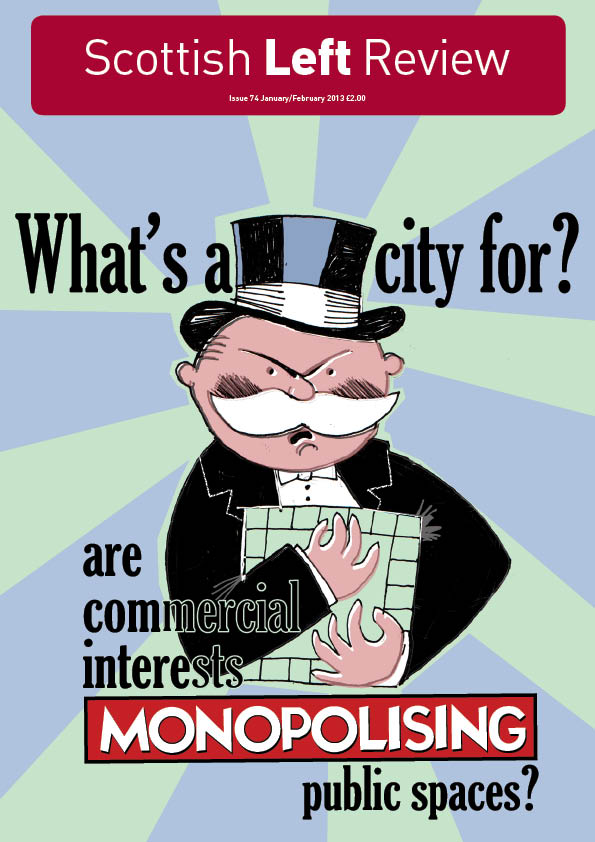 As Glasgow City Council prepares to make a decision about the redesign of George Square, Malcolm Fraser, Ewan Morrison, Eoin Anderson, Neil Gray, Emily Roff and Ronan Paddison ask if commercial interests have pushed all other aspects of the modern city aside. Also Andy Cumbers on public ownership, Susan Pettie on the Icelandic constitution, Dave Shaw on private schools, Margaret and Jim Cuthbert on who owns Scotland’s PFI, Robin McAlpine on one year of the Reid Foundation and four writers reflect on what next for the Radical Independence Campaign.