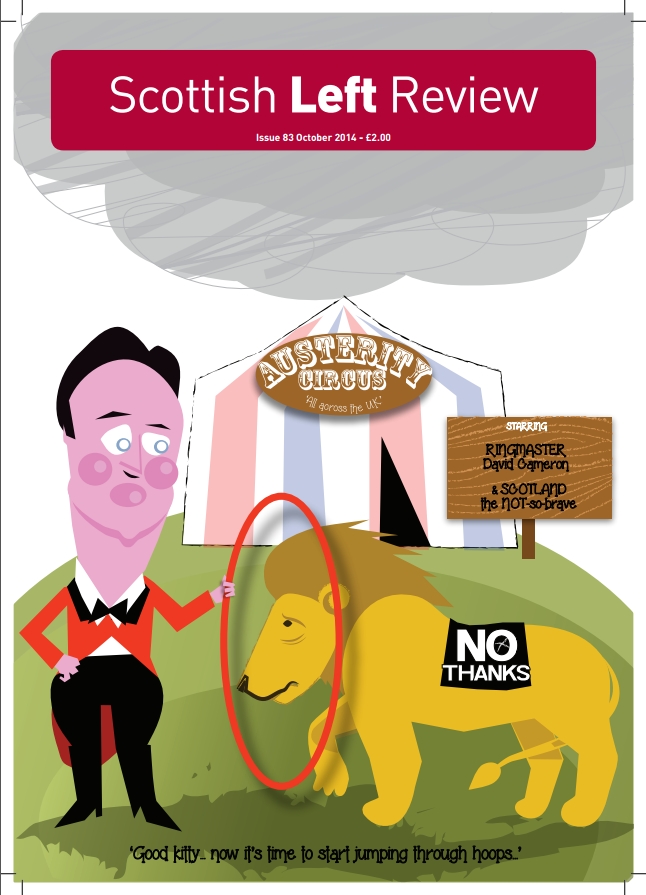 Contents of this Special Edition


Editorial comment
The referendum result has thrown down a gauntlet to all those involved but how will they respond?

Out with the Old: In with the New?
Allan Grogan looks for new beginnings to return to old values

More Powers? Yes, but only if you use them – and for progressive ends
Katy Clark suggests the appetite for social change can be satisfied

Moving forward – promising plenty but with danger of diversions
Grahame Smith outlines the most likely post-referendum scenario, showing there are opportunities and dangers

VLADIMIR McTAVISH’S Kick up the Tabloids

If you have enjoyed reading the Review, please consider taking out a subscription and/or giving a donation, you can do both online.