All change? It’s certainly time for a change! 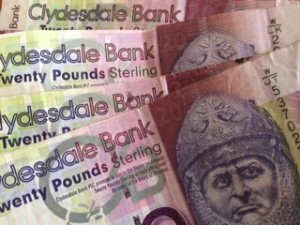 When John Major privatised Britain’s railways twenty years ago he promised it would deliver three things – competition, innovation, and investment. Competition, he said, would drive innovation and investment. But there is no competition as the privatised train operating companies all have protected routes, private monopolies. And, there is precious little innovation – the privatised train companies were against the introduction of Oyster cards – and all the investment in the rail industry comes from central government.

Fares have gone up, not down – we now have the highest rail fares in Europe – while trains have got ever more crowded – to the point where passengers, even commuters in south-east England who vote Conservative, are calling for a return of the railways to public ownership.

I know why the train operating companies like privatisation – when they talk about ‘risk and reward’ what they mean is there is no risk, it’s all reward. But the model is clearly broken. It doesn’t work. It’s no way to run a railway in the twenty first century.

The full madness of privatisation hit Scotland’s railways with a vengeance this year. East Coast, which returned £1bn to the Treasury while in public ownership, was taken over by Stagecoach (even though they call themselves Virgin East Coast, and use Virgin livery, they are 90% owned by Stagecoach). This is the fifth private company to try running this franchise. The only successful company was publicly owned, a directly operated railway, but the political dogma of the Tories and Liberal Democrats meant this public asset was sold to a private company. Again.

On ScotRail, we have seen our railway split in two with the Caledonian sleepers being handed over to Serco. This decision had a major impact on our members who worked for ScotRail and DB Schenker. As Serco had no drivers, they subcontracted the work to GB Railfreight.

Abellio were awarded the rest of the ScotRail franchise (and they subcontracted work to Direct Rail Services due to a lack of diesel units). What a missed opportunity! I find it astonishing that the Dutch government was given the keys to Scotland’s railways when the Scottish government could have delayed the decision on awarding the franchise until after the Smith commission reports back with its recommendations on further powers for the Scottish parliament.

It’s high time that the railways of this country were put into the hands of the people of this country. Regardless of anyone’s political leanings, it does not make any sense to hand the contract to another European government to run our railway. As a union, we have campaigned long and hard to bring the railways back under public ownership because we know that is the best way to run a properly, vertically, integrated railway in the twenty first century and we will work to bring Scotland’s railways back under public ownership.

Sometimes, it seems that every time we take a step forward to ensure there are robust measures in place to deal adequately with issues that affect our members as well as the travelling public – such as suicide and trespass – some short-sighted person impacts on all the good work. This time it was Michael Matheson, Justice Secretary in the Scottish government, who announced that British Transport Police (BTP) will be subsumed into Police Scotland. This after the Smith commission devolved powers over railway policing to Holyrood.

The BTP possesses specialist skills in a world where the first priority is generally safety, rather than criminality, and the specialist knowledge that needs. Every one of the stakeholders I have spoken to feels this is another mistake, and the first stage in the dissolution of a body that everyone in the industry thinks should remain operating independently in the interests not just of those of who work in the industry, but the travelling public, and the taxpayer, too.

The premature closure of Longannet power station will devastate a region which still bears the scars of the pit closures in the 1980s. It’s a bitter blow, not just to the workers who will lose their jobs, but to the whole area of west Fife. And, all this at a time when we need more, and not less, energy security.

The aims of my union are clear and enshrined in our rule book. ASLEF exists to secure the best terms and conditions for train drivers, to negotiate on behalf of our members with the train and freight operating companies, to promote a pride in the job we do, to champion equality in our industry, to provide education services for our members, and to work for a fairer, more just, and more equitable society – a socialist society.

That’s what we want. A government committed to socialist values. And that includes bringing back into public ownership the key parts of the economy which belong to the people.