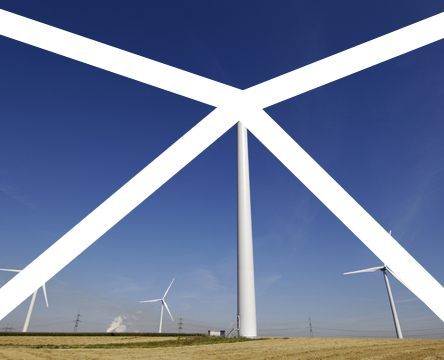 On 18 March Highland Council supported a proposal to build three connected wind farms in the outer Moray firth. Marine Scotland, i.e. the Scottish Government, now has to decide whether to approve the scheme. 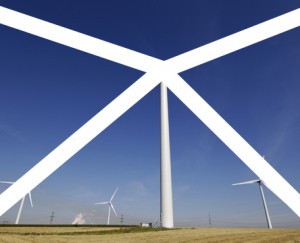 Normally such a scheme would be automatically approved. Reducing carbon emissions through renewables is a key Government policy and targets have been set. Ministers have long praised Scotland’s offshore wind assets and sought investment in this relatively new industry. There are however, significant features about this scheme which should make ministers pause and postpone or reject the scheme in its current form on economic, cost and strategic grounds.

Moray Offshore Renewables (MOR) has been given an exclusivity agreement to propose a wind development of this area by the Crown Estate. If consent is given for the proposal they would be granted a 50 year lease to construct and operate the wind farm. MOR is a joint venture by Spanish oil company Repsol and Portuguese power group EDP.

Discussions are ongoing with local and government agencies to maximise the size of the local supply chain. However, the reality is that although Scottish and UK suppliers of services are able to significantly contribute to smaller scale developments, it is unlikely that many would be able to contribute significantly on huge projects

Originally 25 per cent of the project was owned by Sea Energy PLC based in Aberdeen. However, this interest was sold in 2011 for £36 Million. EDP claims to own 75 per cent of the project. Last year 21 per cent of EDP was bought by the China Three Gorges group which is wholly owned by the Chinese government. The Chinese have announced that EDP is to build several off shore wind farms in China and Three Gorges is taking a stake in several EDP wind farms, in particular Moray Firth.

It is clear that China for its own strategic reasons is in effect buying access to the key offshore wind technologies so that it can dominate the world in this industry just as does in photovoltaic solar panels and other renewable sectors. Although technically still an EU consortia, most technical benefits and a per cent of profits are set to go to China.

If it goes ahead this will be the world’s biggest offshore wind farm, 50 per cent larger than the London Array, with initially 339 turbines covering 300 square kilometres and the capacity to generate 1.5 GW of electricity enough for between 800,000 and 1 million homes. This is about 40 per cent of the capacity of all Scottish onshore wind schemes. Electricity will be delivered to the grid at Peterhead.

When completed a significant proportion of Scotland’s electricity will be reliant on wind blowing in the Moray Firth.

If approval is swiftly given, the development would be completed in three stages between 2016 and 2019 with construction commencing in 2015. However, the development will only proceed if the UK Government implements its new Energy Bill and sets a high enough ‘strike price’ for electricity purchased from the project to ensure large profits to the consortium.

From a Scottish Government perspective this price is a concern as the cost of electricity will be borne by Scottish households. Just as ROC levels are set in Holyrood for Scottish developers, so should the strike price under the new Act.

The EU is about to publish guidelines on the best practice for support of renewables and on 27 March the European Commission adopted a Green paper on “a 2030 framework for climate and energy policies”. This is out for consultation with EU governments. These developments could impact on the UK legislation, and must also be considered by the Scottish Government.

It would be very strange if this centre was not used to test the equipment for such a large development which would be situated in very similar wind conditions.

Normal product cycles would see significant improvements in efficiency and reduced maintenance costs over a few years. Some predict cost savings per unit of power in excess of 30 per cent. To make a massive deployment of minimally tested technologies must result in significantly reduced efficiencies and higher costs which inevitably will be borne by the consumer. On these grounds alone a deferral of full approval would be justified.

The bulk of the cost of wind farms is in the construction and manufacturing phase and few of the key suppliers of components as listed by the Crown Estate are Scottish. The project literature notes that there is “little existing supply chain” in Scotland.

The Scottish Government is taking action to encourage facilities and companies to get involved in off-shore wind, and there is a recent announcement for Ardersier. Apparently discussions are ongoing with local and government agencies to maximise the size of the local supply chain.

However, the reality is that although Scottish and UK suppliers of services are able to significantly contribute to smaller scale developments, it is unlikely that many would be able to contribute significantly on huge projects of this scale if the proposed time-scale is agreed. Certainly the Crown Estate target of 50 per cent by value to UK firms is unlikely to be reached. This will be more certain if the proving ground of the Aberdeen deployment centre is not available during the time-scale of the project.

The project literature estimates between 530 and 1,569 direct Scottish jobs would be created during the construction phase and between 448 and 1,072 indirect jobs. Once the farms were complete only between 245 and 400 direct or indirect jobs would remain. The lower level of jobs will certainly apply unless time-scale amendments to secure the use of Scottish suppliers are made. Overall 70 per cent of the capital investment is likely to be spent abroad, some in China. All profits would also leave and not be directly reinvested.

The reported cost of £4,500 million is based on the Crown Estate paper “A Guide to an Off-Shore Wind Farm” which says a typical 500 MW farm will cost £1,500 million. The proposal is for three farms of this size. The Crown Estate example farm is assumed to be 50 miles from shore and its costs estimates are some years old.

This proposal will be 13.5 miles from shore, in shallower water, may use larger and fewer turbines and is a linked project which eliminates duplication so costs should be less than the above. As an instance, the brochure states “up to two AC/DC platforms” would be used instead of three and a similar number of onshore converters. A reduction from three to two will save £400 to £500 million. The capital costs are likely to be between £3,500 and £4,000 million, probably towards the lower end.

The brochure estimates between four and 5.2 million MWHr of electricity per year could be produced so we are looking at a capital cost per MWHr of between £673 and £1,000. The estimated lifespan of the project is between 20 and 25 years. Assuming the latter then it would produce electricity for 23 years and financing would be for 25.

Were the government directly funding the project and selling bonds with a three per cent yield over 25 years with inflation at two per cent then the inflation adjusted cost per MWHr each year would be between £39.24 and £58.31.

Annual maintenance and running costs of necessity are estimate; however, assuming they are four per cent of capital each year we add between £26.92 and £40. This gives a total cost of between £66.16 and £98.31 per MWHr.

By comparison it should be noted that the Scottish Government has classified offshore wind at 1.8 ROCs in 2016/17 when the first scheme could become operational. At current prices that would pay the developer between £76 and £81 per MWHr over and above any additional receipts.

The actual financing costs may be substantially higher. However, a Chinese state-backed corporation should have access to cheap funds.

There is, however, virtually an investment freeze on European financial sector funding for energy companies. As the EU Director General for Energy reported to the Lords “the rate of return expected of pension fund managers seems also to be around 15 per cent risk-free”. The cost projection also assumes no residual value after 25 years. Clearly large parts will need upgrading, but with annual maintenance, the plant may still be worth over £1,000 million.

The most difficult estimate is the developers rate of profit. Prior to approval and the setting of the ‘strike price’, the Government must have information on the expected project and finance costs. Chris Davies the UK energy minister reported to the Lords that the rate of profit agreed in previous renewable funding negotiations was thought to be between six per cent and eight per cent. If developments were publicly-funded joint ventures on a common weal basis, there would be greater transparency and lower costs.

MOR was granted exclusivity rights in 2009 following a public tender in 2008. No public authorities or British public consortia were encouraged to tender for any off-shore wind allocation. Provided the organisation granted the lease continues to trade, ownership changes, e.g. the sale of Scottish interests or sales out with the EU, do not affect the allocation of rights.

As with all Wind farm applications no plans for backup energy storage are included in the plan. This means when the wind doesn’t blow electricity for customers has to be found elsewhere. At present this generally means switching on fossil fuel stations or cutting off customers who don’t require continuous electricity.

As the proportion of renewables increases after 2020, this approach must change and strategic decisions must be taken fairly soon by the Scottish Government. The options for each European country appear to be:

accept the technical dynamic towards a decentralised grid with local energy surpluses. Move rapidly to a hydrogen economy with local storage of hydrogen energy and a gradual shift to hydrogen based transport.

We have already seen Norway threaten to cancel the NorthConnect inter-connector, so given the decentralised nature of wind, wave and tide in Scotland, a hydrogen economy beckons. Hopefully consideration of how to backup the Moray wind will prompt an early debate and decision.