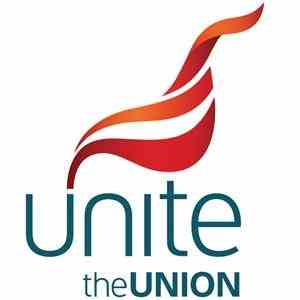 According to John Duffy (SLR Issue 81) and his co-authors of the Jimmy Reid Foundation report on Industrial Democracy entitled “Working Together”, a major plank of the future of industrial relations in Scotland should be based on the adoption of European “models” involving employee forums, Works Councils and employee seats on company boards. It is a proposition that appears to have resonated with the Scottish Government, who include support for increased employee involvement in their “Scotland’s Future” White Paper.

On the face of it, such suggestions may look attractive, especially as they contrast sharply with the Con-Dem attack on employment rights and the establishment of the Carr Review to consider another raft of anti-union legislation.

The relevance of Graeme Smith’s warning is borne out by the fact that one of the companies who have established a Works Council is Ineos, the same organisation who are engaged in unfairly dismissing the trade union convenor, the non-recognition of democratically elected shop stewards and the withdrawal of “check off” facilities for the collection of trade union dues. It is also evidenced by examples, including some in the finance sector, where the existence of works councils or employee forums is presented as a substitute (or more accurately, a barrier) to full trade union collective bargaining rights.

There are many other, albeit much more subtle, examples of employee involvement schemes being used to undermine trade union organisation. As a young shop stewards convenor in the chemical industry, I had to grapple daily with the employers attempt to weaken established union bargaining processes by taking issues out of the bargaining arena and floating them in a limited consultative process, within which “stock market sensitive” information was denied to us. They also initiated several attempts to bypass trade union reps completely through so-called Quality Circles, team briefings, suggestion schemes and “continuous improvement” work methods, whilst presenting these as positive moves to “encourage” and “value” the involvement of the workforce.

Whilst the Working Together report correctly points to the wide collective bargaining coverage in many other European countries (and suggests that the right to bargain, as well as to withdraw labour and to picket should be enshrined in law here) it fails to acknowledge that, in almost all of these countries, employees on company boards are expected to put company loyalty ahead of a workers representative role and to accept a range of limitations, including confidentiality clauses (i.e. non-communication with the workforce on specific issues).

The report does acknowledge that in the so-called “European models”, “employee involvement” does not necessarily mean “trade union involvement”. Worryingly, however, the authors do not appear to regard this as a problem, going on to suggest that trade union involvement on boards should be limited to 1 union representative, sitting alongside potentially 2 non-union reps elected via a Works Council or by the workforce as a whole. If, as the report correctly suggests, “unionised labour is more productive than non-unionised”, “trade unions are legitimate representatives of the workforce” and workers should have “some semblance of control over their everyday lives” , why does it not suggest (as presented by advocates of industrial democracy in the 70’s and 80’s when the theme was previously dominant on the left) that workforce board representatives, as well as those on employee forums/committees, should be elected by and from the trade union members at the workplace (with the right of recall by the union members if their collective view is not properly or effectively presented)? To do otherwise is to encourage non-union representation, ensure that real power and influence continues to rest with the employer and potentially undermines trade union organising strategies, based on the goal of 100% organisation and involving the empowerment of shop stewards, accountability to and communication with the membership and a preparedness to act on issues of concern to the workforce when they demonstrate a willingness to do so.

The report also suggests that overall workforce representation on boards should initially be limited to the “starting point” of one-third representation. This, together with the limitation on direct trade union representation, is a far cry from even the modest proposals of the ill-fated Bullock Report which suggested equality of representation with equal numbers of trade union and employers representatives on boards. Given that Bullock was opposed by some on the left who rejected it as a formula for “class collaboration”, echoing Willie Gallagher’s rejection of co-partnership schemes as “cunningly designed by a plausible appeal to individual cupidity to corrupt the workers and seduce them from collective action”, what chance is there of the left broadly accepting a proposal to confer minority status on workforce board members ?

Furthermore, why does the report’s suggestions on the issues to be addressed by greater employee involvement not extend to the workforce having a right to participate in examination of business opportunities, improved work routines, workplace lay-out and design, the purchase and operation of machinery and resources and the general process of production or service delivery ?

Instead, the report suggests that “cooperation” or “co-determination” committees should consider issues such as hours of work, holidays, grading, training and (ominously) workforce surveillance (effectively taking such issues out of the collective bargaining arena) and it emphasises “collaboration” and “common interests”, seemingly denying that there is an inherent conflict of interest between capital and labour.

Those of us on the left who have long advocated industrial democracy do so precisely because we recognise that that conflict of interest exists. The use of the management prerogative and their so-called “right to manage” (as protected in some of the “Nordic models” of employee involvement) is about maintaining and reinforcing the power structures of capitalism. It is the driving force that prompts employers to regard workers as subordinates, dehumanising and alienating them as their views, contributions and human needs are disregarded in the drive for intensification of work for profit and, in the worst cases, contributing to the tension, stress, bullying and ill health that continues to prevail in too many of our workplaces.

Industrial democracy and collective trade union organisation should not only be about genuine employee involvement and participation, it should also be about building workers power, valuing their experience and expertise, giving them more control, ensuring fulfilling work and raising self-esteem. It should be about raising their aspirations and developing the confidence that they can forge alternative workplace relationships and, ultimately, an alternative to capitalism itself, through the realisation that we cannot fully control what we do not own. On that score, the case for industrial democracy is inseparable from the case for workers control and common ownership. Therefore, in studying the position of workers in other European countries, it may be worthwhile to look at the experiences, good and bad, of the Mondragon Corporation (a federation of workers co-operatives in the Basque country where 82,000 workers work in companies which they themselves own) or the application of the Marcora Law in the Emilia-Romagna region of Italy, where workers have a legal right to bid for ownership of firms when faced with redundancy. Looking at such examples, with all of their imperfections, could and should link to the consideration of the case for industrial democracy. It may also have the added advantage of linking to the issue of community ownership and empowerment triggered by the community right to buy in Land Reform legislation in Scotland and the scope for further improvements in this. After all, if the benefits of democratic ownership of the land on which a community relies is now, rightly, acknowledged in law – why not also recognise the benefits of collective worker and community ownership of the industries upon which those communities also rely?

The Working Together report does submit that wider legal changes are required if industrial democracy is to be built on firm foundations – including the aforementioned case for the legal right to bargain and to withdraw labour. However, it makes no mention of the need for stronger legal protection against the dismissal of trade union activists. This is commonplace in many European countries, where such dismissals cannot take place prior to the conclusion of legal proceedings, within which the burden of proof is on the employer to justify the dismissal, in contrast to the situation with cases in the UK, such as that involving Ineos, where the company dismisses and the union is left to take legal action after the event.

It is long overdue that the left revisited the issue of industrial democracy. In this respect, the Working Together report serves a useful purpose. However, we should not allow trade unionism and collective organisation to be undermined by phony partnerships or charades of involvement utilised by some employers to break collectivism, making individual workers feel important whilst providing them with no real influence and failing to address the need to redistribute power as well as wealth.

As Tony Benn put it in his “Arguments for Socialism”:

“We must reject the idea that one worker on the board is industrial democracy. We must reject phoney works councils not rooted in the strength and structure and traditions of the trade union movement. All of these are window dressing designed to divert the demand for democratic control into utterly harmless challenge. We should be talking about the transfer of power within industry”