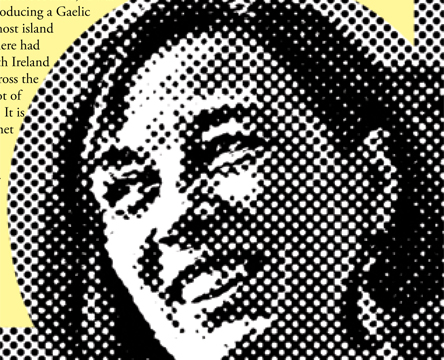 Jacqueline Smith is a new novelist is former Chair of the Scottish Writers Centre, Glasgow She is author of ebook ‘Inspiration from the Common Wealth of Writers to Boost Creativity. Her upcoming debut novel the Witchfinder is to be published by Fleming Publications in early 2015. Interview by Graham Campbell

SLR: Jacqueline please tell me a bit about your career as a writer

JS: I dedicated myself to writing in 2006 but been doing it all my life really and gone on to have a few poems published in different anthologies and we started a poetry night in 2010 whilst doing my masters in Creative Writing at Glasgow University. Then eighteen months after I became involved with the Scottish Writers Centre. I first organised their events programme and then became Chair.

What made you decide on making a creative link between Scotland and the Caribbean and to slavery as a subject?

I have always been aware of Glasgow’s history of involvement in the slave trade and was brought up in the east end by my parents owned the College Bar on High St which is the oldest pub in Glasgow and was once around as a staging post in the 17th century for people going off to the plantations, it was also in that area where Glasgow University originated. I went to school in the Calton so I’ve always been involved in and interested in the history of Glasgow.

My interest in Caribbean and Africa came from engaging writers and poets who came to perform at the Ivory (in Glasgow’s southside) after interviewing headlining writers from countries like Jamaica – Dr Kei Miller and Zimbabwe –  Tawona Sithole of Seeds of Thought Collective who headline at Ivory, so I began writing my novel in 2009.

I discovered Janet Douglas’; story rooted in the 17th century at the very beginnings of Scotland’s involvement in the slave trade. I knew that Janet has been bashed in the plantation but I didn’t find any evidence of where. I was fascinated with exploring the connections, including with the Covenanters and those described as miscreants and criminals who were being transported to the plantations in the Caribbean. It’s a fictionalised story based on a lot of facts in the book about Janet Douglas’s life

She was a real person?

Yes and that was my choice to put her in a Jamaican context because it was an interesting story to tell and but also to explore the connections between the cultures in terms of the slave trade and the impact of slavery on the Scots in the plantations like those that existed in Jamaica.

I notice the style and format is that you use three languages Jamaican patois, Scots and English Gaelic and that it is also very much written as a diary or exchange of letters – why is that ?

I have used these methods because I wanted the characters to speak in their own voices – especially Janet Douglas but no one knew she came from – She was a real historical figure but she had a lot of mysterious elements to her life. So I’ve fictionalised the beginning and the end of her life in Davaar (an island off the West coast of Scotland). I was thinking of introducing a Gaelic element since most island communities there had connections with Ireland which is just across the water hence a lot of Gaelic speakers. It is possible that Janet knew Gaelic as few very people lived on Davaar at the time.

Letter correspondence format – Janet’s story is told in the first person through letters as her stories – because while; I had researched the bewitching of George Maxwell and seen much documentation from Maxwell’s perspective but nothing from the women’s perspective – so there are parallel narratives with a Jamaican character taking over the voice and create a parallel journal for Hope Douglas because this Jamaican character takes possession of the journal.

I noticed you even use different type fonts in the text

The font is different for Hope Douglas as she’s the first 21st century character in the book. She discovers the journal of Janet Douglas at her work as a Librarian at the Institute of Jamaica where she comes across the actual historical documents. I have used Courier font to indicate that Hope is writing her report.

The other is a typical flowery hand written ink style for the Captain of several slave ships  who also transported white Scottish and Irish people to the plantations so that’s why it is in 17th century style text.