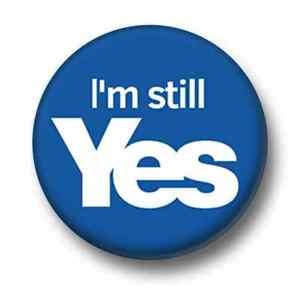 The Alex Salmond case was entirely unprecedented. For sure there have been major Scottish criminal trials from Oscar Slater through Lockerbie to numerous recent ones. But despite the notoriety of many and the horror of their crimes, none had the profile of Alex Salmond. But not since Charles Stewart Parnell, in the late nineteenth century, had there been the chance to bring down a major figure in an independence movement and no doubt with it to damage the cause. Moreover, although there had been many high-profile sexual cases especially in England, and a few in Scotland, this was the first post-Harvey Weinstein one.

That was a new and added dimension but one that would be lapped up avidly by a Scottish press corps seeking to enjoy their own revelations, as well as by a British one equally reveling in it, as a movement they feared devoured itself. It was, therefore, the trial of the century and, oh, how some loved it.

It’s hard to see it being repeated as the circumstances are never likely to re-occur, and certainly not in my lifetime. But there can be reflections on it and how it was handled by the media, by the legal system and within Scottish politics. But lessons need learned and the fall-out from it is going to reverberate for some time within the SNP and – as a result – in both the independence movement and Scottish politics as a whole.

Of course, the Salmond case had been a dripping roast for the Scottish media for some time. The leaking to the press from Government sources long before even a civil case commenced had already titillated their fancy. It was a slow burn but still there was enough fact and conjecture to provide endless copy. It must have been a major disappointment for them when Lord Pentland, a former Tory law officer in his earlier years, brought proceedings to a conclusion in January last year.

Then not only was the case abandoned by the Scottish Government, but it’s believed to have been only when their lawyers threatened to withdraw from acting. Their administrative actions that were under judicial review were described by Lord Pentland as ‘unlawful in respect that that they were procedurally unfair’ and ‘tainted with apparent bias’. Given both judicial impartiality and the use of legalese, that’s as damning as it comes.

For many though some good copy came from that, as well as asides with the far from recalcitrant Permanent Secretary. It must have been a disappointment for some though as to what might have been. But that potential bean feast was soon to re-appear. What more could be expected when even the Permanent Secretary was viewing it as a battle lost but part of a wider war that they were intent on not just continuing but winning. So much for an impartial civil service upholding its duty to the wider state and its citizens. With the public pursue down by a handsome sum of £500,000, they decided to gamble some tax payers’ money.

And so, the criminal case appeared providing a bounty never before been seen by the Scottish media. As ever in the Alex Salmond saga, an early heads up seemed given to favoured sources. Or, perhaps, more appropriately those with a special relationship with key figures in the administration, as their ‘fingerprints’ were all over it. These weren’t simply administrative slips and certainly not done – as with Clive Ponting during the Falklands War – for the public interest.

As WhatsApp revelations showed, these were part of the continuation of an orchestrated campaign by senior government and party representatives. And so, it came to be that it morphed from a civil case into a criminal trial. Once again, preceded by a splash in a favoured source, Alex Salmond appeared in court with TV crews clambering for footage.

The media was in its element and it was if all its Xmases had come at once. Far from just regular coverage, there would be minute by minute tweets and the documentary crews were readied. Many programmes were prepared, some stations even having more than one on the go, and all were set to roll. Interviews about the man himself were wanted in the can for the very minute the verdict was delivered. Histories of the man and his downfall, together with that of the cause he embodied were set to roll once the assumed verdict of guilty was delivered.

Some newspapers seemed almost to move from coverage of events to almost participation in a prosecution. How some reporting wasn’t held as being in contempt of court beats me. I’ve seen lawyers brought before Sheriffs for lesser slights than the coverage that seem to compare a man awaiting trial to serious offenders far and wide. A rogue’s gallery even appeared in one with Alex Salmond centre piece. That really was quite disgraceful and as clear a case of contempt as I’ve ever seen.

Strangely enough when the acquittal verdict was delivered by the jury, the cameras rolled on Alex Salmond as he left the court, but the documentaries have still to be shown. Presumably despite being in the can and ready to roll, the ending didn’t find favour with the powers despite the resource expended. That must have been hugely disappointing for some.

But, what of the prosecution itself? It seems that much of it was offered up to Police Scotland on a platter by senior government and SNP sources; a prelude for the head they ultimately wanted to see placed upon it. Not only did they offer the civil case that had failed and been described as illegal, unfair and tainted with bias, they proceeded to seek more. The infamous WhatsApp group was formed as senior government and SNP sources sought offer up, if not conjure up, even more evidence.

Despite all these super sleuths assisting a police investigation before and during it, that seemed never seemed questioned by Police. They seemed to treat it as the Gospel truth rather than evidence that required to be investigated given its source. Nor did they put any constraints upon the resources expended. Despite occurring at a time when that organisation was pleading potential financial ruin, reducing officers and complaining of insufficient resource to do the day job, an enquiry of gargantuan proportions was unleashed. 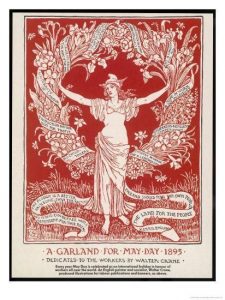 The country was scoured from top to bottom, hundreds were interviewed. Many, if not most, thoroughly bemused as either contact with Alex Salmond had been minimal or they had no complaints whatsoever. Not just the civil complaints or even his tenure but his entire adult life of over 40 years seemed trawled over. No stone was to be left unturned or so it seemed. But on they pressed almost in tandem with senior police protests about funding and staffing, but who cares they had a job to do.

As a defence agent of 20 years standing and a former Justice Secretary in the Scottish Government, I’ve known major police enquiries but never of such magnitude other than for the most heinous of crimes and dangerous of offenders. Despite all that, what they turned up was pretty flimsy, indeed, and so it was ultimately seen by the jury. Ironically, information that came to their attention of transgressions by others seems to have simply been left or ignored. Sauce for the goose but not the gander. I also had chats along the way with very senior police sources who told me how poor they thought the case was. Yet despite that and in all those circumstances, on Police Scotland plodded still.

The case that was delivered to the Crown was much as ultimately played out in court. In my experience, most of those charges would have been ‘No Pro’d’ as the saying goes or ‘red penned’ in other professions. Many legal sources will confirm that had it been anyone else who had been charged then these accusations wouldn’t have seen the light of day.

Some charges were utter bunkum and the likes of which I’ve never seen in 40 years involvement in the courts; and certainly not in the High Court. But they were but needed to provide some ballast to substantiate a case. There’s an irony in that a prosecution would have been easier with the removal of the routine requirement for corroboration in Scottish trials (as was mooted in the early 2010s in following the Cadder case of 2009). Without that, the charges would have been able to be looked at with wider circumstances and actions taken into account.

As it was, its requirement meant that the ‘Moorov’ doctrine of similar crimes providing corroboration was needed. Hence even flimsy and even absurd allegations required to be used. That may well have helped sway the jury but the failure to remove corroboration as resolved by Lord Bonomy has come back to haunt some behind that move.

With coronavirus overshadowing everything, both the verdict and the aftermath have been relegated far down the media headlines. That said, even the actions of some institutions seem to disparage the jury’s decision and portray the complainants as the ongoing victims. As some copy decried plans to abandon jury trials during the ongoing crisis, other copy seemed to almost deny the outcome. Supporting witnesses is essential but the Scottish Governments comments before and after about the case again seemed highly prejudicial and deliberately so.

Likewise, the actions of Crown and Police seemed to offer assistance to one side only rather than acting in the public interest for all. Replicating actions during the investigation, the pressure on resource of the current crisis seem to have little effect on limiting resource on pursuing bloggers or monitoring twitter since. Greater effort almost seems expended on this than that I’ve seen for those routinely giving evidence and living in a housing scheme with potential recriminations.

The poison that had flowed before and even during the trial has continued unabated. Amongst their victims was Gordon Jackson QC whose real ‘crime’ seems to have been to have represented Salmond. Moreover, the manner in which he was brought down seems more than accidental and yet was matched by a few other incidents during the case. It certainly seems that as well as the poison and prejudice of a few, there were other ‘dark forces’ operating.

So, where does that leave us? Time will tell. But a few documentaries will roll albeit hastily rewriting not just the ending but some of the script. The (Scottish) Parliamentary Inquiry will be illuminating and much more will come to light. Whether through committee investigations or other sources, those in Government and other agencies seeking to stem information flow have as much chance of success as King Canute. What started as an investigation into the abuse of power by one man’s has moved on. Now it encompasses actions by other powerful figures and organisations with their use and, perhaps, abuse of power. Rightly so, but thankfully we’ll never see its likes again.

Whither the Scottish left?