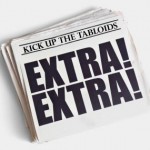 ‘This is our Clause 4 moment’. These are the words Jim Murphy uttered as he took over as leader of Scottish Labour. It’s always a good way to get voters on-side, by evoking memories of the exact point in history when your party gave up on its founding principles.

But what has been the effect on those voters? Has there been a ‘Murphy bounce’ since Jim took office? Yes, there has. According to a recent opinion poll, two percent of more voters are now less likely to vote Labour.

I found it surprising to discover that Jim Murphy is a fanatical Celtic fan – especially as he strikes me as being the ‘Ally McCoist’ of Scottish politics: put in charge of a once-great Scottish institution, for decades the most powerful in the land but now on the skids because of years of successive mis-management, a lame-duck leader who inspires confidence in no-one.

Indeed, it’s hard to say whose prospects for 2015 look bleaker: Labour or Rangers. Next May could be a painful time for both of them.

McCoist is now, to quote the Rangers board ‘on gardening leave’. How many businesses as cash-strapped as Rangers can afford to pay someone £ 800,000 a year to do his own gardening? How big is his garden for God’s sake? Backroom staffs on the minimum wage are made redundant, yet one employee is paid £274 an hour (or roughly forty times the living wage) to do a bit of gardening.

‘We don’t do walking away. We do gardening’ is doubtless Ally McCoist’s new catchphrase, as we head into 2015. And, as we do so, here are some of the more memorable quotes of 2014. Prizes for those who can guess all of them correctly!

‘The frustration is that we won’. That was Alastair Darling reflecting on how victory for ‘no’ in the referendum had led to Labour’s slide in popularity. Although, having seen his performance throughout the referendum campaign, it could have been that he had been trying his best to lose all along.

‘London runs Scotland like a branch office’. This was Johann Lamont complaining about being told what to do by London. If you don’t like being ordered about by London, a simple solution would have been to vote ‘yes’!

‘There is within our friends in the Scottish Nationalist Party a suggestion that Londoners were culturally, politically and economically divorced from the rest of the country.’ That was Boris Johnston at the Tory party conference.

We don’t think that about all Londoners, Boris. Just the nasty, right-wing careerists who pretend to be loveable buffoons. Look out of the window, Boris, and you’ll see plenty of people in London, who are culturally, economically and politically divorced from the London you inhabit.

However, my favourite quote of 2014 has to be this from George Osborne, when he chose to paraphrase the opening lines from Trainspotting: ‘Choose jobs, choose security, choose prosperity, choose investment, choose fairness, choose freedom, choose David Cameron, choose The Conservatives, choose the future’.

It isn’t this quote itself which I find amusing, but Irvine Welsh’s reaction to its use by Osborne at the Tory conference. When asked what he thought of his work being paraphrased, he was short and to the point: ‘I’d rather leave Fred and Rose West in charge of my childcare than be plagiarised by that cunt’.

I can’t really follow that! Happy New Year to you one and all!

Vladimir McTavish will be hosting a new political comedy show at The Stand Comedy Club, Edinburgh on Wednesday 21 January 2015. Further details on www.thestand.co.uk