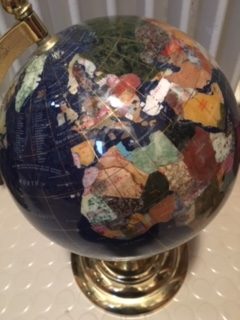 In 1993 socialist historians Dorothy and E. P. Thompson were interviewed for a television programme. Summing up their lives in politics, Dorothy expressed regret that they had underestimated the extent to which people are willing to fight for their racial, ethnic, cultural and religious interests rather than their economic ones. I suggest that this is a failing they share with many socialists (including myself).

Reading the valuable commentaries by Henry Maitles and Vince Mills (issue 107) concerning supposed anti-Semitism within Labour, I was reminded of that interview. I suggest that the current issue of Labour and anti-semitism should be looked at in a broader context. Dorothy Thompson used four words to refer to the problem, but I suggest that one is sufficient, ethnic. When socialists condemn ‘racism’, they are giving too much to the people they are criticising. There are no human ‘races’. People differ culturally and tend to be attached to the culture in which they grew up. This applies to language, religion and much else. The term for this is ‘ethnocentrism’. Such attachment is not a problem in itself. It is hardly a big deal if a Scotsman is more comfortable hearing a Glasgow accent than a Birmingham one. It becomes a problem when love of the familiar is combined with hostility to the stranger or the outsider. ‘Ethnocentric hostility’ would be a better term than ‘racism’. I write this as a former secretary of the Glasgow Committee Against Racism. Scotland has had a problem usually labelled ‘sectarianism’. I suggest it is best seen as a particular form of hostile ethnocentricism.

Labour in Scotland long suffered in the past from the fact that many working class Protestants saw voting for Tory/Unionist candidates as a defence against Catholicism. It is regrettable that Labour has not had a long-standing clear position on ethnicity. This would have included a clear acceptance of people’s rights to attachment to their particular culture and a clear statement of opposition to hostility towards particular cultural groups. Had such a policy been explicit there would have been no need for the ‘Working Definition of Antisemitism’ Labour has recently been pressurised into adopting. Why would there be a supposed need to come out against hostility to Jews, when there was already an explicit position which applied across the board? Note too that adopting a position on Jews seems anomalous when this has not been done for other groups, such as Muslims, Roma, Gypsies or Travellers, for example.

The ‘Working Definition’ itself is deeply flawed, as Henry Maitles argued. However, there is a more profound criticism of it than he mentions. Anti-semitism is defined as ‘a perception of Jews’ which may be ‘expressed’ in ‘rhetorical and physical manifestations’. Referring to ‘a’ perception rather than perceptions plural or, as would be preferable, words and actions, encourages the idea that anti-Semitism is a ‘thing’ rather than a set of things. Shouldn’t we distinguish between, for example, saying there are too many Jews in Parliament and putting Jewish people in gas ovens? Account should also be taken of the context in which things are said. Words spoken in the heat of argument might be called ‘anti-Semitic’, or as I would prefer ‘show ethnic hostility towards Jews’, but that does not justify labelling the speaker ‘an anti-Semite’. The words may be condemned, but they should not be casually equated to conducting a pogrom. Margaret Hodge’s recent outburst against Corbyn shows that tempers can be lost on both sides of the ‘debate’. It does not make Margaret Hodge an ‘anti-socialist’.

Labour could benefit from a clear policy statement on ethnicity. Attachment to one’s own ethnic roots is not incompatible with socialism but to be hostile to other ethnic groups in any form is. This is not only because it is morally objectionable but because historically it has been a barrier to achieving goals of social justice. Capitalist exploiters have been harder for people to identify than neighbours with a different religion or skin colour. Nineteenth century German socialists called anti-semitism ‘the socialism of fools’, meaning anti-semites saw evils in society but mistook the causes of those evils. International socialist solidarity collapsed at the outset of the First World War. Examples which enforce Dorothy Thompson’s observation are legion.

If Labour had a clear position on ethnicity and racism what relevance would this have to ‘anti-semitism’? One by-product is that it might encourage socialists who criticise Israeli policies to make more explicit that their objections are against policies which are racist. It also might encourage supporters of Israel to look more critically at that country’s policies towards the Arab ethnic minority within its borders.

Maitles is surely right to expect that Labour’s acceptance of the flawed Working Definition will not mean the end of attacks on Labour on this issue. The party’s position would be stronger if, instead of simply reacting to accusations, it took a proactive stance by clarifying its position on ethnicity and ethnocentric hostility across the board.