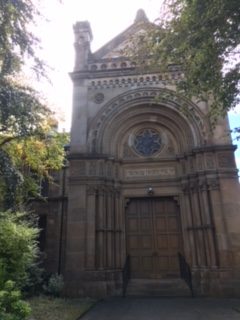 Henry Maitles outlines the dangers of anti-semitism being conflated with anti-Zionism.

Anti-semitism, like all racism, is reactionary and can permeate all sections of society. Rooting it out is essential no matter where. Not only is it morally unacceptable, but it makes it harder to develop unity and radical alternatives if these ideas take hold. But we also need to condemn those conflating Zionist and Jew, or using Zionist when they mean Jewish. We need to understand that the majority of Jews who express support for Israel do so in the context of the Holocaust and the immigration controls of the West after the war. Recently, there has been an unrelenting attack on Corbyn, Labour and the radical left as being anti-semitic. As I write, the Jewish Telegraph has devoted 7 full pages of its 17 pages of news to this, including statements that the election of a Labour Government would be an ‘existential threat’ to British Jews.

These attacks on the left are part of a wider political agenda. The accusers seem to have some shared aims. Some see it as a part of a general foulness of left politics and, thus, seek to undermine the left in general. And, there is an agenda to discredit those of us on the left who make legitimate criticisms of Israeli policy or Zionism as a political ideology by arguing that such critique anti-semitic.

The accusation that the left is anti-semitic is given legitimacy by the International Holocaust Remembrance Alliance (IHRA) statement, now adopted in principle by governments all over the world, including Scotland. It gives 11 contemporary examples of anti-semitism in society. Most are relatively uncontentious, but one – ‘Denying the Jewish people their right to self-determination, e.g., by claiming that the existence of a State of Israel is a racist endeavour’ – is highly problematic.

For many years the left (Jewish and non-Jewish) has argued that Zionism has been a disaster for the Jewish and non-Jewish peoples in Palestine/Israel and the solution to the problems is a democratic secular Palestine. However, we are now told that both these contentions are race hate. This is profoundly dangerous and needs to be contested for five reasons.

First, it denies 130 years of Jewish history and debate over the merits of Zionism as a solution to anti-semitism. Second, it legitimizes the ethnic cleansing of Palestinian Arabs from their homes in 1948, which has been highlighted by internationally respected Israeli historians with access to the files, such as Ilan Pappe. Third, it denies those Palestinians whose families have been in camps for 70 years now any right of return or justice. Fourth, the alternative to a democratic state – the two state solution – has been made problematic if not impossible by Israel’s illegal actions through its settlement programme. There are now some 500,000 settlers, many armed and with military training, in the West Bank and East Jerusalem. To claim those that argue for a potential democratic solution are anti-semites and hate criminals will ensure that real hate continues in the Middle East. The cycle of intifada being met by the snipers and the overwhelming fire power of the Israeli Defence Force will continue. The breaking of the deadlock will require justice for the Palestinian refugees, the espousal of which is now deemed to be race hate. Fifth, the July 2018 Israeli race laws outlining restrictions on the rights of Israeli Arabs have been roundly condemned inside Israel. But to argue that these are racist, falls foul of the IHRA definition. Finally, and dangerously, it allows racist alt-right governments and movements to argue that they are the friends of Jews and the left is anti-semitic.

The IHRA definition has led to temporary suspensions of respected Jewish socialists within Labour for expressing either anti-Zionist and/or anti-Israel positions. The IHRA definition is, thus, being used to silence or at least frighten the left. It has had the immediate effect of muting responses to ongoing killings in Gaza, as people are afraid of being accused of anti-semitism. This is exactly what the attacks on the left are designed to do.

So, what is the way forward? Firstly, we need to support struggles in the Arab world. Not only because those events of the Arab Spring of 2010-2013 showed the possibilities of challenging and defeating the dictatorships and developing fairer, more just, democratic societies but because they all raised support for the Palestinians. Secondly, we need more demonstrations and rallies, involving Palestinian activists, Jews who oppose the violations of Palestinian human rights, and unions and political parties in support of Palestinian defiance and against Israeli oppression. Thirdly, Boycott, Disinvestment and Sanctions (BDS) – despite the fact that Zionists make the case for this to be race hate – is crucial. BDS has the potential (as did the campaigns in South Africa) to isolate the regime. But it is not just individual boycott of goods but rather a call to stop sending weapons used to kill Palestinians to the Israeli government and to stop our pension and other funds being invested in industries which benefit Israel. Fourthly, the defence of the left against calls of anti-semitism is central, as the attack on the left is to deter people from supporting Palestinian defiance of Israel, the call for a democratic state in the region and BDS. If the hard line pro-Israelis win the argument that BDS is anti-semitic, union support will become very much harder and BDS is not viable without union support.

Corbyn, Labour, the left and unions have to stand up for the right to criticize Israel as racist and Zionism as reactionary. The adoption of the IHRA in entirety will not stop the attacks on Corbyn; rather it will fuel it, as suddenly there will be many more ‘anti-semitic’ Labour activists to be picked on. Corbyn will be called upon by all sides to condemn and discipline critics of Israel.

Henry Maitles is a professor of education at the University of the West of Scotland and a member of Scottish Jews for a Just Peace.

Scottish Labour must take its head out of the sand