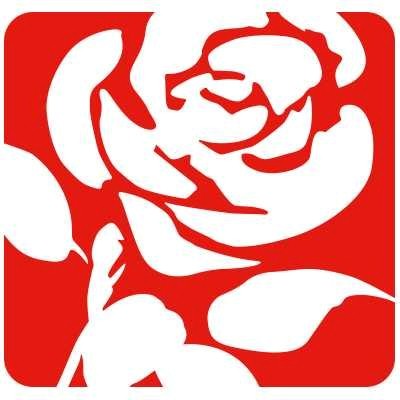 Tommy Kane analyses changes inside Labour and calls for the left to stay, fight and win.

When Keir Starmer won the Labour leadership, he did it on the back of a series of promises. Competence, he said, and unity. I will, he said, carry on where Jeremy Corbyn left off. He flashed his ten pledges and a track record in the class struggle in a tear-jerking campaign video in which he stood alongside dockers, miners, printers, and green campaigners. For the left then, there was some comfort. Labour was to be ‘Under New Management’ but there would still be a place for all in the broad church and the policy legacy from the 2017 and 2019 general elections would be retained.

The events of the past eight months suggest hollow promises were made. Mass suspensions, questionable pay-outs, sackings, policies backtracked on and regressive and reactionary parliamentary positions, for example, on the Covert Intelligence Bill [aka SpyCops Bill]. There is more than a lingering suspicion that this type of stuff wouldn’t have quite made the cut for the campaign film.

The progressive, inclusive perception looks as if it was designed to attract and placate the left before reneging quickly and aggressively when electoral objectives were met. Suspensions, silencing of debate in branches and threats of expulsions make an appealing calling card to leave in the hands of his new target market on the road to ‘acceptability’- high-end donors, the Murdoch press, and the City of London.

There were clues. In April 2020, George Osborne welcomed Starmer, saying: ’After a 5 year absence, Britain has an opposition again.’ Osborne’s issue with Corbyn was always the threat he posed to economic orthodoxy, his appetite for challenging vested interests, and desire to move the party, the government and the country away from the narrow limits of parliamentarism. In Starmer, Osborne recognised someone he could do business with. Labour was now less the right kind of Opposition and more the right’s kind of opposition because the right was being reassured that if Labour won the basic tenets will remain: that corporate boats won’t be rocked and socialism won’t replace capitalism.

In the time of the pandemic, some kind of alternative vision would offer comfort to the left. But under the new management, there has been little or none. Scotland is a perfect example. In the face of polls suggesting a majority in favour of independence and an outright majority for pro-referendum parties in May 2021, Starmer in late December 2020 finally got round to talking about his leadership campaign pledge to: ‘[p]ush power, wealth and opportunity away from Whitehall. A federal system to devolve powers – including through regional investment banks and control over regional industrial strategy. Abolish the House of Lords – replace it with an elected chamber of regions and nations’.

Understanding the need for change was positive. But there was nothing on federalism, regional investment banks or industrial strategy. What he did say feels like too little too late. More detail is urgently needed, otherwise it could be seen as a defensive holding position as opposed to a genuine belief in the need to redistribute power and wealth. But, how does redistributing wealth tie in with the repeated line that now is not the time to raise taxes and the refusal to countenance a wealth tax? What constitutes the so-called broken status quo? Is it the economic as well as the political status quo? Is the planned end game federalism or just more powers for Scotland? How and why will any of it lead to ending child poverty, creating good and secure jobs, and the level of investment needed to create a green industrial revolution that the Scottish Parliament, not the financial sector, is in control off?

Labour also has to fix its opposition on another referendum and how it speaks to the people it’s trying to win back. Doubling down, as Starmer did, on unionist language, antagonising voters your trying to win back, by describing them as separatists is, to say the least, unhelpful. As is the Labour leadership’s fixation on blocking indyref2, which plays into the hands of the SNP. Scotland’s right to determine its own future should be recognised. Then he could get on with interrogating the substance of independence and why it is a simplistic, flawed and economically damaging response to the broken status quo.

More big signposts are needed elsewhere. Post-Covid and post-Brexit, what is the Labour plan? As a slogan, ‘I’m not Jeremy Corbyn’ is not going to fly. People are desperate for a vision that reassures, protects and offers hope in these dark times. This means a wide-ranging, inclusive set of ideas that can be offered as Labour attempts to reach out. At the moment, the predominate direction of travel is still inward, as Starmer and Labour’s General Secretary double-down on the factional war they had vowed to end.

Instead, at Starmer’s behest Labour is having another argument with itself about its political approach. Is Labour here to challenge political and economic orthodoxies or to conform? Should Labour embrace triangulation and the accompanying need to dilute principles and values? Should Labour mean what it says and say what it means? Should racist callers to phone-in shows be challenged or should Labour stay quiet and just be pleased with the airtime?

Polling shows members think the policy programme set out in 2017 and 2019 should be retained. They want the party to tackle injustice and push the limits of political parameters, go beyond what is acceptable to the Square Mile and offer a genuinely new alternative. Despite this, is not part of the Starmer strategy.

Provoking the membership in this context looks deliberate. Suspending Corbyn and continuing to withhold the whip even after his membership was given back was obviously going to lead to members leaving or reacting in a way that would be used as a justification to suspend.

It’s a strategy that has seen Labour lose tens of thousands of members. The suspicion is that this is not unwelcome at party HQ and amongst many in the Parliamentary Labour Party because they don’t feel comfortable with a mass movement or too many socialists as they fear for their loss of control in a living, breathing wider movement. They would rather see the membership shackled, broken in internal elections, far away from policy, and under the hold of a centralised operation that controls selections and assigns constituency parties with a list of suitable topics for debate.

That level of control requires a smaller membership and every single provocation should be seen in that light. That’s why the left must act wisely in the face of this provocation and do the opposite of its intended outcome – stay in the party.

There is no doubt the calculators will have been out at HQ. The small donations garnered from a committed membership can be replaced by big donors. With a little boardroom courting and a ticket to the VIP section now known as the ‘Leader’s Circle’ (which for £5,000 buys a pre-conference speech brunch and a direct line to the office of the Leader of the Opposition), captains of finance and industry will leap on board. At the same time, just enough must be done to keep the Unions on side. These are careful calculations, and an intricate balancing act. The very definition of triangulation.

The longer-term concern is there are many who would like to sever the historic link from the wider movement. There is a sense traditional campaigning will change with less members needed. Facebook over door knocking. Docility rather than political principle will be the characteristics required of the lay membership in an increasingly centralised and de-democratised party – in direct contrast to Corbyn’s democracy review and his aim to re-democratise Labour.

None of this is new. Debates over Labour’s direction repeat themselves over time. Socialists and social democrats perennially debate what direction Labour should take. This time, however, we are at a unique juncture. Old debates and framing will not do. Never have we faced an impending climate catastrophe, a global pandemic, the worst recession in more than 300 years, Brexit and the break-up of Britain, and all at the same time.

The pandemic has exposed the structural inequalities at the heart of our political and economic system. Pre-covid health inequalities and life expectancy differentials were a national shame. The pandemic has again made clear that it’s the poorest who suffer ill health the most. People are starving. If not for a footballer and UNICEF, more would be going hungry. This cannot continue. Britain needs a Labour Party worthy of the name. Now is the time for the Labour leadership to be in tune with, and translate, the shift in public mood seen earlier this year into tangible changes. As the clapping fades, Labour must get on with presenting a vision that rewards our workers with proper pay and conditions.

There is still time to start focusing attention outside Labour and away from internal non-sense. Keir Starmer and Anneliese Dodds must surely understand the new public mood and that of the membership. Given the exceptional circumstances, retaining the 2017 and 2019 policy agenda is vital. It actually needs to be built on even more radically than how Corbyn and McDonnell presented it.

There is a pressing need for a vision of a reconstructed and democratised economy where the value of people and their place in society are properly and fairly aligned. Post-virus public and common ownership and taking austerity off the table for good are desperately needed. As is developing a green, industrial strategy that is not left to the vagaries of the free market. Previously outlined by Rebecca Long-Bailey, this thankfully is also accepted by Ed Miliband. Labour must also deliver on the growing public appetite for a wealth tax.

In Scotland, Starmer can stand beside Richard Leonard and outline a shared vision for a Britain that redistributes power from Westminster and wealth from the City of London. He can appeal to those who have left Labour and those who may or may not believe in independence but do believe in the Scottish peoples’ right to choose their own constitutional future and just want a fairer, better society. He can map out Labour’s vision for change and make the case that there should be a third option on any future referendum that is progressive, forward thinking and serves democracy.

Starmer can heal Labour and still become the leader who promised unity, not division. He can begin by rescinding his unilateral decision to suspend the whip from Corbyn. The coming weeks and months ahead are crucial. If, however, his leadership continues on his current path then many socialists in question whether they should stay.

Stay. Organise. Agitate. Educate. Labour is flawed and it always has been. But it remains the best vehicle for progressive change. Talk of setting up another party is fanciful. Its formation would take up too much of the one commodity that is ebbing away: time. The left has strength if it chooses to harness it. It has to do so. After all, it’s not just a fight for the soul of Labour – it is also the fight for our people and the planet.

Tommy Kane is a Labour Party member and sits on the Scottish Left Review editorial committee.