We were told that the Trade Union Act 2016 would mean the end of any national UK-wide industrial action. Our crucial lesson from 2018 is that when unions work systematically to get a vote out, when we are organised and put in the ground work, and when the employers are out of touch with their workers, we can win through and beat the Trade Union Act. That’s what UCU did in January 2018, as the first union to win a UK-wide ballot to mandate national action since the Act came into force. We learned the issue at hand needs to be strongly, deeply and widely felt. When the unilateral change the employers were imposing ended guaranteed pensions, decimated the pension scheme, and left the average lecturer ten thousand pounds a year worse of in retirement, we can see why UCU members felt so strongly they voted to strike.

This pension grievance was not just felt by ordinary lecturers – senior managers like university Deans and heads of schools – did not want to see their pensions slashed any more than our members on hourly paid contracts. We even had the spectacle of the principal of Glasgow University, Professor Sir Anton Muscatelli, addressing picket lines through UCU’s megaphone.

This was a unifying battle, and UCU learnt that we had to use the right terms too: this was a dispute affecting librarians, IT staff, administrators, student advisers, and lab managers – not just lecturers. That this issue was felt by so many across the university sector was vital to getting the vote out, in sustaining the industrial action, and when influencing the employers to change course.

It’s fair to say that the planned 14 days of industrial action was ambitious when it was agreed by UCU’s Higher Education Committee in January 2018. However, in the following two months we demonstrated that picket lines on an issue that matters can build solidarity and gain momentum – and beat the ‘Beast from the East’ too from Oban to St Andrews; and from Dumfries to Stromness. And when so much was at stake – our pensions being gambled away for good – members were prepared to be out for the long haul. 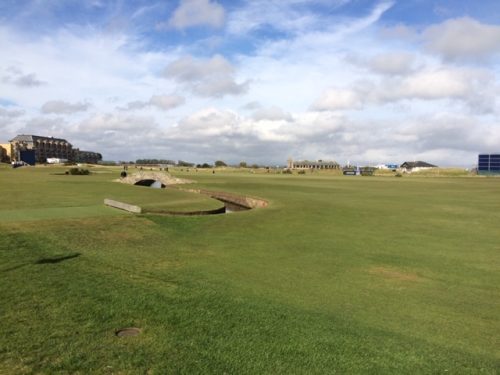 The next lesson is that unions must have the support of the people that matter. For UCU, that is the students. The National Union of Students and local students associations were fully behind our picket lines, knowing that our working conditions are their learning conditions. Employers were unable to turn students against us. It also helped to have the support from across the union movement, support that was as heartening as it was practical. Solidarity messages and hot drinks and donations to our hardship funds: actions which are not new but which made a massive difference to our campaign.

Social media played its part too, and the sharing of picket line snaps united Aberdeen with Aberystwyth. Some pointed tweets quickly told the employers what members thought of an early offer. Online platforms also reminded us of the need for care, respect and understanding of others, particularly our comrades and colleagues. There is always a danger that the immediacy and anonymous nature of social media means things can escalate unintentionally. All unions will know the advantages of using social media to mobilise and highlight issues, but it is worth being aware of the pitfalls too.

As our dispute progressed, we also needed negotiators and experts to challenge the employers on the detail of the pension scheme and the disputed valuation: we needed effective leaders to argue the union’s case. Cool heads and engaged minds complemented the direct action of the strike days. Pensions are complex at the best of times, but last year we were faced with a disputed pension scheme valuation, the scheme board and trustees, stubborn employers, as well as the Pensions Regulator who needed to be satisfied with the scheme operations. Negotiating a path through this minefield to save guaranteed pensions, and avoid pension benefits being left to the whim of the market, was no small feat.

It was important to get politicians on board, and substantial work was done both in Holyrood and Westminster to get support for our cause. Influencing employers and getting them on side was crucial too in order to persuade the Pensions Regulator that an alternative to the dubious valuation was really possible. Our negotiators achieved all of this, with some help from ACAS conciliators, as well as with the help of a resounding mandate from our members who voted overwhelmingly for a Joint Expert Panel (JEP) to look again at the 2017 valuation. This resulted in the employers formally withdrawing their proposal to change the scheme, and a chance for a fresh approach. For many of our members this was a leap of faith, but it arguably paid off when the JEP reported in September and vindicated UCU’s position on the discredited 2017 valuation. UCU is now campaigning for full implementation of the JEP report, and it is heartening to see that the employers’ own consultation confirmed that the majority of them support it too.

So while we’re not yet at the end of this saga, we are in a much better place in February 2019 than we were last year. As a union we’ve grown in membership, we’ve demonstrated the active mass participation of our members can make a real difference. In the dispute, we demonstrated the importance of inclusion, unity and determination.

Mary Senior is the Scotland Official for the University and College Union.