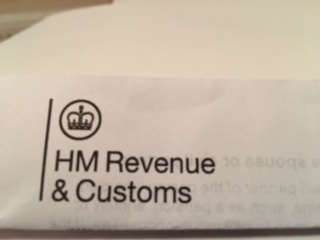 Whether by design or default, Lynn Henderson calls for redistribution of the digital dividends

Automation, digitalisation and data are the labour movement’s latest buzzwords, and mostly they express a mood of techno-anxiety more than techno-optimism. Perhaps, it’s no surprise to hear workers worrying about their jobs, particularly with forecasts of mass, tech-driven redundancies reported in the media. Indeed, outside observers could be forgiven for thinking we are all arming ourselves with mallets, ready to smash the coming robotic workforce.

However, reality is less clear cut. Throughout union history, we have recognised that technological progress is ambivalent, capable of imposing new forms of poverty and alienation but also of freeing workers from long hours, low pay and repetitive or dangerous work. Often, we are presented with simplistic identity alternatives: are you a ‘smart thinker’ or a Luddite? But that’s entirely the wrong framing. The real question is: who sets the agenda for automation? Is it capital or labour? Does growing productivity benefit the rich, or can we use those gains to maximise our freedom and autonomy, in the workplace and outside of work?

To get the most for workers, we need to clearly understand how automation is transforming work. In most unions, including my own, the battle isn’t against some WorkBot4000 from a hammy science fiction film. Reality is more humdrum, though no less dangerous: digitalisation programmes for government, data-driven monitoring of staff and digital public service delivery.

A good example is the Tory plan for civil service reform, which imagines a future of ‘digital by default’ services. Here is a classic case of automation imposed from above. Rather than using tech to free us up for better jobs, the aim is to drastically shrink the public sector and make life more precarious, both for workers and for people who use services. These programmes have been imposed in a hurry, as a kind of ‘shock doctrine’, to pre-emptively set the digital agenda in line with Conservative ideology. Thus we have seen, in no particular order, HMRC’s decision to shut 90 percent of its offices; job centre closures; and Universal Credit, the rushed, disastrous flagship for digital services.

So even where automation does not replace jobs, in the civil service, it is already changing jobs significantly. Whether a worker produces a public good, like healthcare or social security, or physical goods, like car parts, automation is likely to change the way they work. These developments put jobs at risk, but could bring opportunities too. Unions cannot afford to be simply passive or defensive in these circumstances, or we risk repeating the mistakes we made during the 1980s and 1990s.

How can we begin to set our own agenda? Responding to climate change, the Scottish Government has established a Just Transition commission, which the STUC hopes will ensure that energy workers and their communities are not ripped apart by changing needs and demands in the market. The tragic social fate of former coal mining communities shows precisely why we need this programme.

So why can’t there be a just transition for public sector workers too? HMRC’s office closures threaten the local economy in Cumbernauld. The tax office is the biggest employer in East Kilbride. Hundreds of jobs in Dundee are at risk. The change from people-driven public services to an automated or digitalised public industry could threaten to decimate whole areas of Scotland for generations, just as the closure of mines, steel mills and engineering plants did before.

If we had a Just Transition for Public Services, then unions could fight for state intervention to fund reskilling and redeployment. Together with intervention to create green jobs, this could shield against rising unemployment. It could even be led by union learning reps, helping to build up union power as we go.

Public services, even where digital, need human input from workers. That’s why the Tory civil service agenda is deeply dubious. ‘Digital by default’ was dreamt up by officials who’ve never set foot in a tax office or a job centre. An honest effort to increase efficiency would be co-created with workers and their representatives, the people who know reality on the ground; a botched austerity measure like Universal Credit, well, it wasn’t, and just look at it.

Worker participation is not wishful thinking. Airbus workers in Germany now have a say in the use of new production techniques, meaning jobs are protected. Our low rates of workforce participation in Britain must change if we’re to do the same. If we don’t, the risks are huge. Economic transformation without workers’ influence fuels votes for far-right parties. The ‘foreigner’ coming to replace jobs is now a robot or an algorithm, playing on the fears of vulnerable workers and their families.

So, let’s plan. We need to demand massive investment in reskilling for those whose livelihoods may be at risk. Let’s get organised to fight for our fair share of the benefits of increased productivity. The alternative to investment in a Just Transition for the public sector workforce is hugely expensive social decay and democratic failure, easy breeding grounds for fascist attitudes.

We often talk about learning from our history as a movement. Now is no different. If we don’t seize the opportunities around new technology now, then certain employers will, and they will use it to bludgeon the unions. Our ‘fourth industrial revolution’ will then be a repeat of the ‘third’, the IT revolution which facilitated globalisation.

Lessons from the historic Wapping dispute should teach us that a brave new world is coming, but we must be ready to fight for its benefits. New technologies have the potential to liberate working people from drudgery and unfulfilling work and to make our jobs skilled and satisfying. But where these technologies lead to new wealth, any kind of liveable future depends on who owns and controls it.

Lynn Henderson is STUC president, 2018-2019. She is also a PCS national officer for Scotland and Ireland.