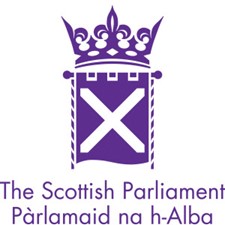 Malcolm Harvey assesses the likely outcome that we shall wake up to on 7 May 2021.

Elections happen frequently in democracies; in multi-level polities, even more frequently. Years without elections seem unusual – and even when they occur, as in 2020, regular polling keeps the idea in our heads that an election is just around the corner. And, so it is the case: the sixth elections to the Scottish Parliament are scheduled for 6 May. In these pandemic-induced uncertain times, even that might not proceed as intended.

Every election lays claim to being ‘the most important election in your lifetime’ but once again it is not just the direction of public policy that is on the ballot paper this year, but the future of Scotland itself.

The Scottish National Party (SNP) has governed at Holyrood, either as a minority or a majority, since 2007, and according to polling, that seems likely to continue into a fourth term in office. Such longevity in government is remarkable – we have to go back to the Thatcher/Major Conservative governments of 1979-1997 for the last time a UK government succeeded in winning four successive terms of office. Which is not, one would imagine, a comparison that the SNP would particularly appreciate.

But, unlike the Conservatives prior to 1992, the last in that run of election victories, the SNP remains popular in government. It is consistently polling not just ahead of other parties also has the preference of a majority of voters. Simultaneously, at the time of writing, twenty-one consecutive polls have indicated that independence is the constitutional preference of a majority of the Scottish electorate. These two poll findings are not unrelated. And, despite a slew of internal divides – over constitutional strategy, trans rights, personalities, and the fallout from the Alex Salmond trial – the SNP looks likely to benefit from those poll figures, and return to government, with a majority of seats in the chamber a strong possibility.

Their pro-independence bedfellows, the Scottish Greens, find themselves in a similar position. Their support appears to also be enhanced by support for independence, and the desire among those for whom independence is a preference to secure a pro-independence majority for the next parliamentary term. They too have internal divides and have lost the prominent land rights campaigner, Andy Wightman, who now sits as an Independent, but look set to increase their representation at Holyrood slightly in May.

As a result of increases in support for both the SNP and the Greens, it seems unlikely that the newly-formed ‘Action for Independence’ and ‘Independence for Scotland’ parties will be able to secure representation. The effective threshold for parties to win regional seats varies from around 6-9%, and it looks unlikely that any new party will be able to achieve this level of support. This holds true for former Conservative MSP Michelle Ballantyne’s newly-formed Reform UK Party, as well as the currently nameless party George Galloway hopes to register.

On the opposite side of the constitutional debate, perhaps the most interesting battle in this election is which party, Labour or Conservatives, will return as the second largest party. Both are under new leadership in Scotland. Former Conservative leader, Ruth Davidson, currently deputises at Holyrood for Moray MP and part-time referee, Douglas Ross, who replaced Davidson’s former deputy, Jackson Carlaw, last year. Davidson herself is standing down from her Edinburgh Central seat to take up a position in the House of Lords, while Ross has struggled to make an impact from Westminster thus far. As a result, the Conservatives look to be in a fight to maintain that second place, with a slight revival on the cards for Labour.

Labour has finally moved on from the leadership of Richard Leonard, and a leadership contest between Monica Lennon and Anas Sarwar ensued, both outlining quite different futures for the party. Lennon wanted a more independent Scottish Labour Party, and suggested it should not block a second independence referendum, while Sarwar opposed the idea. The positioning for Labour appears to be crucial here: supporting a second referendum would potentially attract more of the (leftist) pro-independence electorate back to the party; taking a harder line would make the party more attractive to pro-Union voters who have recently voted Conservative on account of their own ultra-Unionist position.

It seems likely, on account of gains by the SNP and Greens, that the block of 60 seats achieved by the Conservatives, Labour and Liberal Democrats combined in 2016 will be reduced in 2021, with perhaps fewer than 50 seats in play. Labour will have more of the momentum, with a new leader, while being in government at Westminster will likely impact negatively on the Conservative vote. If the Liberal Democrats hold onto their five seats from the last session, it’s possible that the Conservatives and Labour may share the remainder almost equally between them, with neither really able to stake a real claim to be the ‘main’ opposition in Scotland.

Polling then, suggests more of the same in the coming Scottish Parliamentary session. A majority SNP government would ensure the constitutional question remains squarely on the agenda, and the question of how to move forward with a referendum will undoubtedly be central to their programme – not least because the UK Government has indicated that it would not consent to the holding of a second referendum in the immediate future.

Towards a constitutional crisis: Scotland and Britain after the general election