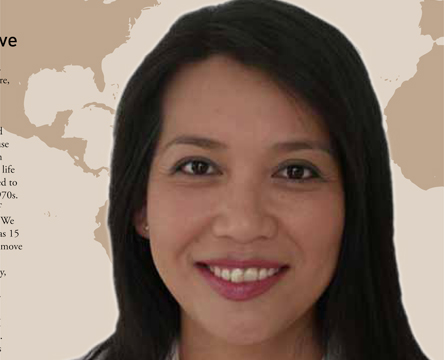 Many people in Scotland still associate me as N ina Giles, the former Director of Edinburgh & Lothians Regional Equality Council.  In March 2012, I married and became Nina Munday, I left my job and moved to Singapore to be with my husband. “Nina Munday” as a professional name is unknown in Scotland….. for now.

Being Scottish Chinese and living abroad is a very interesting experience.  There is not an obvious group where I fit in.  When I first arrived in Singapore, I thought it would be logical to apply for a membership with the St Andrew’s Society here;  unfortunately I was told I could not join as a full member because I was not born in Scotland even though I had spent most of my life in Scotland.  My father migrated to Fife from Hong Kong in the 1970s.  My mother, siblings and myself joined him in the early 1980s.  We moved to Edinburgh when I was 15 and I was living there until my move to Singapore.

My appearance, nationality, national origin and ethnicity are always fascinating topics for the participants at Inclusion Fundamentals workshops that I design and deliver in Singapore.  According to many participants and other people I encountered in Singapore, apparently I do not look very Chinese because I am 5’ 7” (170cm), medium build (large in Asia), dark skinned and have big eyes.

I guess I could blame the Scottish Government and people in Scotland for encouraging me to feel I am Scottish regardless of my ethnicity and birthplace.  It was natural for me to feel I had the right to advocate for myself and others.  I am probably good propaganda for modern Scotland; multicultural and diverse.  I am not just someone who lived in Scotland, I am someone who was actively involved in shaping the equality agenda and policies for Scotland.

When I stepped outside of Scotland, I realised the perception of equality varies greatly in different nations.  Unfortunately skin colour and nationality still play a key role in how one is being treated.  I am not certain whether I would have been given the same opportunities to progress if my father had chosen to migrate to another country. Though I am certain that I would not have been as well integrated into the society if I had.  More importantly, I miss the many benefits that I took for granted, such as free healthcare.  Whether someone chooses to go to the doctor is dependent on income and insurance.

I work for the Disabled Peoples Association in Singapore and I often hear  references to how disabled people are unable to access the healthcare they need because of the way the health insurance system in Singapore operates, something that would be alien to Scotland.

As someone living abroad, do I care about the independence referendum?  Of course I do.  My husband and I are ensuring that I am back in Scotland in time to register for voting and to add my ‘Yes’ to the referendum.  There are many reasons why I am voting yes, other than simply loving my country.  It is upsetting for me to read stories about the negative impacts on families and individuals created by Westminster Government’s policies.  I definitely hope the referendum will allow us to continue to provide the best university education without tuition fees; free prescriptions, eye tests and dental examinations – as well as other accessible services that we often take for granted.  Furthermore, I hope the referendum will bring us greater freedom on managing our benefit system and abolish the recently introduced, misguided Bedroom Tax.

There are independent countries much smaller and without the resources of Scotland.  As Scots we forget that Scotland is a positive brand.  Beside the images of having a famously ‘poor’ diet and sectarian violence, we are also known as being friendly, hospitable and welcoming.  Scotland has the same population size of 5.3m as Singapore.  But we have 78,789 sq km (30,420 sq miles) of land including the islands compared to Singapore’s 710 sq km. We can certainly cope with having a lot more people.  I particularly welcome the proposal in Scotland’s Future: Your Guide to an Independent Scotland, stating that citizenship will be available to anyone who has a long-standing demonstrable connection to Scotland.

Under the current coalition Westminster Government, we will not be able to build an equity nation as we see fit for Scotland.  For centuries, we have been doing things our own way, let’s continue this journey and win our nation back democratically and peacefully.  Let’s make Scotland a truly equal and inclusive nation.