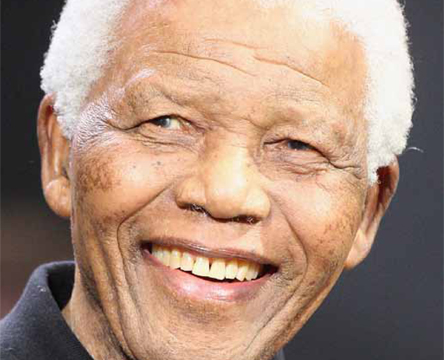 Nelson Mandela passed away on the 5th December 2013, leaving a glorious lasting legacy for his people and generations over the world to cherish.

Scotland has a long-established connection with Africa. Through missionaries, civil service and the army, Scottish people made an impact and left their own legacies during the nineteenth century in South Africa by establishing educational institutions including Lovedale Institution and the University of Fort Hare; the latter being the institution where Nelson Mandela, amongst other African leaders, studied.

Our nation has played an active part in acknowledging and challenging the injustice of the Apartheid system and proudly believes its small part made a collective global contribution towards the downfall and radical change of the political scene in Southern Africa.

Amongst many individuals that led by example, the name of Brian Filling comes to the fore. He is the current Honorary Consul for South Africa in Scotland and long standing Scottish anti-apartheid activist, who campaigned from the 1960s against the brutal system in South Africa. In 2012 Brian received South Africa’s highest honour for non-South African nationals, the National Order of the Companions of OR Tambo for his outstanding solidarity work.

Glasgow in 1981 became the first city in the world to grant Freedom of the City – which in subsequent years was followed by other Scottish cities including Aberdeen, Dundee, Edinburgh and Midlothian Council. In receiving the award (alongside similar awards from other UK cities) in person in 1993, Mandela observed:

”Glasgow will always enjoy a distinguished place in the records of the international campaign against apartheid. While we were physically denied our freedom in the country of our birth, a city 6,000 miles away, and as renowned as Glasgow, refused to accept the legitimacy of the apartheid system and declared us to be free.

It resolved to do everything possible to secure our freedom from the prisons of apartheid. It took up our plight in Britain and internationally. For example, in 1981 the then Lord Provost co-ordinated a declaration signed by over one thousand mayors from 56 countries across the world which called for our freedom.

Then in 1985 it (Glasgow) joined with over 100 British local authorities in petitioning the then Prime Minister, Margaret Thatcher, to press for my release. Such initiatives were thankfully successful.”

Mandela maintained and played a key role in the release in 2007 of the Lockerbie bomber, Abdelbaset al-Megrahi, whom he visited in prison in 2002, as he believed Megrahi to be wrongfully imprisoned. In doing so Mandela taught Scots to reflect and forgive wrongdoers.

Mandela’s lasting legacy for Scotland is to be always compassionate, forgiving and to engage with the outsiders. We too can move forward in our aspiration to be a  people that applies best social justice, support those in need, provide opportunities for younger generations to fulfil their full potential, pursue academic excellence, heal the sectarian divide, help those aspiring to make Scotland their new home and to make a difference in our increasingly polarised world.

Being self critical and asking direct questions can only help Scotland become a stronger nation. Our renowned commitment to social justice can often mask some critical issues that we have yet to fully address, including the sectarian divide and racial inequality. In addressing the latter we need to go beyond a mindset of simply celebrating the sari, samosas and steel bands – that is moving from acknowledging the exotica to truly understanding and embracing difference. In striving to be a nation in our own right, we need to discuss and fully engage with hard edged questions.

Now is the time and place to pursue this discourse – as Nelson Mandela aptly stated:

”I have walked that long road to freedom. I have tried not to falter; I have made missteps along the way. But I have discovered the secret that after climbing a great hill, one only finds that there are many more hills to climb. I have taken a moment here to rest, to steal a view of the glorious vista that surrounds me, to look back on the distance I have come. But I can only rest for a moment, for with freedom come responsibilities, and I dare not linger, for my long walk is not ended.”

12 June 1964: Jailed for life – Robben Island prison, off the coast of Cape Town and later in Pollsmoor Prison on the mainland

1981: Glasgow became the first city in the world to grant Freedom of the City. Collected in 1993 when Mandela visited the city

1984: Freedom of City granted by Aberdeen. Also elected Honorary Member of the Students’ Association, University of Glasgow and University of Strathclyde

1990: Glasgow’s Caledonian University award Mandela an honorary doctorate upon his release from prison