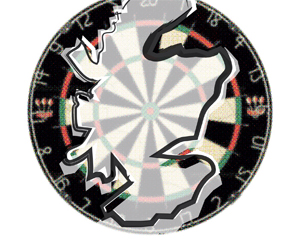 An often overlooked schism has emerged in British politics over the past three decades, one that transcends both left and right, between those we might loosely term ‘modernisers’ and their more ‘traditionalist’ opponents. In the theatre of party politics, this divide has opened up various battlegrounds which have, until recently, been dominated by the modernisers, from Kinnock to Blair in the Labour party and then on to the ‘Cameroonian’ modernisers of the Conservative party. But with Theresa May’s elevation to Prime Minister, following in the wake of wider developments, such as the rise of UKIP, the vote to leave the EU and Jeremy Corbyn’s election as Labour leader, it is arguable that the traditionalists are now starting to get themselves firmly back in control of the political agenda.

Similar to Corbyn’s efforts within Labour, May’s first task upon taking over as leader was to put her party’s so-called modernisers, those such as George Osborne and Michael Gove, forcefully to the sword. In their place, the appointment of a notably right-leaning Cabinet, including prominent Brexiteers such as David Davis and Liam Fox, who have long been entrenched in the traditionalist wing of the party, provides an ostensibly powerful statement of her intent to lead the party in a different direction to that set out by her modernising predecessor. It is hard not to interpret this move as the latest shot in a battle between modernisers and traditionalists – formerly the ‘wets’ vs the ‘drys’ – which has been raging amongst the Tories since the days of Mrs Thatcher.

Before we go any further, and in the interests of balance, it is important to qualify this by noting that those whom we are labelling here as traditionalists are likely, themselves, to reject the moniker of traditionalism. In particular, to refer to both May and Corbyn as traditionalists is far from uncontroversial. Whilst many of Corbyn’s critics would want to cast the Labour leader as a throw-back to an outdated 1950s style of retro-socialism, the Corbynites prefer to perceive themselves as modernisers of a different sort – offering a new type of progressive politics that looks to the future more than to the past.

Likewise, May’s supporters will undoubtedly want to cast themselves as a modernising force. Thus, for example, in her early statements, she has shown a desire to project herself as a radical, forward-looking reformist leader setting out a new progressive vision for Britain’s future. This was echoed in her first speech as PM in front of the door of No 10 when she announced her promise to deliver a social justice agenda which would ‘make Britain a country which works for everyone’. This seemed an obvious nod to her desire to detoxify the party’s image as a ‘nasty party’; a label she herself applied more than a decade ago – and aimed at the time towards the Tory traditionalists – to describe the popular perception they had created of her own party.

In these types of regard, May has avowedly sought to root herself in the tradition of earlier Tory modernising pioneers, like Joseph Chamberlain – then dubbed ‘radical Joe’ due to his energetic pursuit of progressive social reforms in areas such as housing, education and community development. Arguably, this is a laudable, reformist tradition to root oneself in.

But whilst both May and Corbyn will seek to present themselves in such ways as modernising agents, they nevertheless share a common tendency to root their distinctive visions of modernisation in very traditional discourses, tropes and symbols, often steeped, as they are, in a heavy nostalgia for the past.

For Corbyn, there is the resurrection of the almost forgotten symbol of the ‘labour movement’ or the campaign for nuclear disarmament, alongside evocations of past Labour heroes such as Keir Hardie or Clement Attlee. Likewise, May’s traditional Tory nostalgia touches on similar types of sentimentality; a harkening for the days of grammar schools, industrial strategy and a nod towards 19th century philanthropy and the likes of Chamberlain or Disraeli who looked to champion the enhancement of Britain’s global status through the extension of Empire.

In both cases, the agenda is very much to take their parties back to their traditional foundations and to strip away much of the modern architecture of the past couple of decades. The result, much to the pleasure of traditional grassroots supporters, is something reminiscent to a return to ‘old’ Tory versus ‘old’ Labour politics.

It is likely that this retreat into more traditionalist political territory could reap significant electoral rewards, at least in the short term. The potential basis of support for a retro-style agenda lies in large swathes of an electorate that have notably become disillusioned with many aspects of the modern condition. On the economic side of what we’ve largely come to know as ‘modernisation’ lies developments such as globalisation, neo-liberalism and marketisation, whilst on the cultural side we’ve seen the explosion of multiculturalism and social liberalism.

In recent years, these are the types of developments which the modernisers have been keen to align their political agendas with, in the process encouraging an ever-faster momentum towards greater economic and cultural integration. However, what we’ve seen in recent years is that these same modernising forces have helped to create their own type of anti-modernising backlash, a wave of more traditionalist resistance that appeals, in different ways, to voters at both ends of the political spectrum. It is from within this backlash, this retreat from modernisation, that we might begin to locate the politics of both May and Corbyn, though each of the two leaders differ in the particular aspects of modernisation that they seek to reject.

Whilst May’s rhetoric doesn’t reject all of the elements of either economic or cultural modernisation, it does nevertheless signal a degree of push-back against a number of modernising trends. Her outlook appears altogether more devout than secular, more conservative than liberal and more localised than global; a world away, it could be argued, from the metro-cosmopolitanism of the Notting-Hill set that formerly led the party. And, in her pledge to break with some of the excesses of Osborne’s austerity agenda, combined with her instinctive resistance to open borders, and her seeming acknowledgment that the state can act, at least in a minimal way, as a potential vehicle for social change, there are even some fledgling signs of a potential retreat from a discourse of hyper neo-liberalism; albeit these are very early days.

At the heart of this battle for the traditionalist ground is an attempt by both parties to win back sections of the working class – those so called ‘left behind’ voters – who have, in recent years, either turned their backs on the political system altogether or been lured to the definitively more traditionalist politics of UKIP.

In the pantheon of Conservative party pioneers, both Disraeli and Chamberlain were 19th century Tories who were able to secure working class support. As the forerunners of ‘one nation’ Toryism, it is easy to see their shadows in May’s early rhetoric about supporting ordinary working people. And, as May attempts to win over the working classes, her generally traditionalist, anti-modernising stance might just work to enhance her appeal.

But, it remains highly questionable as to whether looking backwards to a 19th century form of conservatism, built as it was on notions of social philanthropy, nationhood, Victorian morality and empire, can ever provide a solid bedrock for a truly modern Britain and the immensely complex challenges thrown up by a hyper-globalised world demanding ever greater levels of political and economic connectedness.

In this context, May’s ostensibly hardened stance on immigrants and Brexit and her evocation of traditionalist sentiment about the good old days of grammar schools and state sovereignty, will likely carry some degree of electoral sway with those groups who are struggling to keep with the accelerated pace of social change. But, it is unlikely to provide any type of effective long-term bulwark for those same groups against the inexorable winds of modernisation.

Peter Kerr is a senior lecturer in British Politics at the University of Birmingham. His research focusses on the Conservative Party, political leadership in the UK and long-term trends in British party politics. He is co-Executive editor of the journal, British Politics.