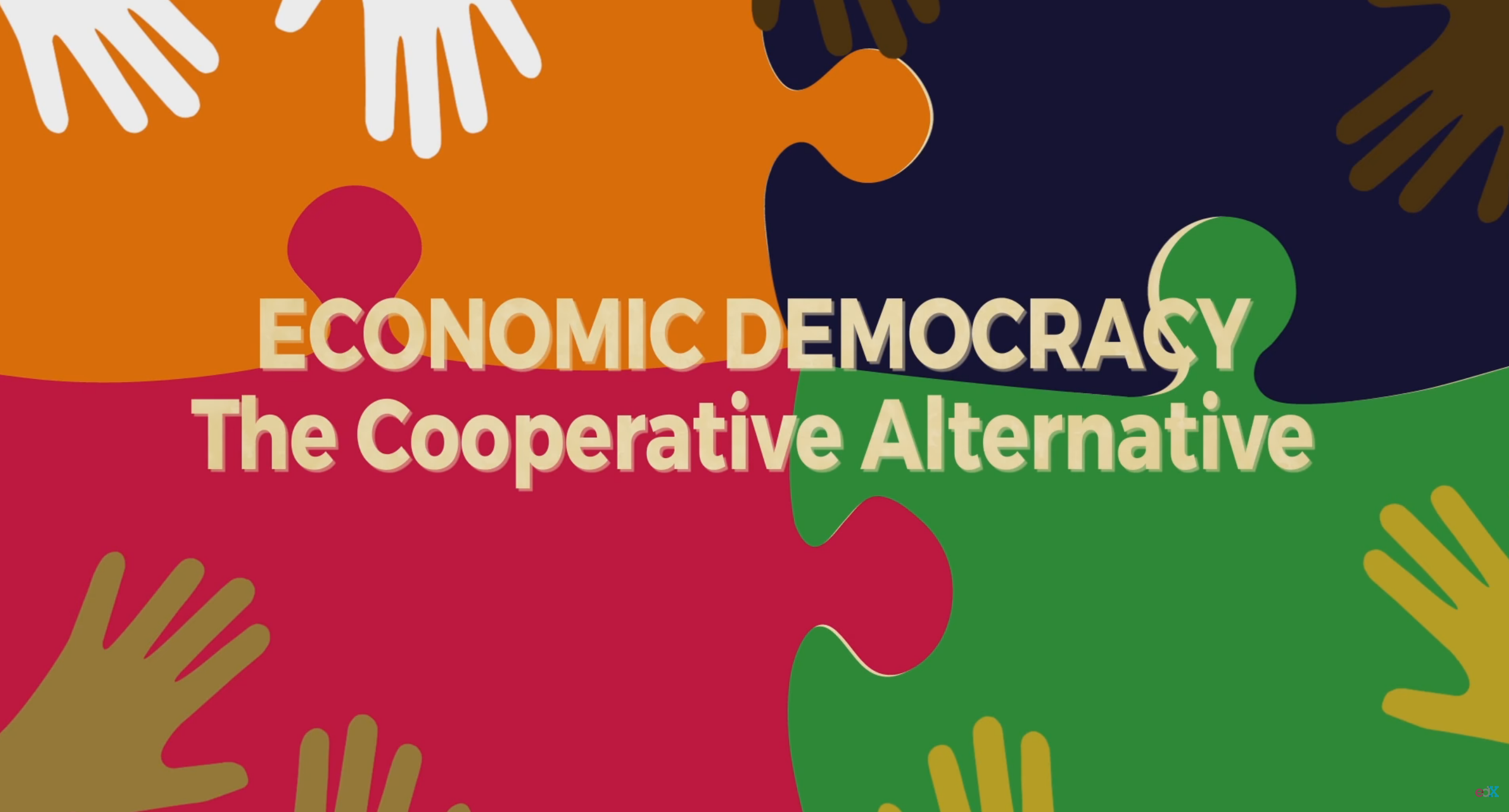 How do we develop a democratic economy, driven by social justice, rather than exchange value? For me, alongside tackling climate change, this is the critical economic question of our time. The alienation and marginalisation felt by many from three decades of increasingly autocratic neo-liberal economic governance is becoming politically manifested in different ways. The on-going march of the far right across Europe, North America and further afield should be a warning about the dangers of neglecting social justice and democratic engagement. We need to fashion a left politics that gives people meaningful control of their lives, rather than the elite self-serving faux populism of Trump, Farage and others.

There is, however, a more hopeful and inspiring economic narrative emerging through the Sanders and Corbyn insurgencies on the left, as well as movements such as Podemos in Spain, which involves the rejuvenation of alternative economic thinking. In Scotland, this has been partly invoked by the radical independence campaign, the Common Weal and the intriguing recent commitments by the Scottish Government to a new public bank and public ownership in the energy sector. Although, this new economic thinking is still nascent, it does build on important alternative and longer established new left traditions of a more participatory and democratic economics from the 1960s and 1970s.

Developing a left progressive economics for the twenty first century means coming to terms with dramatically changing global conditions, which include the restructuring of work, deepening inequalities and an increased concentration of wealth, the gig economy and the collapse of secure employment, and the decline of unions as a powerful countervailing force to corporate and financialised capitalism.

The alienation from neo-liberal globalisation, which is fanning the flames of reactionary economics and xenophobia of Trump and his ilk, is driven by growing individual economic insecurity, and has been produced by disciplinary neo-liberal labour policies around welfare and labour market deregulation under the guise of a flexible economy. Combating this requires new thinking and policy around how we generate individual economic freedom – not freedom just to exercise property rights and exploit the labour of others – but freedom to choose how you exercise your own labour.

This is an important but neglected agenda for economic democracy, bringing together the enlightenment liberalism of John Stuart Mill with radical political economy, remembering that freedom from economic servitude was the animating core of Marx’s thought. In an increasingly automated economy, where decent, secure and well-remunerated work becomes scarce, there is a need to rethink how individuals, families and communities secure the income and resources needed to live decent lives. This needs new thinking around the redistribution of work, new initiatives around working time, and a rebalancing of work and leisure to advance individual economic freedoms and rights to decent sustainable livelihoods.

A second key component of a revitalised economic democracy is the need to open up the economy and in particular decision-making to broader public participation and engagement. Here, one might compare favourably Denmark’s associational economy or Germany’s federalised system, where there are high levels of grassroots and cooperative traditions, strong unions and business associations, with countries such as Britain or the US where elite corporate interests dominate the economic discourse, often with the result that policy-making becomes very restrictive and tends to favour established vested interests (e.g. property owners, financial elites, media moguls).

Taking on board these themes – in rethinking how economic democracy becomes a broader agenda to democratise the economy in its entirety – with colleagues at the University of Glasgow, Nottingham Trent University, Oxfam and the New Economics Foundation, I have recently developed an international index of economic democracy (EDI), funded by the Economic and Social Research Council.

The Index is novel in developing a broader definition of economic democracy – beyond the usual focus on union rights or levels of cooperative enterprise (what we term ‘associational economic democracy’) to incorporate also individual economic rights, levels of public participation and the nature of economic decision-making. The index looked at 32 OECD members. The main findings can be summarised as follows:

• There is a stark difference between the ‘social’ model of northern European capitalism and a more market-oriented Anglo-American model. Hence the Nordic countries score among the best, with their higher levels of social protection, employment rights and democratic participation. The reverse is true of the more deregulated economies of the English-speaking world; Britain performs relatively poorly, while the US ranks bottom. Japan also ranks near the bottom.

• The best performing countries tend to be Nordic, with Sweden and Denmark clearly ahead of the rest; Iceland and Finland also feature strongly. Austria also performs well. Notably, the top ten countries all have relatively small population sizes (under 20m), although our statistical analysis suggests it is not population size per se that is responsible for this result but particular institutional configurations and regulatory frameworks.

• Countries from Eastern Europe are among the worst performing countries with Southern European countries, especially Greece, also performing relatively poorly. Slovenia is something of a geographical outlier, the best performing country from Eastern or Southern Europe, recording an EDI comparable to the Nordic countries. This is largely because, in its transition to capitalism, it pursued a more managed and social democratic model, rather than the extreme ‘shock therapy’ imposed elsewhere by free market enthusiasts and consultants.

Following the construction of the index, we have used statistical analysis to explore the relationship between economic democracy, inequality and poverty. A striking finding is the strong, negative and statistically significant correlation between the EDI and poverty and inequality measures. In other words, as EDI rises, poverty rates and inequality fall. Econometric analysis also suggests that there is also a relatively strong causal relation between the EDI and inequality (as measured by the Gini Coefficient). In other words, high levels of economic democracy help to reduce inequality.

These findings suggest that a combination of individual employment security, decentralised economic decision-making, and greater transparency and democratic engagement in macroeconomic decision-making enhance economic democracy and counter inequality and poverty. This challenges much of the conventional policy wisdom of the 1980s onwards regarding the perceived benefits of Anglo-American style flexible labour market policies, employment and financial deregulation, and ‘independent’ central bank-led macroeconomic management, suggesting such approaches may contribute to poverty and inequality. The findings raise concern about the EU’s approach to economic management in terms of Greece’s low ranking, and the impact of the Troika’s policies on Greek national income (and, hence, poverty levels). Moreover, there is also a warning for French president, Emmanuel Macron, who has been a recent advocate of Anglo-American style flexible labour market policies. His labour market reforms could play into the hands of Marine Le Pen and the far right next time around.

Andrew Cumbers is a Professor in Regional Political Economy at the University of Glasgow.