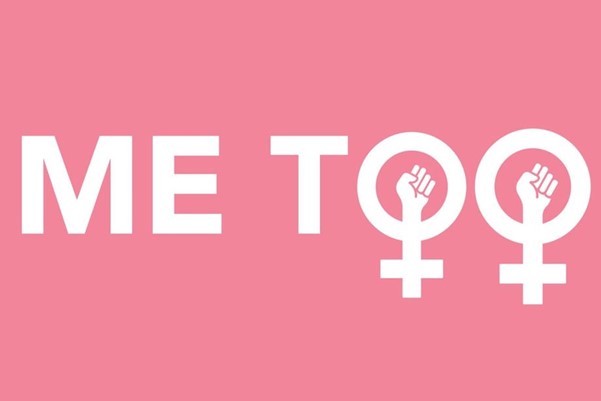 Here we reprint the speech of Rab Noakes from the Musicians’ Union moving Motion 64 at the 2022 STUC congress in Aberdeen.

The sexual harassment of women is a scourge in many workplaces. It’s severe bullying, with a sharp contaminated edge. It’s perpetrated by men. It’s witnessed by men. It’s excused and covered up by men. Well, ‘males’ is more accurate. I’m not so sure they are deserving of the term, men. It should come as no surprise to see a man move this Motion. It is absolutely crucial that we get involved in the issues. Tackling sexual harassment cannot be left to women.

We men must reflect on our own behaviour and challenge our colleagues and friends. People say ‘not all men’, but all women or most women have experienced or know someone who has experienced some sort of sexual harassment. Not all men are predators but all men have a duty to call it out. Males are the ones that need to change their behaviour.

So come on, when you see it, call it out. When you see it covered up, call it out. Let’s banish the nonsense surrounding it that still consistently refers to ‘banter’. Let’s stop women suffering a further layer of victimhood when they speak out. Let’s put an end to ludicrous assertions that how a woman is dressed has any relevance.

You know what I mean by that – ‘well she was wearing a short skirt and black stockings’ and ‘She was a bit tipsy’. So what? So were you, probably, too. We do know that her being tipsy may well be fuelled by a spiked drink or some other such method of reducing a woman’s ability to challenge unwanted advances.

This is where harassment takes on yet another layer. That being the very popular pastime known as ‘Blame the Victim’. The woman involved is often subjected to an extraordinary level of interrogation. She invariably has to make her case in front of her attacker. Is it any wonder many women don’t call it out at all?

Sexual harassment, of course, has nothing to do with sex per se. It’s not sexual relations in the way we recognise in a loving relationship. There’s no love here. It’s an assertion of power. Well, a vague notion of power. Wee insignificant males trying to give themselves some sense of importance. Unfortunately, all too often the perpetrator is an influential gate-keeper of some description.

Our union has created a Safe Space for vulnerable women and those experiencing harassment. This is a good, positive thing but the heart of the matter is the behaviour itself. I’m not addressing men with a wagging finger here but a genuine request to create an end to this, once and for all. Don’t do it, and don’t ignore it.

Sexual harassment in the entertainment industry is nothing new. Many of you will recall I have, on occasion, brought personal and close family into STUC presentations. Today, it’s my mother, Elsie Ogilvie. She was always a really good singer. In 1941, as a 21-year-old WAAF (Women’s Auxiliary Air Force), she broadcast from the BBC in Glasgow on the ‘Forces Fanfare’ programme. We asked her why she didn’t follow it up and make a career of it? Her reply was, there was too much attention of the ‘hand on the knee’ variety and that repelled her. That was eighty years ago, comrades.

In the folk and traditional music world, there have been reports of some serious instances. Some of them virtually amount to casting-couch behaviour, where young women are offered slots on festival bills, or other prestigious bookings for sexual favours. Women who are being put up overnight by male organisers, often find themselves being subjected to the small hours tap on the door and a most unwelcome visitor, expecting sexual activity. Can you imagine what it feels like to anticipate that possibility, never mind experience it?

We at the Musicians’ Union were, of course, delighted to see Iona Fyfe deservingly being the recipient of the STUC Equality Award. The STUC Women’s Committee also recently launched a new report on tackling sexual harassment at work. It made for grim reading. But we, as trade unionists, reps, activists and officials must all support the STUC Women’s Committee in their fight to eradicate sexual harassment at work in all its forms

Let’s keep drawing attention to it, and let’s identify the predatory protagonists if necessary. This is not a patronisingly protective role for men. It’s an essential act in the interests of a fully functioning, civilised society. Call it out, and stamp it out. I move, please support

‘That this Congress notes that the Musicians’ Union, along with other organisations such as the BIT Collective and SWIM, continues to carry out work to stamp out sexual harassment of women in

workplaces. However, there is still a long way to go. There is an urgent need to address harassment

within the Scottish music industry to ensure women musicians are treated with respect and dignity.

‘Congress further noted that a significant number of women Musician Union members, particularly in the folk and traditional music sector, have been reporting current behaviour/abuse from males that is appalling and needs to be highlighted, stopped and have steps put in place to stamp out harassment.

Congress asks the General Council to lobby Government to improve processes for:

1. women who are being subjected to sexual harassment; or

2. anyone who witnesses sexual harassment, including those who work on a freelance basis,

to easily report the alleged behaviour and get a quick response to investigate the issues, stop

the behaviour, and ensure other women are not affected by the continuation of predatory

activities by repeat offenders into the future.

‘Continue to press for the speedy implementation by the Westminster Government of a preventative duty on employers to shift the onus from the individual to the employer. There should also be a statutory code of practice specifying steps that employers should take to prevent and respond to sexual harassment’.

The motion and the amendment were unanimously passed.

Rab Noakes is a long-time singer songwriter in the folk tradition and an activist in the Musicians’ Union in Scotland. His website is http://rabnoakes.com/