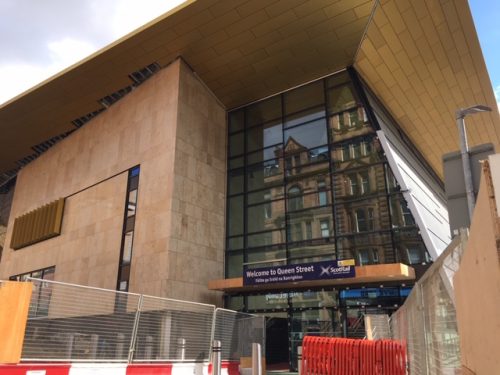 Mick Cash says though there is ‘clear and present’ danger, we have a political opportunity on our hands

It goes without saying that the Coronavirus pandemic has been an unprecedented challenge for the rail industry. Throughout this period, the RMT’s absolute priority is protecting our members’ health, safety and livelihoods and we have worked with the Government and train companies to agree emergency working principles for the rail industry.

In April, mainline rail journeys were down by around 95% compared to the year before. However, thousands of frontline rail workers (who like other transport workers have been classified as ‘key workers’ by Government) continue to go to work to ensure that our railways can transport other essential workers and goods.

There are a multitude of employers across the railways, and some good practice has emerged in terms of protecting workers’ safety and livelihoods. However, the responses have not been consistent, and unfortunately many RMT members have reported being put at risk at work, for instance, by being asked to undertake non-essential tasks that risk breaching social distancing or not being provided with adequate PPE. Tragically, a number of transport workers have lost their lives to COVID-19 and there are others unwell with confirmed or suspected COVID-19. 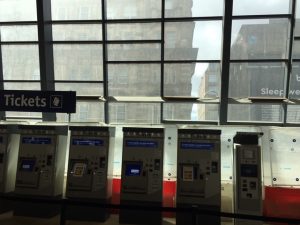 In response to the massive decline in passenger numbers, and hence revenue, the Westminster government transferred all franchised Train Operating Companies (TOCs) onto ‘Emergency Measures Agreements’ whereby all revenue and cost risks are transferred from the company to the Government and the Government instead pays a small fee to the TOCs to run a reduced number of services. The Scottish Government has confirmed that its emergency measures for Scotrail will mirror those of the Westminster government’s approach.

It has been widely reported in the media that the Government had effectively renationalised the railways with this approach. Yet this is not actually the case. In fact, this model – usually referred to as a rail concession – is not new and is already in place in a number of rail operations including London Overground, Merseyrail and Transport for Wales. These rail concessions are operated by the private companies Arriva, Abellio and Serco and Keolis Amey respectively, although the fee paid will be higher than that being doled out during the COVID crisis.

Ultimately, the COVID-19 crisis has exposed the failures of the system caused by fragmentation and privatisation, and has shown, once and for all, why we need a total rethink of how our railways are structured, owned and run.

Even before the COVID-19 outbreak, Britain’s privatised railways were in disarray. The Scottish Government confirmed in December that it would not be extending Abellio’s contract to run the Scot rail franchise past 2022, after the service had been beset by cancellations, delays and disruption. Earlier this year and prior to the outbreak, the Scottish Government announced additional funding for Abellio of around £100m for 2020-21, bringing the total annual funding to around £500m, due to a clause in the franchise agreement which allows for increased subsidy if passenger revenue does not increase as projected. Thus, the company is effectively being rewarded, with massive amounts of public money, for failure.

The long-awaited findings of the Westminster government’s ‘independent’ review of the railways, chaired by the former CEO of British Airways, Keith Williams, originally due in autumn 2019, had already been delayed, and now, of course, have been delayed further due to Coronavirus. If and when Williams’ recommendations are eventually published remains to be seen.

With the support of the rail unions, Labour recently published its vision for the railways in the form of an opposition White Paper. The White Paper set out a plan for a nationally integrated and publicly owned railway. The RMT welcomed the publication of Labour’s plans, which set out in great detail how this railway would function as a guiding mind for the whole railway within a vertically integrated structure. Particularly important was the new single publicly owned railway would employ all rail workers in one company including those in functions such as cleaning and catering which are often outsourced into precarious employment under privatisation. Having a single employer would end the inequality of two-tier workforces, prevent profit leakage from sub-contracting, retain knowledge and expertise within the railway, and create an employment structure with a clear career path. The structure also proposed significant representation for both unions and passengers but also powers for all the four nations.

So, there is a useful discussion to be held over the actual structure and make up of anyway publicly owned railway. But the principles are clear: ending profiteering and delivering a better railway through a single unified organisation that employs all rail workers and gives those workers a powerful voice.

Vitally, a nationally integrated and publicly owned railway would be a stronger position to respond to a national emergency in the future. In this structure, the Government would not have to scramble to establish emergency funding arrangements to prevent numerous private operators from going bust. Rather, it would allow for long-term strategic planning and for contingency measures to be established. It would also provide job security for staff who were all employed directly by a public body.

We are all rightly focusing on defeating Coronavirus and protecting frontline workers. However, there can be no return to a Tory ‘business as usual’ and RMT will continue work with all progressive politicians in Scotland to ensure that key workers receive more than just a thanks and we can build a better Scotland and a better railway for Scotland.

Mick Cash is the General Secretary of the Rail, Maritime and Transport (RMT) union