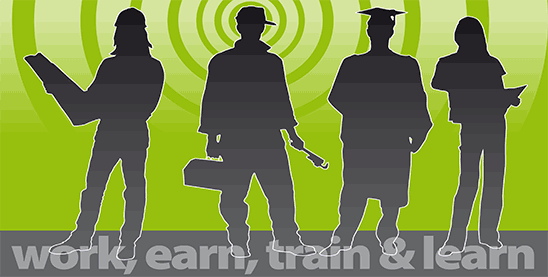 Do these conclusions also apply in Scotland, where MAs are a devolved area of responsibility and where there are plans to increase the number of modern apprenticeships in Scotland from 25,000 to 30,000 by 2020? This article looks at some of the available evidence.

Some background: MAs were introduced in Britain in 1994 in response to the decline of traditional apprenticeships, and the loss of skills at craft, supervisory and technical level, compared to what was happening among other major economies. The new apprenticeships offered work based training leading towards an industry approved qualification. They are marketed to young people as a means of getting the appropriate skills and to business as a means of getting the skilled workforce they need.

The Modern Apprenticeship programme in Scotland is managed by Skills Development Scotland (SDS) quango for the Scottish Government. SDS provides funding and support to employers. In 2014, its operating expenditure on the modern apprenticeship programme and skill seekers was £74.5m. According to its statistics, of those starting apprenticeships in 2014-15, 52% were aged 16 to 19, 27% were 20-24, and 21% were 25 or over: that is, just over half were for young people from school. The split of male/female was 60/40.

Now let’s look in more detail at SDS statistics relevant to how well the MA programme is likely to be meeting economic needs. In terms of level of training, 36% of participants were on apprenticeships leading to qualifications less than school highers level; 61% were on courses leading to the equivalent of a schools higher or HNC qualification; just over 2% were on course for the equivalent of an Ordinary Degree or HND; and the remainder, less than 1%, to an Honours degree. In total, less than 3% were aiming for a post-school level qualification.

In terms of length of course, the programmes are between 1-4 years long. Statistics are not provided by SDS on the average length by type of course. However, comparison of numbers on courses compared with numbers of entrants suggests that the average participant is in a modern apprenticeship for approximately a year and a half.

And in terms of subject areas covered, there are 106 frameworks offered in MA. These are courses designed to cover specific topics such as, for example hairdressing. In total, the highest number of starts was in hospitality at 11.1%, followed by business and administration (10%), social services (9%), and retail (8%). Looking only at men, freight logistics (10%), building (8%) and hospitality (8%) have the greatest number of starts; and for women, social services (21%), business and admin with 17%, hospitality with 15% and retail at 11% are the most popular.

In interpreting the relevance of these figures, it is worth recalling that both UK and Scottish governments have repeatedly stressed the need to turn the economy around from a high dependency on the services sector, particularly the financial sector, to one more broadly based.

Manufacturing, for example, has been in steep decline: research, development and innovation are all at low levels. The competitiveness of our export trade and our ability to compete with imports from elsewhere all depend on our re-engineering the economy towards more manufacturing – and as one ingredient in that, we need a highly skilled workforce in the types of trades relevant to manufacturing, research and development. These include, for example, maths, science, engineering, IT and electrical.

On first entering government in 2007, the SNP acknowledged ‘it is apparent that our modern knowledge economy will be ever-increasingly reliant upon a steady supply of skilled scientists, technologists and engineers….. We believe that the primary aim of the [MA] programme is economic development through enabling individuals to earn while they learn and develop skills relevant to their job’ (Skills for Scotland 2007).

And Scotland has particular problems in that, in 2015, it is still the case that productivity is lower than the UK average, which itself has lower productivity than a number of EU competitor countries and the US.

Against this background, the Scottish figures given above suggest that the aforementioned criticisms of what is happening to MAs down south are equally valid here in Scotland. Programmes so heavily based on hospitality, business administration and retail are unlikely to be vital ingredients of any policy to restructure the economy. They reflect the fact that the service sector dominates the Scottish economy. The continuing very low numbers entering modern apprenticeships in engineering, IT, and science based subjects are a cause for concern.

Many sectors that supply goods to us daily have few or no MA starts. So for example, there are no MAs for the framework courses of food manufacture, or of meat and poultry processing, despite the Scottish Government and Scottish Enterprise promoting the food sector as being a Scottish success story. The country is experiencing a massive increase in the hugely subsidised wind turbine industry, and yet only two people were taken on as MAs.

And although MAs are frequently publicised as a means of obtaining high level skills, the evidence above on the level of training provided through the MA programme suggests that the bulk of participants are not attaining qualifications significantly above school level. This is not surprising as we have seen above that the average participant is in the programme for only 18 months.

These conclusions might seem to run counter to evidence which the SDS has published on satisfaction with the MA scheme. In July 2014, SDS carried out an online survey of MAs to determine their level of satisfaction with the scheme. The report stated the MA programme is ‘highly regarded by the majority of [Mas] with almost all of them (98%) saying it is useful and over three-quarters saying it is very useful’.

However, this evidence has to be treated with great caution. The survey had been sent to all MAs with valid email addresses (13,600 out of 37,338 in training). Just 1,531 replied. And although SDS weighted their survey results on age and gender, we have no idea about whether those without emails, or those who chose not to respond to the survey, actually had quite a different view of satisfaction as compared with those responding.

Recording that ‘At the 95% confidence level, the sample size of 1, 531 provides a confidence interval of 2.5%’ seems at best a brave statement and at worst just plain wrong. All one can say is that of the 1,531 respondents, 98% found it useful. We cannot attribute this percentage to the population of all modern apprentices. It is impossible to say, therefore, on this basis how satisfied apprentices are with their courses. Without a proper analysis of potential non-response bias, the high level of satisfaction reported should certainly not be taken as any strong indicator of the success of the programme. And, of course, the level of satisfaction says very little about how relevant the MAs are to the need to transform the economy.

Following the recommendations of the Commission for Developing Scotland’s Young Workforce in May 2014, the Scottish Government has set itself the following goal in relation to MAs: ‘ The number of [MAs] at level 3 and above to be increased. The target is for 20,000 out of a total of 30,000 MA starts to be at this level by 2021.’ Level 3 is up to the equivalent of an HNC, and is still below a post-school qualification.

And, in May 2015, the Scottish Parliament debated modern apprenticeships. In the final motion, it recognised ‘the success of the modern apprenticeship (MA) programme’. In addition, it resolved to encourage ‘employers to consider workforce development and higher workforce skills that support long-term sustainable growth’. Such aspirations, fundamental to transforming the economy, require a grasp of why the distribution of MAs is as it is, and what mechanisms can be used to change it.

The evidence we have presented here suggests the MA programme is not meeting what is required to transform the Scottish economy: on average, an apprentice will spend 18 months on an MA to a level below the equivalent of higher education. If the government’s aspirations are for ‘improved pathways for progression to degree-level qualifications in a work-based setting’, then it is time for a serious re-appraisal of the programme.

Margaret and Jim Cuthbert are independent economists and statisticians who conduct research for the Jimmy Reid Foundation (see http://reidfoundation.org/?s=cuthbert)