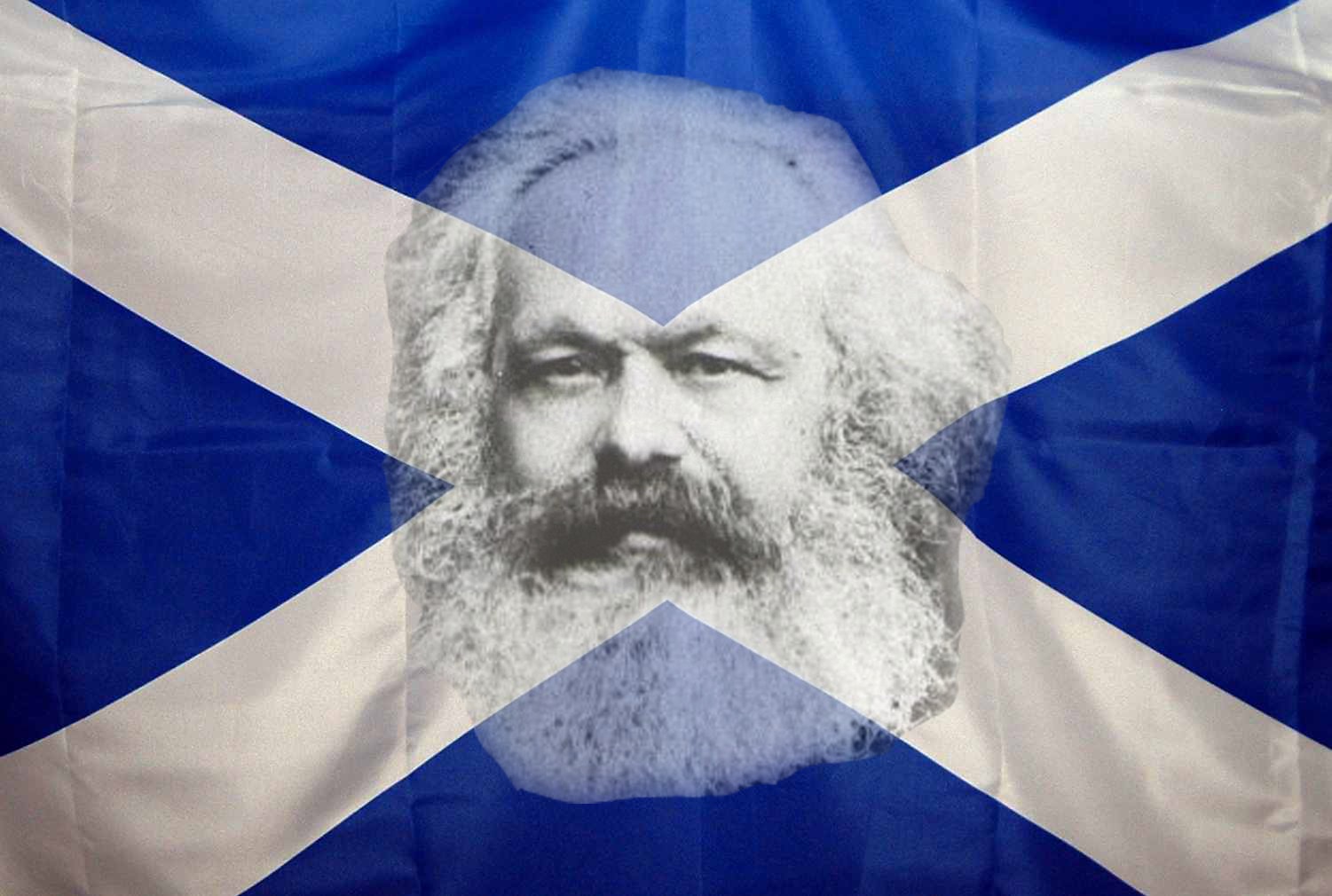 What is the real cause of the current international financial crisis? Ask five economists that question and you will get five different explanations. We are told that every country in the world is in debt (except China which we will leave out of this for now) and that they have all been borrowing too much and need now to pay their debts. Well if that is so, who has lent them all this money? Who do they owe these trillions of Pounds, Dollars and Euros to? How did this massive debt accumulate?

Most people borrow money for specific purposes and pay it back over a specific period of time, and of course by the law of averages, if X number are in debt; then Y number are in credit. This means debts and credits would normally balance each other out. So how did a whole number of national economies all get into massive debt at the same time with none in credit and who do they owe the money to?

When we ask reasonable questions like that we get answers which are clearly invalid given the scale of the debt (it was ‘sub-prime mortgages’).

There is however a relatively straightforward explanation for this phenomenon if we look at what Marx had to say about the instability of capitalism. In addition to the tendency for the free market to be cyclical Marx also pointed out that the capitalist market system had within it the “seeds of its own destruction” which would in time destroy it from within. This is something else which Marx noted from studying Smith’s work and he pointed out that Adam Smith had made an error which if not corrected would have a long term and terminal effect on the capitalist market. When Smith was observing early capitalism in Glasgow he noted that almost all of the ‘capitalists’ were not initially rich men, and indeed most never became rich. So when he was putting together the ‘basic’ requirements for capitalist production he reduced them to three basic elements: labour, land (which includes all natural resources) and rent (which later became capital as we will all now know it)

The more productivity the workers achieve the more capital we require and the more interest we need to find to reward it. This extra-profit which the system demands at an increasing rate Marx called ‘surplus value’. Does this not exactly describe our current economic crisis?

The people Smith was observing did not have great land and resources (land was still in the hands of the aristocracy) so he noted their need to ‘rent’ such resources from the aristocracy as an ‘element’ in the production process. Years later when Marx was studying Smith’s work the world had changed and the capitalist producers owned the land resources. So he defined Smith’s ‘rent’ simply as capital rather than a separate ‘element’. He pointed out that capital was merely another name for ‘consolidated’ labour in a storable form.

That is the calculation which Marx made so what did it tell him, and what does it tell us? It is clear that this system of rewards for contribution per unit of production is entirely unsustainable, it was flawed from the start and it is getting worse at an increasing rate. Our capitalist system demands that we give a reward per unit of capital at an ever increasing rate per unit of production (as Marx predicted). Put another way, we must pay a greater and greater percentage of the wealth we create to the ‘moneylenders’.

This is the foundation of the present financial crisis. The financial system pays out in money terms the capital required to go into the production system and the percentage of this per new unit of production is constantly increasing. Therefore the more productivity the workers achieve the more capital we require and the more interest we need to find to reward it. This extra-profit which the system demands at an increasing rate Marx called ‘surplus value’. Does this not exactly describe our current economic crisis? Every country is in debt and needs to find more money to invest so that it can produce in order to pay this debt – except this means more debt again and the rate per unit of production of debt is rising.

Why could the Victorians afford major capital infrastructure projects in Scotland like the Forth Bridge, and the Caledonian Canal, yet we can’t? Why could the British Government establish the NHS in 1947 when we had just emerged from a devastating war and were saddled with enormous war debts yet we can’t afford to run it properly to-day when all these war debts are paid and we are many times richer than we were then? Each year we improve workers’ ‘productivity’ so we get more output from the same amount of natural resources. So why is everyone who is employed making this massive new wealth not getting richer and richer?

If you think of this in relation to your own practical experience, you will realise this is not an untested economic theory but a well tested economic fact. I started work in Blairhall colliery in Fife in 1953 and worked with my father. At that time the coal-mines had been nationalised and big improvements had been made in investment. The average production per employee by the National Coal Board at that time would have been around 20cwt per man/shift. Which means one ton of coal produced ready for sale for every shift put in by all NCB employees (who would then have included the bath attendants in the colliery baths, nurses in the colliery health centre and office staff in the sales and supplies offices). When my father started work at a Fife colliery some 35 years earlier, it was a privately owned pit, there were no baths, there was no health centre, and many fewer white collar staff. The out-put per man/shift would have been around 5cwt. Today there are advanced systems of mining in Yorkshire fully mechanised and using retreat mining technology which are producing 100 ton per man/shift.

Now money is not wealth, money is merely a medium of exchange for the transfer of wealth. Production (or more accurately the goods and services produced) is real wealth – though it is normally ‘measured’ or ‘evaluated’ in money terms. When we ask if we can afford something, the real question is do we have access to the real wealth which we will need to pay people to make something?

If we apply the original ‘elements’ of production which Adam Smith used over time we run into the problem which Marx identified: the return to capital per unit of production is constantly rising while ‘labour’ and ‘land’ (remember this includes all natural resources) are falling. Over time this makes capital per unit of new production ‘top heavy’ and what it means in social terms is that a small wealthy section of the economic community (which is now international) become super super rich, while the vast majority run into debt.

There are of course a number of things Governments in capitalist countries can do to try to mitigate against this problem, like writing off specific debts or taxing the super rich, and some of these are being suggested. But if you don’t deal with the basic problem, whatever short term fix you apply will soon prove inadequate. The answer is simple, but has huge social implications; we need to reclassify capital as consolidated labour which is not a separate ‘element’ of production but is a resource for production which can be used or stored like natural resources and which has no value other than its intrinsic value. If we did that tomorrow we could overcome the world debt problem and move forward at a much higher production rate. But this would cause a major redistribution of wealth; without us taking anything from anyone that they currently hold we would have dramatically changed the market value of the holdings of the supper rich.

Of course a Keynesian approach to the problems in the present capitalist world, while it will not resolve the long term contradictions, would be a much better and easier first step to take for any Government in the capitalist sphere of influence. Since the present system can’t continue indefinitely, because it will continue to get worse, this would be a wise route to take.

If Marx is right about this (and the evidence seems clear to me) then where will the system fail first in today’s world? I believe that the present system will fail in the financial sector where the strains are already manifest. The failure of international financial institutions and international currencies seems to me to be the weak point in the system and where it will break under pressure, because in a desperate attempt to retain the value of the ‘currency’ attempts will be made to force people to restrict the development of ‘real’ economic growth. As in Greece today. Once that happens and there is a failure in one or more of the international currencies then we are in new territory and economic development on the old capitalist model will be extremely difficult if not impossible. Britain’s bloated financial sector and the pound as an international currency are very vulnerable to be early victims of this collapse.

Scotland’s best chance as a small nation in a world hurricane is to keep free from our holdings of UK financial assets (which could be worthless) and to do what the current Scottish Government is trying to do – invest in local renewable energy and build an economic infrastructure based on real natural resources. Then when the unreal resources evaporate over night we will have a real basis on which to rebuild. Our oil reserves for example, which are currently based on the oil dollar, would still be a valuable asset even if the dollars we had hidden in our wardrobe were worthless.

It is not possible to predict what a failure in the international capitalist financial system will result in, or indeed if it will come in one huge surge like a tsunami, or in several surges over a period of time; many will make great efforts to save the system and patch-ups and adjustments will be made to try to preserve it. What is however beyond doubt is that if the ‘exchange system’ fails people will fall back on real assets rather than paper assets which could be worthless, and therefore economies which depend very much on ‘financial assets’ such as the USA and Britain will be hardest hit. In such a situation there will be considerable dangers because the production system will be in chaos in many countries and social systems will break down.

What is beyond dispute is that the system that emerges in Europe after this chaos will be more socialist and collectivist because it will need these qualities to survive. Since it seems to me that this is what the crisis is about I believe that we need to take positive actions to prepare for the storm economically and politically and the better prepared we are the better we will be able to protect ourselves and help others.