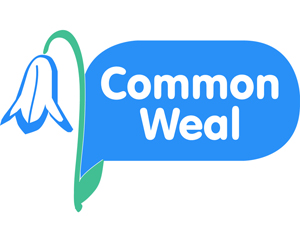 When the Jimmy Reid Foundation was set up two years ago it was set up with a determination that it would do more than produce interesting work; it would produce interesting, influential work. From the various organisational attempts to make an impact on Scottish politics from the left to the many high-profile-but-ultimately-unsuccessful social campaigns of the 1990s and 2000s, there was a very clear sense that many people wanted change but that the left – for many reasons good and bad – hadn’t made change tangible.

That was one of the drivers that led to the establishment of the Foundation. We wanted to create new thinking, but we wanted to create it and present it in a way that was likely to get that thinking listened to and acted on. A big ask for an initiative with the limited resources we had, but one that lots of people wanted to at least take a shot at.

There are many reasons why the Foundation has had at least a degree of success in setting agendas, but two stand out; the latent desire for change which dominates the public view of politics and the vacuum that has opened up in thinking in Scotland as a result of the constitutional debate. Claiming there is a vacuum is not to criticise either the Yes or No campaigns and their relevant political parties, just to note that in areas from monetary policy to how we might configure the national grid, there were big swathes of the public policy agenda that had simply not been part of the debate in Scotland.

Which is how we arrived at Common Weal. It emerged from a discussion paper that a group of academics linked to the Foundation developed to help with political meetings. We had heard many people say that they would like Scotland to be ‘more Nordic’. But we don’t hear much about what that means beyond ‘good public services’ and ‘high tax’. So the aim was to produce a way of describing what the Nordic social and economic model is and what Scotland would need to do if it wanted to move in that direction. It was only after the paper had been written and people looked at it afresh that they realised that it contained within it something Scottish politics has perhaps been lacking; a realistic and consistent programme for a different sort of social and economic development in Scotland.

However, those involved with producing the paper were keen to emphasise another point; Nordic societies are not perfect, and after ten years of rightward drift in the politics of some of the Nordic nations they are becoming less perfect by the year. Also, there are aspects of the Nordic nations which are unique to them just as there are aspects of Scotland which are unique to us. No-one thought a ‘facsimile’ of another country was the right starting-point. And finally, not every good idea that Scotland might aspire to replicate comes from a Nordic nation. Germany’s economy, Spain’s cooperatives, Venezuela’s development policies, Singapore’s approach to innovation and intellectual property rights; it would have been a mistake to narrow down the focus so much.

And so in talking about becoming ‘more Nordic’ the Foundation was always emphasising the ‘more’ part. It became clear that the terms in which we needed to talk were of a distinctively Scottish model, inspired by the Nordics among others. In discussion with writers and language experts, the phrase ‘Common Weal’ quickly came to the fore.

This was the genesis of the idea; but can we move it beyond slogan? We are seeking to do this in two ways – policy development and political strategy. It is worth considering each separately.

The initial discussion document proposed six fundamental transitions that would be needed if we wanted to become more Nordic, but clearly this only scratches the surface of the range of activity we need to change Scotland fundamentally. We need to fill out the wider agenda, we need to do it inclusively and we need to do it fast. To that end we’ve launched the Common Weal Project.

The idea behind the project is simple; we need rapidly to identify the best thinking that we can find that already exists which moves in a Common Weal direction. That must mean anything we can find from anywhere that can contribute – papers from Nobel prize-winning economists, studies of Nordic trade unions, assessments of large-scale Spanish cooperatives, think pieces on education for citizenship or anything else that can contribute. And then we need to both open it up (we really want this to be an inclusive process) and focus it. So we are inviting everyone and anyone to submit their own ideas. This could be a short proposal or a paper someone writes us on an issue they feel strongly about – we have a team of volunteer researchers and we will look at everything we receive and feed it into the process. And then we are commissioning as many papers as we can from people in Scotland and beyond to address the big issues we think need to be addressed – everything from how we can develop a strong, positive, mutual trade unions/employer relationship to whether Scotland can develop a biofuel industry based on kelp.

All of this work is taking place over the summer – you should go to www.scottishcommonweal.org and send us your ideas or just papers or think pieces you read that we should see. It will all be published in an online library which anyone will be free to come and browse. But this is not a library simply for its own sake; it is a resource from which we will then produce six major papers. Each paper will cover a group of policy areas. They are:

More detail on each of these can be found on the website. Each paper has a group of experts in the field actings as editors, pulling out the best ideas that we receive, adding their own expertise and producing what we hope will be documents which are both realistic and inspiring. These are not intended to be a final word on anything but a starting point.

But ideas are not enough; we need to create the conditions where these ideas start to influence public policy in Scotland. So the project is every bit as much focussed on political strategy as on pure policy development. As with any strategy, it is developing as we go along, but it is based on five core elements:

Differentiation: the death of a good idea is when it can mean anything. Inclusive is good, flexible is good, meaninglessness is not. If in doubt, observe the ease with which David Cameron began talking about ‘fairness’ and the ease with which he therein made it mean nothing at all. To make Common Weal work we need to hammer home the message that it is not ‘a collection of random things’ or ‘a variation on what we have’, it is coherent, distinct and new (at least in the context of UK politics). To make this differentiation clear, we have set out the ‘typology’ of ‘progress through conflict’ versus ‘progress through mutualism’. Of course competition remains a part of life in a Common Weal vision, but it is subservient to the belief that working together towards shared goals is a more productive approach – and demonstrably so. To make that differentiation clear, we are pressing the question – is your proposed solution predicated on a ‘we’ll hold the jackets and may the strongest win’ philosophy? Then it isn’t Common Weal. Is it predicated on ‘can we find a way to work together for win-win’? Then it is.

Uniting: at this point in Scotland’s story, the last thing we need to do is create more division. We have got into the habit of thinking that what is in the interests of business is against the interests of people. Which is true if you substitute ‘multinational corporations’ for business, and lump indigenous businesses in with ‘the people’. We need to bring domestic business interests and the genuine interests of people together. We need to create an idea that can be of use to people whether they support independence or whether they support the union. We need to choose areas which matter to the widest range of people – the quality of their job, their social and economic security, the public services they use. All of this is possible if you see a fairer economic distribution to be at the heart of the vision, an economic shift that benefits both indigenous enterprises and the people they employ. We need to get out of the mess we are in by coming together in a space that offers something better for everyone.

Coalitions: anyone can sign up to a petition. There are examples in the recent past of initiatives that placed too much emphasis on the ‘names on a piece of paper’ approach. Often the reason these failed is that the coalition was no deeper than the imprint of the ink on the page. The Common Weal project is progressing on the basis that each new organisation or individual that contributes not only ‘signs up’ but brings new perspectives and changes the whole. We are seeking to engage with the maximum possible number of groups and organisations not to seek their endorsement but to seek their involvement.

Political parties: the Foundation does not even nearly have the capacity to run national ground-level campaigns. In any case, even if it could it might not work. We need to get the idea, the vision into the organisations which can take this to Scotland and which can change the status quo. That means, above all, the political parties. If we cannot win over Scotland’s left-of-centre political establishment (and on some issues the political right too) to the ideas of Common Weal, the battle will be difficult. So we have a detailed strategy for engaging with each of the political parties to try and get them to become aligned – in their own ways – with Common Weal. This year’s conference season will be a crucial aspect of that.

Visibility: finally, and most straightforwardly, we will continue to run a campaign in the traditional and social media spheres to keep awareness and recognition high.

This is a hugely ambitious approach for us to take. Were one of the big commercial interests to seek to do something like this, they would allocate many millions of pounds to the task. We have virtually no money but a massive amount of skill and good will. Time will tell whether we can marshall that good will and those skills effectively and achieve the goals, but if we don’t, it won’t be for lack of trying.

There is a very real chance that in a little over a year, the enthusiasm and momentum will dissipate. Pro-indy or pro-union, you seldom get a chance to re-imagine your nation from scratch. Don’t waste it.