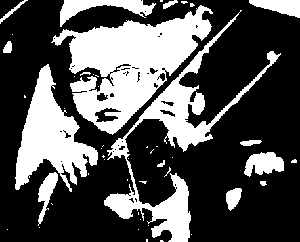 The past year has seen the Musicians’ Union (MU) and our members endure potentially existential threats to their professional survival. Whether this has come from Brexit or cuts to instrumental music tuition in schools, this has been a period not without its challenges for musicians and the wider industry. However, it has also provided opportunity for the MU in terms of looking at new ways to engage with members and non-members and to plan for foreseen tough times ahead.

Having maintained a steady membership of around 30,000 members for some years, it seemed too easy to breathe a sigh of relief that the MU has not been haemorrhaging members, or been absorbed into a larger union, as has been the case for other small craft unions. It was evident that in terms of recruitment, there were clearly pockets of potential growth for MU membership that we were simply not accessing – or who were not accessing the MU, possibly as there has been little variation in MU recruitment initiatives over recent years. This proved to be a lesson in itself, which for the MU underpinned the point that access really is everything.

MU members and working musicians in general tend to be self-employed, earning low incomes and work in the most precarious of circumstances. In reality, very often work is arranged and undertaken without any kind of contract in place at all.

In early 2019, our general secretary, Horace Trubridge introduced the ‘Join for £1’ membership scheme, which allowed hard up musicians on low incomes (who make up their precarious music work with … well, other precarious work) to join the MU and hopefully gain an insight into the value of membership, and how the MU can help support, protect and develop more fulfilling and sustainable careers as professional musicians.

There is often a feeling that the MU can find itself ‘preaching to the choir’ when we talk about how important music, arts and culture are for everyone in society. Learning an instrument promotes positive learning in other areas of academia, promotes cognitive development, team working, social skills and much more. Classical music provides a soundtrack to our lives – whether we acknowledge it or not. This may take the form of the soundtrack for a favourite film, or the piece played by a string quartet as your wedding.

We all harbour these fond memories which are reinforced by a compelling piece of music and the MU led a campaign around this, revealing the human side of the ‘Musician Behind the Moment’. We asked our members to tell us their ‘MU Moments’ and to let us know why these moments mattered to them. We also asked for the wider public to let us know about the music behind their ‘moments’. The campaign content was tender; exposing both heart and vulnerability and striking a very different chord to previous MU campaigns.

There has been one prevailing topic which has dominated the vast majority of discussion and debate in the music industry in the past year and in recent years. Brexit has been looming, and as yet created nothing short of an impending sense of madness (at best) or doom (at a realistic worst) as the potential plethora of issues which will directly affect working musicians is contemplated with a very nervous sense of anticipation. Currently, musicians from Scotland and Britain work and travel throughout the EU, crossing borders (sometimes multiple times a day) without having to worry about applying – and paying – for visas and work permits in advance. Any musician who has ever had to travel to the USA for work knows only too well the administrative and fiscal burdens which could be imposed. For working musicians, this is a situation which will render sourcing, accepting and scheduling work and implementing the associated logistics of that work in Europe nigh on impossible.

That there are no guarantees that common sense will eventually prevail has been a difficult yet valuable lesson for the MU and our members to learn. Brexit has been the freight-train which has been steaming down the tracks and has forced a different line of thinking for the MU in terms of how we propose to protect the rights of our members who work in the EU and crucially, the MU members who reside in Britain but who are also EU nationals. The MU has been campaigning for a reciprocal performance visa which can be used by British-based or EU based performers which is light in administration and cost, is quick and allows musicians to continue to work in the EU without having to expend on additional costs such as visas, carnets and other documentation which may be required for working across borders.

It has been difficult, if not impossible, to draw any potential positive outcomes from the challenges currently faced by the MU and our members. One thing which can be said with some certainty, though, is that the music industry has faced tough times before and has always diversified for its survival and proved to be robust and versatile in politically and technologically challenging times. We can only hope that the same can be said for the challenges ahead.

Caroline Sewell is the MU Regional Organiser for Scotland and Northern Ireland.

Making positive use of Brexit in hospitality and tourism