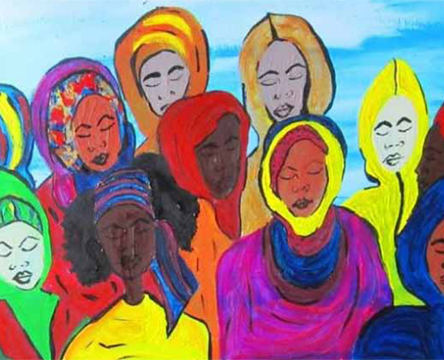 “An independent Scotland will have at its heart the respect, protection and promotion of equality and human rights.” So claims the Scottish Government’s recently published White Paper on Scottish independence. Furthermore, it states that “existing legislation, protection and rights will be maintained” and ‘equality and human rights should be embedded in a written constitution.

This reinforces the perceived notion that “Scotland has a strong history in protecting the rights and freedoms of everyone living in the country” – a view shared by one of the key national equality organisations in Scotland who assert that “Scotland is well advanced compared to other EU countries and even the UK with regards to race equality”. As the well-known Scottish saying goes  “we’re all Jock Tamson’s bairns”, The Scottish Government has certainly taken this approach in the language it uses around national identity and ethnicity, stressing the value of diverse communities working together for Scotland’s future.

But does the reality match the rhetoric?

One of the key reasons usually given for a ‘no problem here’ attitude is the relatively low number of black and minority ethnic people (BME) in Scotland. The small number was probably true a decade or two ago – the 1991 census showed a BME population of just 1.25 per cent, rising to just two per cent in the 2001 Census. However, the 2011 Census now records a BME population of four per cent overall, with cities such as Glasgow recording BME populations of12 per cent and Aberdeen eight per cent. Indeed the BME population of Glasgow is now similar to that of the UK average and higher than that of cities such as Liverpool. The numbers excuse, which allowed people to ignore the reality of racism experienced by those ‘small’ BME communities in Scotland no longer adds up at any level.

I guess the picture I am painting of Scotland in 2014 is one of well-meaning people and policies, but a definitive lack of action. We seem to have moved on to a post-race society without acknowledging that ‘race’ was ever an issue.

But numbers are not the whole story.  Scottish Police recorded 5,389 racial incidents in 2011/12, and there is nothing to suggest that under-reporting is any less a problem in Scotland than in the rest of the UK. Even more worrying, the Institute of Race Relation’s Factfile on the Racially Motivated Murders (Known or Suspected) from 2000 onwards lists 10 people from Scotland, out of 80 in total. Many of these have had little if any media interest, and are too often seen as ‘one-off’ incidents rather than a broader reflection on Scottish society. Indeed, a decade after Macpherson, the former Lothian and Borders Police had to publicly apologise to the family of Simon San after officers failed to treat an attack by a gang of youths as a racist murder – the family had always believed that the attack was racially motivated. A year before Simon’s murder, Scottish Justice Secretary Kenny MacAskill, addressing SEMPERscotland (Scotland’s equivalent of the National Black Police Association) had made the bold statement that “institutional racism does not exist in the police service in Scotland – of that I’m sure”.

One key factor that allows situations such as these to continue is the lack of pressure on public bodies and others to take real meaningful action to achieve change. Outside of Glasgow, there are just 10 BME local councillors (out of a total of 1143), with 25 of Scotland’s 32 local authority areas having no BME representatives – including our capital city, Edinburgh.

In public sector employment, the situation is no better, with just 2.1 per cent of staff declaring a BME background. This figure drops to just 0.8 per cent in local authorities, and just 0.7 per cent in Scotland’s fire and rescue services (all figures from 2011/12). More worryingly, although figures are now showing that around 12 per cent of all applicants for public sector posts are from BME backgrounds (a figure in line with the BME population of Scotland), and a roughly equivalent number are being short-listed, only 4.4 per cent of BME applicants are subsequently appointed (compared to 7.1 per cent of White UK candidates). Again, the situation in local authorities, which one may have expected to perform better, is more alarming – just 2.1 per cent of BME applicants for local authority jobs were appointed in 2011/12 compared to 6.1 per cent of White UK applicants. Not only are White UK candidates three times more likely to be appointed than their equally qualified and experienced Black counterparts, but if this situation is allowed to continue then the ethnic penalty faced by BME people in Scotland will continue to grow.

One victory for equality campaigners in Scotland was in securing more robust specific public sector equality duties. The revised duties came into force in May 2012 and explicitly requires all listed public bodies to publish reports on the progress they have made to mainstream the general equality duty into their work, to publish equality outcomes and to undertake equality impact assessments. There are also requirements to gather and use employee information (with respect to each of the protected characteristics, including race) and to consider equality issues in relation to public procurement.

But once again, whilst the talk and policy is good, the practice on the ground is questionable. Indeed, recent research by the Equality and Human Rights Commission (Scotland) looking at the quality of equality outcomes set by Scotland’s public bodies concluded that 29 per cent of public authorities had set ‘poor’ outcomes – where the ‘outcomes’ were not even actually outcomes, in that they did not focus on bringing about change for individuals or communities. A further 40 per cent of authorities were rated as ‘mixed’ leaving just 31 per cent with ‘good’ outcomes.

I guess the picture I am painting of Scotland in 2014 is one of well-meaning people and policies, but a definitive lack of action. We seem to have moved on to a post-race society without acknowledging that ‘race’ was ever an issue. Despite 45 years of race equality legislation, it is still possible – in 2014 – for the EHRC to say (as they report in their analysis of how Scotland’s public bodies have fared in meeting their public sector equality duties) that some public bodies “are still near the start of their journey.”