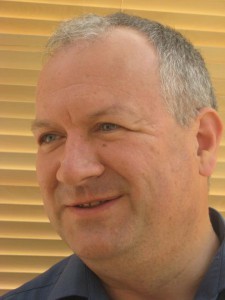 By celebration and critique, Gregor Gall commemorates the contribution of Neil Davidson

Socialists in Scotland lost one of their finest thinkers with the untimely death of Neil Davidson (9 October 1957 – 3 May 2020). Neil was a very rare thing in this modern age of intellectuals being housed in universities. He was not just an autodidact but an organic intellectual. His contribution to understanding the evolution of society in Scotland and Scottish nationalism – and from a Marxist perspective – are second to none. His output of writing eight books, editing one, co-editing another five, and producing countless academic and non-academic articles was prodigious to say the least. Though a committed member of the Socialist Workers’ Party (SWP) for most of his adult life, this contribution is widely respected throughout the radical and revolutionary left in Scotland and further afield.

As a civil servant from 1984, Neil held down a full-time job, was a union activist, a political activist and managed to begin his own independent Marxist study of Scotland, starting with a joint contribution to the International Socialism journal in 1990. This saw the beginning of not only Neil making a distinctive and valuable contribution to the study of Scotland but also him marking out his place within the SWP. Although there were at that time other talented individuals in the SWP in Scotland, he soon and rightly became the leading ‘expert’ on matters of Scottish history.

A decade later, he published his first book, The Origins of Scottish Nationhood (Pluto, 2000). Not much later came his next book, Discovering The Scottish Revolution (Pluto, 2003), which won two book awards, from the Deutscher Prize and the Saltire Society. I attended the Edinburgh launches for both. There were hundreds at each including many from well outside the orbit of the SWP (like of Angus Calder and George Kerevan). These books were a key part of the process by which the SWP slowly came to support the cause of independence for Scotland. Here, Neil was able to convincingly demonstrate Scotland was not an oppressed nation and there was not an unbroken thread of rebellion as ‘national’ resistance.

It was not until 2008 that he became an academic by gaining a substantial research grant and taking this to Strathclyde University. Though this was a huge accomplishment by a then non-academic, it was also a bold move on two counts. First, it was a massive drop in income, and, second, it was not a permanent job. The issue of income was important. Neil had some of the dour demeanour characteristic of his place of birth, Aberdeen. But in one respect, he very much did not. This was because he reckoned he spent about a third of his income on books. Neil found it hard to enter academia because selection panels did not appreciate his work or its places of publication like Pluto.

In 2013, he finally secured a permanent lectureship at the University of Glasgow. This saw him expand his range of interests and contribution to other areas of contemporary and historical capitalism like neo-liberalism, uneven and combined development, passive revolution and bourgeois revolution, racism and the far-right. It also saw his publication output soar. It was a great shame he could not have done this earlier. He loved teaching because he was able to teach Marxism for which there was often a growing audience. Neil was also a great polemicist, sparring constructively along the way with Alex Callinicos, John Foster, Tom Nairn and Robert Brenner. He was a frequent contributor to Scottish Left Review and to all three editions of its book, Is there a Scottish road to socialism? (2007, 2013, 2016).

Personally, I always found Neil to be more measured and non-sectarian than his other SWP comrades. Again, maybe showing the influence of being an Aberdonian, he was less excitable and prone to excess. But he was still very firm and solid, standing his ground on what he thought with more than just a superficial substantiation. He was bookish from an early age, having become ‘politicised’ in the mid-1970s. His working-class background precluded the chance of going to university straight from school (though he did gain an Open University degree and tutored for it in the 1990s). He joined the International Socialists, forerunners of the SWP, in Aberdeen in 1976 but, in his words, ‘did not become serious’ as a Marxist until he returned to Scotland from London in 1984.

So, I have a huge respect for Neil as an individual, writer and thinker. However, there were two things I could not reconcile with him. First, his going along with the SWP’s support for Tommy Sheridan in the destruction of the SSP as a viable political force in 2006. Here, the implosion of the Tommy Sheridan and Solidarity projects tell the tale of misjudgement, especially with the SWP then leaving Solidarity. Second, though Neil engaged in a struggle to democratise the SWP, it took the rape scandal within the SWP in 2013 to make the scales fall off his eyes about the SWP and its exaggeration of the prospects for itself, the class struggle and socialism. In a strange sort of way, because of Neil’s intellectual contribution and stature, he as a public figure almost seemed to be able to stand aside from these things. Maybe there were two Neils – the political activist and the Marxist intellectual.

Undaunted by having to leave his party after so many years, he threw himself into further writing and study as well as into the establishment of the small group, Revolutionary Socialism in the 21st Century (rs21) and its co-thinkers, the International Socialists (Scotland). He became a teacher and theoretician to a new generation of activists involved in the Radical Independence Campaign.

Though Neil is dead, his influence to educate and inform, through his ideas and output, will live on. That is the best legacy such an intellectual could hope for.