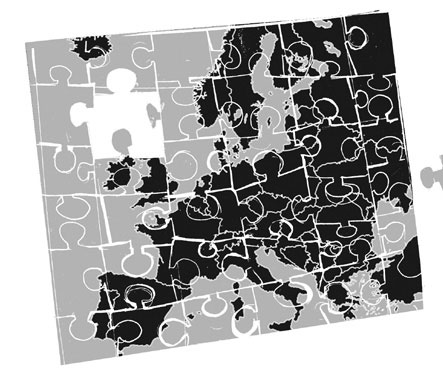 The Irish election returned five TDs for the United Left Alliance, with 2.8 per cent of the first preference votes. But this victory for the Left is only part of a bigger picture of political change, writes Brendan Young. 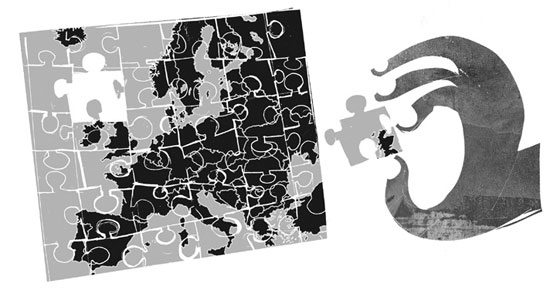 Described as a sea change by commentators, the biggest shock of Ireland’s recent general election was the collapse of the vote of Fianna Fáil (FF), the State’s largest party; from 41.5 per cent in 2007 to just 17.4 per cent this time. FF has governed in Ireland for 61 out of the 79 years since it was formed in 1932 and has won 14 out of the 19 general elections. Yet it now has only one TD (member of parliament) in Dublin – down from 13. Its first preference vote in Dublin was only 12.5 per cent, whereas the United Left Alliance, on its first outing, got 7.1 per cent. What stands out is the loss of support for FF among working class voters – confirming what has already been happening in local elections.

Fine Gael’s vote rose almost nine per cent since 2007 to 36.1 per cent, but the combined FF-FG vote was down to 53.5 per cent. This is a far cry from the days when these two parties of the right got over 80 per cent of the popular vote; and further decline from the 1990s when they got 60-65 per cent. While the vote for the right is in decline, the left vote has risen: Labour (now firmly social-liberal, but in the eyes of many voters a leftwing force) got 19.4 per cent and Sinn Féin got 9.9 per cent.

The cause of the FF collapse is the party’s very visible responsibility for the current economic crisis, which according to Patrick Honohan, governor of Ireland’s Central Bank, has led to “one of the costliest banking crises in history”. The bail-out is running at €70 billion and the state is borrowing from the EU and IMF to repay loans that Ireland’s speculators cannot pay – to the major banks of Germany, France and Britain.

Private debt is now state – sovereign – debt through the FF-Green government commitment in November 2008 to guarantee all bank debt – a move copper-fastened by the EU-IMF deal. And the people of Ireland have been warned that default will be punished severely. FG and Labour are committed to the EU-IMF deal, which includes large-scale privatisations (including water) and a 5.8 per cent interest rate on the €85 billion loan facility – punitively higher than the current ECB base rate of 1.25 per cent. Yet the crisis has still further to go, as personal mortgage defaults rise by the month.

So while the FF defeat, along with the wipe-out of its coalition partners, the Greens, is punishment for their actions, support for FF will re-emerge at the next election due to the willingness of FG and Labour to drive through FF’s budget plan, as part of the EU-IMF deal. A FF revival will be tempered by being out of office however, since a significant factor in vote-getting by them (and FG and some Independents) is the ability to ‘deliver’ for the constituency by lobbying and manipulation of state spending – for the benefit of local constituencies. At the same time, mass unemployment and the deflationary wage cuts and tax rises, service cuts and privatisations that FG and Labour are planning are sure to provoke mass resistance and open a political space to the left of Labour.

The new Dáil (Irish parliament) will have its strongest ever group to the left of Labour: over 20 TDs when Sinn Féin, the ULA and left-wing independents are included. Labour however, has gone into coalition with FG – as they said they would before the election. Their program for government includes a commitment to stick to the EU-IMF bailout deal – which means cutting 25,000 public sector jobs over the next three years. And as expected, Labour got the ‘social’ ministries and will lead the campaign of cuts in social, education and public sector jobs. This will lead to a repeat of Labour’s previous experience of coalition with the right: a short period in office followed by electoral annihilation.

While support for SF has grown, a big breakthrough in the 26 Counties has not happened. They have so-far failed to capture the radicalisation and in the eyes of many are not to be trusted. For some people, SF’s past record of military activity in the Six Counties is an issue; but for others, its willingness to go into government with Ian Paisley’s DUP (and carry out cuts, rather than resign) and an apparent willingness to go into coalition with FF or possibly FG is an issue (they declared themselves to be ‘ready for government’ in 2007). In constituencies where SF and candidates of the Left were both standing, the competition has been close.

So a new historical situation is emerging: a decline of mass support for the parties of the right (FF and FG); and a growth of support for the parties of the left (including Labour – perceived at present as being of the left). In contrast to many other European countries, we have not seen the emergence of far-right or explicitly racist parties – despite the presence of large numbers of migrant workers and unemployment rates of over 15 per cent. Support for Independent candidates likewise indicates a decline of trust in existing parties.

The ULA’s emergence is therefore very timely. Initiated in November 2010, it is an alliance of three groups: the Socialist Party (SP), the People Before Profit Alliance (PBPA – in which the Socialist Workers Party is the dominant organisation); and the Tipperary Unemployed Workers Action Group. These groups realised that the socio-economic crisis was creating a political space to the left of Labour in which socialists could begin to build a small electoral base. They also had some prior success in getting socialists elected to local councils, and Joe Higgins of the SP elected as a TD and later as an MEP. The baseline for agreement was and remains a commitment never to go into coalition with FF or FG, either at local or national level. An electoral platform to challenge the crisis – whereby the rich rather than the poor should pay for the crisis – formed the basis for an electoral slate (see www.unitedleftalliance.org). 19 ULA-endorsed candidates stood in almost half the country’s constituencies in the general election, with five being elected (four in Dublin and one in South Tipperary).

Having begun as an electoral alliance, all groups agreed before the election to continue working together afterwards and to move towards forming a new workers’ party. There was, and continues to be, a debate on the tempo of this process; and on the political basis of such a new party.

A ULA convention is to be held on June 25 where the next steps on moving the process forward will be discussed. At present the ULA is a work in progress: a series of meetings are being organised countrywide from which it is hoped branches will emerge, and on which an emergent activist organisation would be based.

My view is that a functioning organisation is needed quickly, both to begin to organise those activists who want to mobilise resistance right now and in preparation for the major struggles we think are likely to break out. While the existing Programme of the ULA is adequate, it needs to be broadened to deal with other areas of politics – like health care and education. On the political program, I believe a new party should take the side (and champion) the working class and any oppressed group in any conflict with the bosses and the state. In that way a new party would accumulate its program through struggles and debate, with experienced socialists having a role in elaborating policy and proposals.

More problematic in the short term is how the existing groups organise as currents in a new party.  At present, popular dissatisfaction arising from the economic crisis has only been expressed electorally. There has been little mass action, largely due to the compliance of the Irish Congress of Trade Unions with the politics of the Labour Party and the absence of a significant challenge to the ICTU leadership. Meanwhile the Left, while it has gained electorally, does not have the social weight to mobilise mass opposition. So the numbers engaging in struggles is relatively small, meaning that the numbers likely to join the ULA in the short term is small.

This means that the SP and SWP have a disproportionate weight in the emergent ULA. Placing the creation of a new organisation in its own right, over and above their own, is a challenge to them both because their tradition is one of recruitment to their own groups. In this context, the production of an independent publication for the ULA – to give expression to our views and an independent identity to the organisation – remains an argument to be won. In the longer term a publication, and an influx of new activists, is how the tendency towards the ULA remaining federal – an alliance of independent groups as against a more organisationally homogenous formation – can be overcome.

Other pressures on the ULA include the difficulties in getting the 5 TDs working together as a coherent group, with initiatives in the Dáil relating to activities outside; and the establishment of mechanisms of accountability of elected representatives to the organisation as a whole. Some of us are painfully aware of the tragic evolution of Tommy Sheridan and of the need to maintain close links between the parliamentary group and the membership. This is particularly the case in Ireland, where there is a long (and corrupting) tradition of clientism – with pressure on TDs to keep vociferous local people happy.

The recent general election was a great step forward for the Left in Ireland: the five ULA TDs get much more airtime to promote the ideas of the Left (due to the speaking rules of the Dáil) than many Labour backbenchers – much to the chagrin of the latter. But it is the next election which will provide the real opportunity for an electoral breakthrough – when disaffection with Labour will be profound. In the meantime we must demonstrate to those workers who come into struggle that we can be a valuable resource in their battles – providing a platform, organisation and leadership when appropriate. This is the challenge facing the ULA. We welcome the support and solidarity of all socialists and internationalists in this challenge.