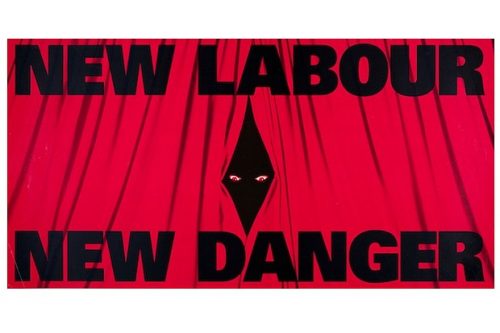 Though still in poll position, Kenny MacAskill argues all is not well in the ‘House of SNP’

Scotland’s political order has changed with SNP straddling the land as Labour once did. The former giants now reduced to sniping from the side-lines. That this is about the life cycle of politics and that all political parties evolve acknowledges the transformation of society and the economy and reflects new generations of members drawn into activity.

I’ve been there sniping at a Labour Government and sitting in an SNP administration, as well as being part of the SNP’s transformation in the 1980s and 1990s. Transformation can be essential but can also come at a cost. Some can object and, looking back at my early SNP days, some actions by the new intake, including myself, could be insensitive. But it was both inevitable and essential and the rest, as they say, is history.

But likewise, I also recall kneejerk attacks upon Labour by the SNP that were sometimes justified but often not. Good things were done by Labour administrations. The response from myself and others in the SNP was that it was never far, fast or good enough. That began to change as it was realised such attacks were neither appropriate nor even electorally popular.

Being in government also confirmed that power is not absolute and there are huge constraints upon what can be done, as well as how fast or far you can go. Sadly, the tribal instinct runs deep in Scottish politics and the errors of early SNP have not been learned by contemporary Scottish Labour. Blanket opposition is an electoral turnoff, as Scottish Labour is now discovering.

I was minded of that when having a coffee with a former Labour minister. He’d a Labour hinterland but came to office with ‘new’ Labour. It caused me to reflect on both being in opposition and in government, as well as the changes that take place as parties evolve. There were similarities but also lessons to be learned.

The SNP has now become a formidable electoral machine, as Labour was before it, and a ‘new’ SNP is also now emerging. Much of that is good and of benefit. Professionalisation is required in politics, being in government brings opportunities and increased membership is welcome in a political party.

But there are issues that arise as well as pitfalls that need avoided in regards of membership, organisation and government. Some are light hearted while others are much more fundamental and serious. SNP membership is now the largest in Scotland, as once it was Labour. New members being elected or grassroots re-invigorated have electrified and added to the party.

I ruminated to my Labour colleague that though I’d been an adversary of his party for decades, I had a grudging respect for many but later wondered just what some new members were doing in that party. What I meant was ‘power attracts’ as they say not just loyal members supporting the cause but also a few sadly seeking a career, and they go where political power lies. The band of brothers and sisters was an activist-based party could never be maintained. That’s just the unfortunate price of success, I suppose.

Thankfully it’s just a few though it must perplex some in Labour as it once did me. But now turnover of staff and the proliferation of non-disclosure agreements in Holyrood also testifies to a culture of entitlement and loss of solidarity. Those in charge of candidate vetting and party management need to take responsibility.
Closeness, perceived or otherwise, to individuals or corporate lobbyists is also unseemly. Some of that’s just life in the little village that Scotland is and yet it needs to be guarded against. But it also comes around as a result of a tight inner circle existing within SNP, where many either are – or are closely connected. Greater transparency, at minimum, is required.

For the real irony surely must be that despite its expediential growth, the SNP has never been a more centralised machine. Some of that’s understandable given the requirements of office. It’s not easy giving members their say when governments are often required to react immediately and representative democracy is hard when time and space are limited. 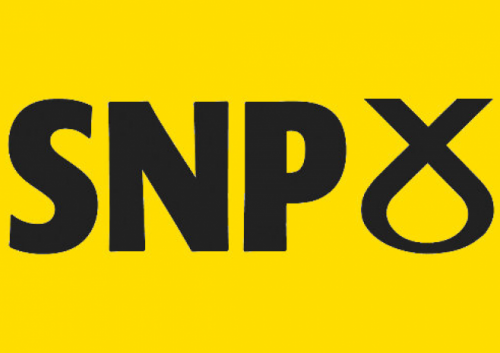 Others aspects, though, are entirely within the control of the party and are very much deliberate, unconstrained choices. The centralisation of power under an inner cadre that constrains cabinet members, let alone dissenting or just challenging voices outside that cadre, is unhealthy and afflicts both party and government. Leaks and briefings against individuals by that corps are an abuse of power.

Whilst its necessary to have a close relationship between party and government, it also true that distance and independence are required. Party HQ is not viewed as an independent arbiter but an adjunct for the First Minister’s Office. That the spouse of the First Minister remains as the party’s Chief Executive is not just unseemly but also unhealthy. When there are complaints of the handling over candidate selection and ranking, it’s in danger of becoming an abuse of power. The marginalisation of individuals – even some in senior elected roles but from without the inner circle – is damaging to the wider cause.

There appears to be a fear – not just a reluctance – to have open debate because everything has to be politically managed and ‘on message’. Fundamental issues have been stifled when such discussions are often cathartic and inspirational. The bloody nose the leadership received on the Growth Commission was not only good for party democracy but stimulated many within the party. Failure to debate a strategy for independence is breeding resentment and causing a fraying at the edges as frustration sets in.

The style has become almost presidential. For sure, promote the First Minister who is hugely able but allow others to shine. I pondered how years ago in opposition we’d laughingly challenge folk to name five Labour MPs. After Brown, Cook and Darling, they’d struggle. Now the same applies to the SNP Scottish Government Cabinet.

Image, rather than ideology, has become paramount. Some of that is necessary to ensure retaining power. Press releases of achievements are all well and good but a coherent strategy is equally essential. Power has to be for a purpose. Profile should be for the cause, not the individual.

As with Labour in its day, there are both challenges from and excuses provided by a Tory government. In my opposition days, Labour could often shelter under the shadow of the Tories. It was a credible bulwark to the hardship that otherwise would befall, even if it sometimes also excused inaction. Almost invariably the right position and correct rhetoric was provided even if the precise actions were limited or inadequate.

Now that sometimes appears to be the case with ‘new’ SNP. It talks the talk and invariably gets around to the right position eventually. But the delay can be frustrating and the action – when eventually taken – somewhat inadequate. Here, climate emergencies and health crises spring to mind. The appalling situation currently being faced and coming down the line is frightening. Current proposals are far too timid and all the blame cannot just be pinned on Westminster.

There’s a reluctance to be radical or act quickly on almost any issue. The heavy tendency towards inertia on even the most modest proposals such as a tourist tax or parking levy testify to that. Scottish Labour’s absurd opposition on the latter is as shameful as some positioning taken by SNP in past years. Consultations and reviews – followed by reviews into consultations – are also a throwback to Labour administrations. But they’re part of an agenda of drawing out criticism rather than being bold or brave in stating what you believe in and acting upon that.

Defensiveness from a hostile media is understandable and promoting the successes of the government and party is essential. There are many that should be rightly lauded by both the administration at Holyrood and in local authorities. But overplaying your hand is also unhelpful.

Public services are not all great in Scotland. Far from it. Years of austerity have taken their toll. Public services most certainly are, in the main, far superior to south of the border where the privatisation agenda has inflicted such carnage. But all politics at the end of the day is local. Folk care about their child’s school, the health service they use and the services in their community. Being told how much better they are than in England or Wales is a debating point for politicians, more than an encouragement for voters.

A bit of magnanimity would work far better. The SNP is trying to do its best in adverse circumstances dictated by enforced austerity. Acknowledging that’s not only realistic but acceptable to most. That was brought home in a recent social media spat with the police federations. Boasting about how wonderful police numbers were and contrasting with England simply irritated front-line representatives struggling with the reality of life on the streets.

Incumbency, whilst opening doors, also breeds isolation though some of that actually seems a matter of deliberate choice. The pivot to the right with the Growth Commission has not won over business backers and, indeed, some former supporters have been lost. Likewise, the most worrying aspect of the Edinburgh Sick Kids’ Hospital debacle is the appalling relationship between the Cabinet Secretary and the unions for staff there. Relationships need to be worked at and not just assumed or taken for granted.

Many groups that were very supportive – and pivotal even in policy formation – now feel neglected or aren’t used as the source of policy advice as once they were. The latter are now dealt with by officials or special advisers but both often without the requisite knowledge or experience. Some of that is part of the natural course of politics: it’s easier to meet or lobby oppositions than governments but some of it is at best oversight or at worse arrogance and needs to be checked.

The SNP administration has, like Labour ones before it, become managerial and the sense of purpose blurred. For sure, there’s been progress on gender and sexual equality issues but a loss of clarity, if not direction, on wealth or land inequalities. The agenda of individual rights rather than the collective good has proven insufficient for social democratic parties across Europe, and the danger is it will be the same in Scotland.

Years ago, I would have described SNP’s international equivalent as Fianna Fail. Nationalist but rooted in working people, and on the centre-left of the country’s political spectrum. Now I sense, the SNP is actually more like Fine Gael (much as I admire the current Irish governments stance on Brexit): on the centre-right and not willing to confront the establishment and established ways.

Of course, as with their predecessors, the SNP is doing its best and, indeed, well on some aspects. It’s not easy being in government or under the constraints of this Tory administration but it should heed some lessons, lighten up and broaden the base. The Scottish Government isn’t just the administration but the vanguard of the national movement. It’s a vital part of the independence campaign, even if the next referendum will also be required to be led by others. Given the Brexit debacle and the crisis in the British state, greater efforts need made and further progress must be achieved. Mitigation of London austerity is insufficient. A radical direction is also required. Dare I say: the ‘new’ SNP needs to learn some lessons from ‘old’ Labour.

Kenny MacAskill is a former SNP MSP and Justice Secretary. He is now a columnist (with the Scotsman) and writer (with books published on ‘Glasgow 1919: The Rise of Red Clydeside’ and ‘Jimmy Reid: A Scottish Political Journey’).