Six months ago, Tony Benn opened the Labour Representation Committeeís National Conference and AGM in London. The theme of his address to this gathering of Labour Party socialists committed to strengthening the link between their party and the trade unions, was ìThe Future of the Leftî.

As ever with the veteran left-winger, he looked back over a lifetime of political struggles to illuminate and to set in a historical perspective the struggles facing todayís generation of socialists. The main thrust of his argument was how, in these times of great economic crisis, it was necessary to give working people confidence and hope that socialism did have answers to the many problems besetting them on all sides.

It was vintage Tony Benn except for one passage where he suddenly turned to denounce what he termed as ìsectarian socialismî. It was here that he lost his usual clarity and objectivity. He singled out the then recent result of the Glenrothes by-election, claiming that Tommy Sheridan had polled just 87 votes and the SSP 212 votes. Here, he argued, was conclusive evidence that there was absolutely no future in trying to produce a ìpure socialist partyî, no future in trying to challenge Labour from the left.

He ended with a joke about his favourite left sectarian newspaper, the Workersí Weekly. On page one it called for socialist unity, while on the following five pages it denounced every other socialist and left-wing group that dared to disagree with it. His Labour Party audience erupted in laughter at his caricature of the loony left lost in its own political extremism and irrelevant to the struggles of workers in the real world.

When I came across his speech on the internet, I was initially angry and upset. While still in the Labour Party, I had backed Tony Benn in all his campaigns against the Old Labour right and the New Labour neo-liberals. I had fought for many years beside him in the Campaign Group of socialist Labour MPs. Now, here he was heaping ridicule on me and the tens of thousands of other socialists who had taken their fight for socialism outside of the narrow limits of New Labour and the British Road to Socialism.

Tonyís outburst seemed to me to have been wrong in so many different ways. He knew that neither the SSP nor Solidarity had anything to do with the Workersí Weekly. Yet he seemed happy to label both Scottish parties as sectarian for the sake of a cheap laugh from his Labour audience. Labour history should have taught him that by-election results are no basis on which to judge the standing or the potential of smaller socialist parties. In the Mid Lanark by-election of 1888, Keir Hardie had come in bottom of the poll and miles behind his Liberal and Tory opponents, only to be successfully elected to Parliament four years later.

He should have also known that the SSP is a conscious and deliberate attempt to break with socialismís sectarian past and to unite socialists, who might not agree about everything but who could agree about enough to put forward a coherent socialist political programme with a broad appeal to workers. He might even have been expected to know that Tommy Sheridan was not the Solidarity candidate in Glenrothes and couldnít get that right either.

Yet socialists in Scotland cannot afford to ignore or to dismiss Tony Bennís criticisms. Sometimes it is good to see ourselves as others see us. Even if those others, like the characters in the movie Groundhog Day, are condemned to repeat their own British parliamentary failures over and over again. Nor, from a purely electoral perspective, are their criticisms without substance.

They are correct to point out that the socialist vote in Scotland has suffered a sharp decline. In 2003 a united Scottish Socialist Party polled nearly 119,000 constituency votes and more than 128,000 list votes – almost a quarter of a million votes cast for candidates standing on an explicitly socialist platform. After the split, the SSP and Solidarity polled less than 45,000 list votes between them in 2007. In the two UK parliamentary by-elections held since then, the SSP picked up 2.1 per cent of the vote in Glasgow East and 0.6 per cent in Glenrothes. The equivalent percentages for Solidarity were 2 per cent and 0.2 per cent.

However, that does not mean that we should mistake their attacks for reality. By-elections are not a true guide to how people will vote in a national election ñ especially Westminster by-elections. The results of the 3 national elections for the Scottish Parliament held to date have usually confounded the predictions of many commentators. The Scottish election of 2011 will be fought in political and economic circumstances radically different from those that prevailed in 2007and, consequently, are more rather than less likely to confound the predictions of mainstream political punditry.

UK unemployment is now predicted to rise to 3.5 million by the spring of next year. This means that both the UK and the Scottish general elections will be fought against a background of mass unemployment not seen on this island since the darkest days of the Thatcher era. Back in the 1980ís Labour politicians were able to ride a wave of working class anger and direct it against a heartless Tory government. In 2010 and 2011 New Labour will be the target of that same anger.

Scottish politics will also be dominated in 2010 and 2011 by massive public spending cuts imposed from Westminster by a New Labour Government this side of the general election and probably, on the other side, by a Tory government blaming its New Labour predecessor. Tens of thousands of unemployed Scots will be subjected to New Labour welfare reforms that will privatise swathes of the employment service while forcing the unemployed to either accept low-paid, low skilled, non-unionised, dead-end jobs or be forced to work in the same jobs for their benefit. 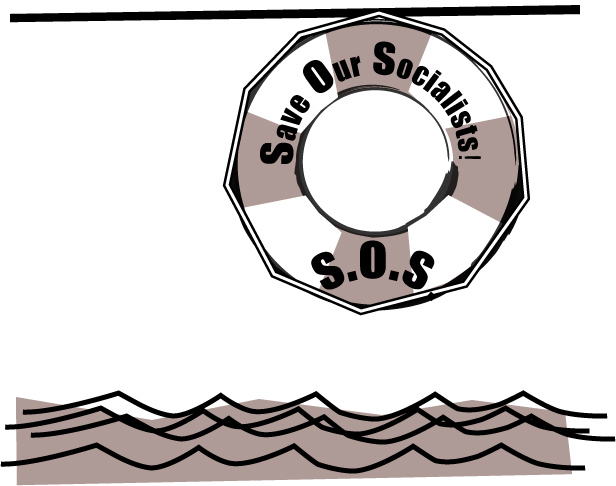 Meanwhile a looming pension crisis will begin to bite as market-based private pensions fail to deliver the dream retirement promised to workers while markets boomed and property prices soared. The average workerís private pension pot in this country is now worth £25,500 equivalent to an annual pension of £1,800. As Fred the Shred Goodwin strolls away from the ruins of RBS with a pension pot of £8.5 million and an annual pension of £750,000, retiring workers will look at their pathetic return of less than £40 a week and remember that it was New Labour who told them that they were lucky to live in a golden age of capitalism where boom and bust had been abolished and where there were only winners and no losers.

Public sector pensions will also come under renewed attack from whichever of the two big parties is still in power. With the next UK government facing the biggest ever peace-time public sector deficit (estimated to cost £90 billion in each year of the next decade), the promise to restore the state pension link with earnings is likely to be dumped. A £34 billion black hole in the funding for public sector pension schemes already means that £1 in every £5 of council tax paid goes to fund the pensions of ex-council workers. The money is simply not in these schemes to meet the expectations of retiring public sector workers now approaching retirement and facing a dramatic cut in their expected standard of living.

While workers across the private and public sectors face a future of redundancies, shutdowns, wage cuts, wage freezes, cuts in their hours and holiday entitlements, while the sick and the poor are threatened with benefit cuts and bullied into inappropriate and badly paid jobs, the House of Commons gravy train continues to career out of control with already well-paid MPs lining their pockets with expense claims that fund everything from second homes to bath plugs and porn movies. No matter how the system is reformed, it is the ëme-firstí greed of big party politicians that will linger in the public memory.

In short, the majority of workers are now set to experience a system-wide breakdown of the neo-liberalism sold to them by all of the mainstream parties as the only economic and political game in town. Workers across Scotland and the UK now find themselves facing a swarm of economic and social problems for which the big parties have no credible answers. We are entering uncharted political waters where the old certainties no longer apply. The 2011 election will be the least predictable Scottish election yet.

Of course, there is no guarantee that workers will look to the left for answers. History suggests that the right are just as likely to prosper in hard economic times. But political space is opening up and some new or renewed political force will occupy it. If the non- Labour socialist Left are to squeeze into even part of that political space, then we too will have to up our game. We too will have to convince many more workers than we have so far that we have radical, relevant, credible and socialist answers to the challenges of a new age of capitalist austerity.

Thankfully, there are positive signs of new thinking across the Left. The Labour Representation Committee now recognises its need for socialist allies beyond the Party. The No2Europe Yes to Democracy platform is a sign that more unions are finally breaking the electoral fetters that bound them to New Labour. The Convention of the Left is beginning to break down sectarian barriers. The Peoplesí Charter is opening up socialist, cross-party campaigning opportunities.

All of these stirrings are in their infancy and as yet incoherent and sometimes contradictory. Nevertheless, Scottish socialists must engage with them and try to shape them in a socialist direction. Together we have to begin to forge a new socialist common sense that can unite our own warring factions and begin to be heard and understood by a Scottish working class that is under the most sustained and vicious attack in living memory.

The stakes are high. Taking the electoral fight to the mainstream parties will not guarantee us electoral success. Not taking that fight to them will guarantee defeat. It really is now up to us.