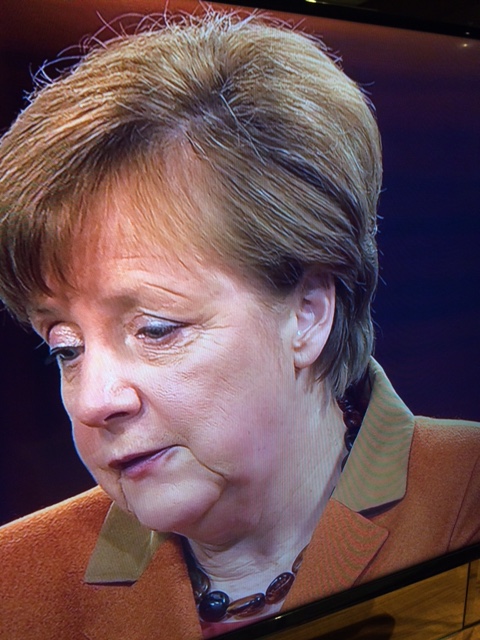 No Jamaican joy in sight for German political establishment

It’s not so nice to say it but Germany is in an almighty mess! It’s not had a proper government since the September 2017 elections. Perhaps some agreement will have been reached by the time you read this. But as yet the old deposed ministers still rule as temporary ‘caretakers’, left-overs after the uncomfortable four-year wedlock, like divorcees stuck in the same flat. The Social Democrats (SPD) are junior partners. Their seniors and colleagues – though traditional foes – belong to the ‘Union’, Angela Merkel’s Christian Democratic Union (CDU) and its single-state sibling, the Christian Social Union (CSU) from Germany’s biggest, most right-biased Bavaria. All three were trounced, the SPD so brutally – at an all-time low of 20.5% – that its leader, Martin Schulz, who led the way to defeat, swore: ‘The coalition was our undoing! Never again! We must now opt for opposition and reassemble our ranks’.

The Union lost even more voters but, still the strongest with 33%, it faced the task of finding enough deputies to achieve a 355 majority in the 709-seat Bundestag. The 69 from the LINKE (Left), still ‘nasty Reds’ for those conservatives, were out of the question. The Alternative for Germany, (AfD), new in the Bundestag, frighteningly, with 92 seats, included so many hate-ridden neo-Nazis that political hygiene required their ostracism (at least for the time being). This forced the Union, to take that 355 seat hurdle, to win the two remaining parties, the big-business-oriented Free Democrats (FDP) and the Greens for a so-called ‘Jamaica coalition’ – like that distant island’s flag it would combine the Union’s symbol color black with Green and the FDP’s yellow symbol color. But this jolly flag defied hoisting. The four wrangled and bickered, with the FDP opposing environmental or any other regulations, which were the Greens’ main stock in trade aside from welcoming and accepting refugees.

What to do? New elections might end up much the same or bring even worse losses, most likely enabling the menacing AfD to profit from the muddle. Then what about a novelty, a minority government? Merkel rejected this as to pass any measures requires appeals for support from changing partners, eager for new bargains. Now a reluctant savior has re-emerged. After all, someone must preserve Germany’s solid, respected reputation! Pure patriotism caused the SPD to offer succor. To assuage its leftwing and its pride, SPD leaders are demanding at least two policies. One is a change in the national health system, cutting out privileged private health insurance schemes. The other would enable young Iraq or Syrian refugees whose stay in Germany is permitted to fetch family members as well. To both, the Union says ‘Never’!

What gets the scantest attention in the negotiation? It’s the urgent needs of ever more working people, forced into unstable, temporary, part-time jobs or, if jobless, into menial tasks at hungry dole rates. The SPD deplores all this, but aside from a weak new minimum wage law gets little accomplished.

The Union and the SPD do already agree on one issue; creating a strong European military force separate from the USA-dominated NATO, with new EU headquarters, marine headquarters in the Baltic, a military academy, mobile medical facility and more joint maneuvers to guarantee ‘constant deployment readiness’. ‘The United Army of Europe – that is our long-range political vision’, SPD politicians declared. With Germany its strongest, guiding element, it would represent one more step in century-old ambitions of its financiers, Industrialists and generals to extend their might globally. Even without an established government, the new Bundestag has voted to keep German soldiers in Afghanistan and Mali; only a few SPD MPs defied their leadership, voting ‘no’ or abstaining.

It seems all the parties are sliding rightwards. The Bavarian CSU replaced its long-time state governor candidate with a man even further to the right – to win back voters from the AfD. Merkel’s seemingly generous immigration policies have long been discarded as she tries to keep her footing. The Greens, their radical past long since forgotten, may soon drop the one ‘fundi’ plus one ‘realo’ co-chair tradition, with the former still concerned with social conditions, while the pragmatic ‘realists’ are happy to join with anyone to get a few warm cabinet armchairs. And even the LINKE has its troubles. It still opposes sending troops to Mali or Afghanistan, but one wing still dreams of a national coalition with the SPD and the Greens and, to overcome obstacles to that goal, seems to be down-playing opposition to NATO and stationing troops abroad, while even joining the chorus which calls all critics of Israeli policy ‘anti-Semites’, a particularly nasty accusation in Germany.

Meanwhile the 92 AfD MPs are laughing at others’ troubles while hailing heroes of Germany’s ‘great past’, viciously attacking anyone preferring a crescent to a cross, and rejoicing that most of Eastern Europe and many in the West are veering rightward, most recently with the new Austrian government. With 12-13% in polls in Europe’s strongest power, it calculates how many more will join them with the next economic nose-dive. The urgent response is the left to offer working people convincing explanations of the causes of their worries and hardships, and leadership in getting at their roots in new solidarity. Troubled Germans took heart at news about Bernie and Jeremy; a good portion of that enthusiasm in their campaigns is urgently needed here.

Victor Grossman, McCarthy-era ex-pat from New York to East Berlin, writes books and Berlin Bulletins in English and German. His autobiography is ‘Crossing the River, A Memoir of the American Left, the Cold War, and Life in East Germany’ (U. of Massachusetts Press).